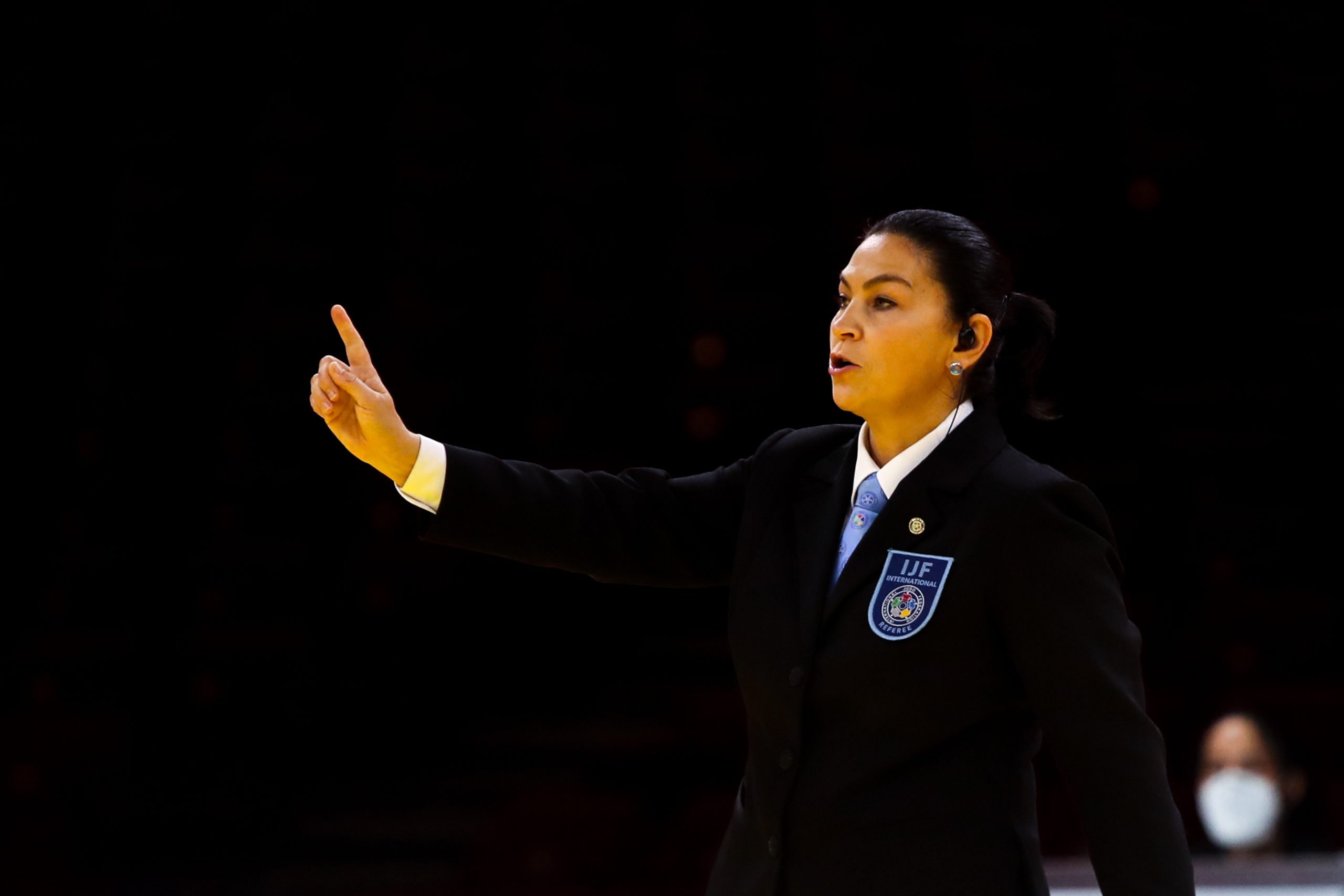 The Olympic Games have come to a close, Japan is looking toward a new dawn, that of the Paralympics. Another looking forward to arriving in Tokyo is Ioana Babiuc.

Ioana didn’t take up judo as a very young child as many do, but found her place on the tatami as a 12 year old following the passing of her father in 1987.

I felt I was without protection, I was talking with my neighbour as he practiced judo, and I decided to practice this wonderful sport. At first, I thought that by practicing judo I will learn to fight with the boys, but I discovered all the values of judo.

As a sport, judo can bring many things to a persons life, impacting an individual early on. It is easy to find ways in which ‘judo is more than sport’. One particular way it affected Ioana is that is certainly made her determined in every thing she does, whether that be in the sport or in her education.

By practicing judo I learned to be a simple person, modest, honest and I also learned to wish to become better in everything I do. Every athlete feels when the time comes to give up competing, but I wished to stay in judo. In the past, you could become a referee at the age of 21, I remember then I was a student at the University of Hidrotehnic to become engineer. In 1996 I was also an athlete and I decided to become a referee, to have the opportunity to stay as long as I can in judo.

This was only one decision she was faced with. For most, becoming a club practitioner is the natural direction when reaching a certain age, the life of a professional athlete contends with education, personal life. Ioana knows this all too well, and though she decided on becoming a referee, this poses it’s own difficulties.

First of all, it was hard for me to manage the job that I had at home while my my trips related to refereeing became more frequent. I preferred to change and have many jobs when my employers didn’t accept my travel for refereeing, but never did I think to stop my referee career.

On the tatami there are more things to consider,

Also, in refereeing is not easy to referee correctly if you are not focused 100% on the fight, and I keep thinking of daily problems. After a few years, I changed my profession, I took University courses to become a judo teacher. As a referee I always had the support of the Romanian Judo Federation and I was encouraged to keep going on this path. The quality of refereeing can be seen in time…much time! And time means life! We must have patience while we specialize in performance and to help the people near us, because working together, the referee team becomes better.

Ioana has been at the top of her game for many years now, ranking high in the refereeing list is an extremely tough job and carries a lot of pressure. With all these difficulties comes a great sense of achievement when realising your full potential.

I can say that in each competition from IJF Judo Tour I take with me some memorable contest. The Olympic Games is the most important competition for all athletes, coaches, referees, for everybody who is there and the feeling is special! Everybody is happy, positive and want to show the best quality.

In 2012 I had the honour to participate at the London Olympic Games as a referee, and of course, each of us wants the ‘grand prize’ -to referee an Olympic final. In the last day of the competition I refereed the +78kg final between Idalys Ortiz from Cuba and Sugimoto Mika from Japan. That was the moment when I said to myself that everything is possible!

The refereeing teams are a tight knit group and incredibly supportive of one another, working with the best makes you better and this is absolutely the case for Ioana who boasts many idols that have helped her in her career.

First of all I want to thank all those people, referees from Romania who have taken part in my training over the years and two special referees that formed me, Largu Constantin and Savu Constantin. They trusted in me and they encouraged me to keep on my way. Also Stoicut Ionel, Olympic referee from Romania, he was referee in Athens 2004 and Beijing 2008, he was my model and I always wish to have the same performance. I have very good friends, with much more experience than me, Cathy Mouette (FRA) and a special referee with a positive mind is Manuel Cortez (ESP), both of them are olympic referees. They are my role models for my life!

All of this positivity will soon come to light once more in Tokyo this year as she prepares for the Paralympic Games despite the current restrictions. The morals of judo will shine through as always.

I am grateful I will get the chance to take part in the Paralympic Games and I am glad that athletes will be able to show all their work over the years and the contests will be sensational! It will be impressive for me to be where the history is written, at the Budokan, I hope to have a good feeling of the judo spirit, but with regret that there will be no spectators. For sure I’ll meet special people with kindness, while noble souls and smiles hide behind the protective mask.

After already seeing the great performances and spirit of the Olympics, we are very excited for the Paralympic event to get underway!