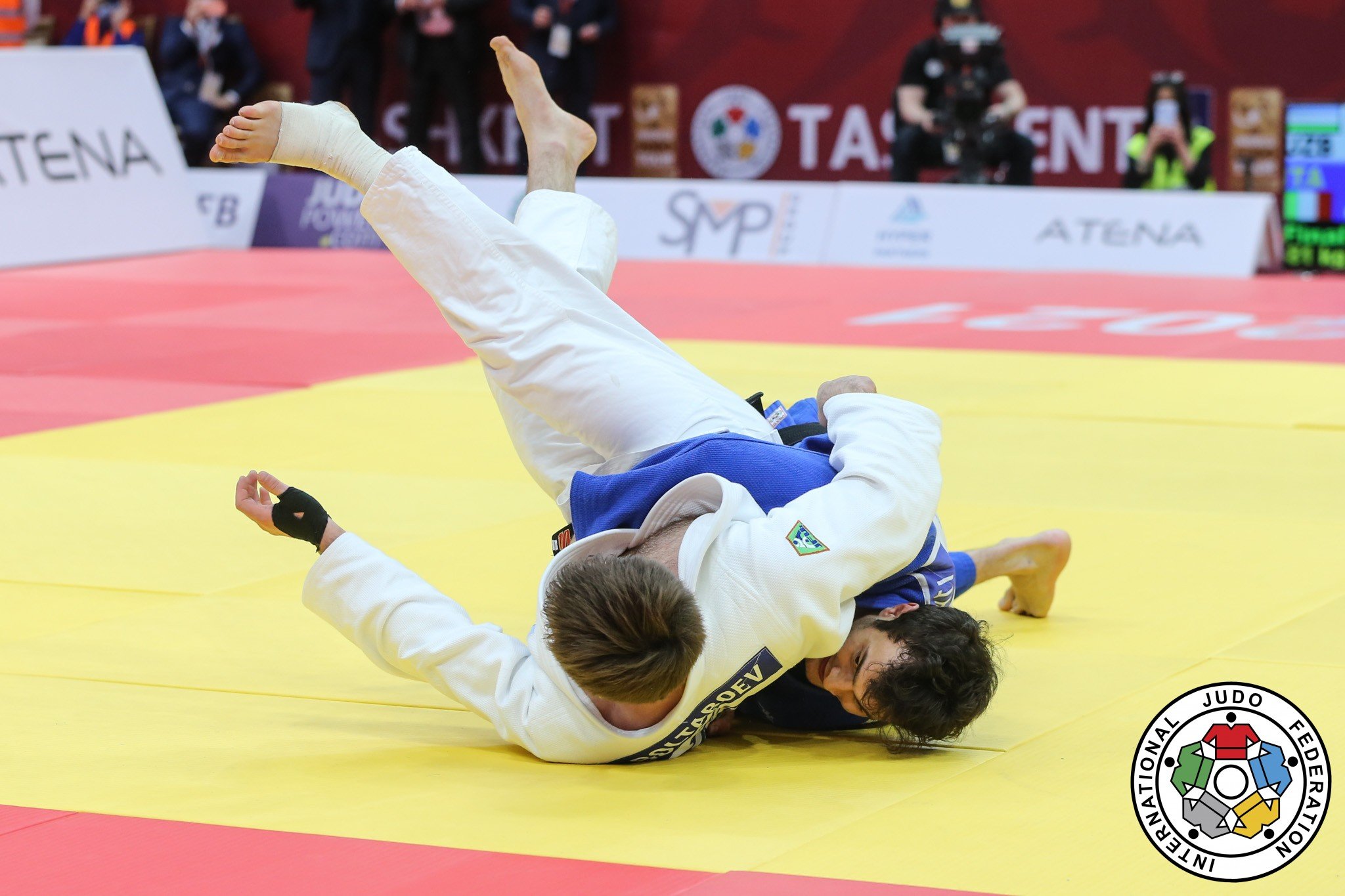 All was going well in the -81kg category when in the semi-final world number one Matthias CASSE (BEL) was thrown for waza ari with kata guruma by home favourite Sharofiddin BOLTABOEV (UZB) for waza ari. Semi-final fireworks were shared evenly when 2015 world champion NAGASE Takanori (JPN) was thrown for ippon by Christian PARLATI (ITA) who executed a stunning o uchi gari whilst on one knee. Parlati had the tough task of facing the home favourite Boltaboev in the final. But after a tense regulation period, Parlati, in the first minute of golden score, launched what is now his trademark o uchi gari from one knee throwing Boltaboev for waza ari to take the gold medal. Nagase managed to bounce back to defeat Ivaylo IVANOV (BUL) in the first of the bronze medal contests when he threw the Bulgarian for ippon with o uchi gari. The second of the bronze medal contests featured Matthias Casse up against team mate, Sami CHOUCHI (BEL) who, quite unusually for a match-up with athletes from the same nation, came to the tatami with their respective coaches. As expected, there was a gritty clash that went into golden score where Chouchi came up with a yoko sutemi waza for a waza ari and the bronze medal. 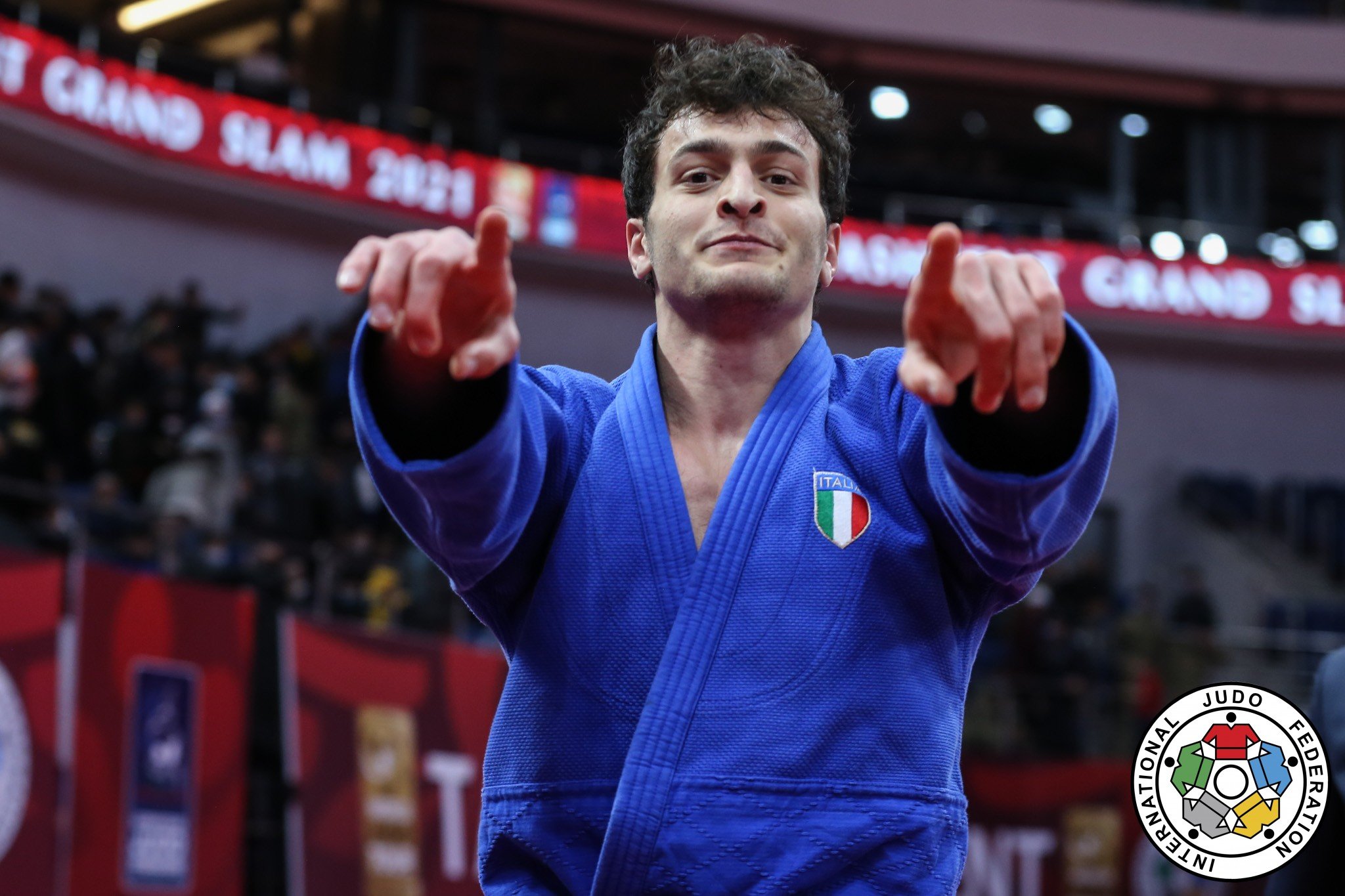 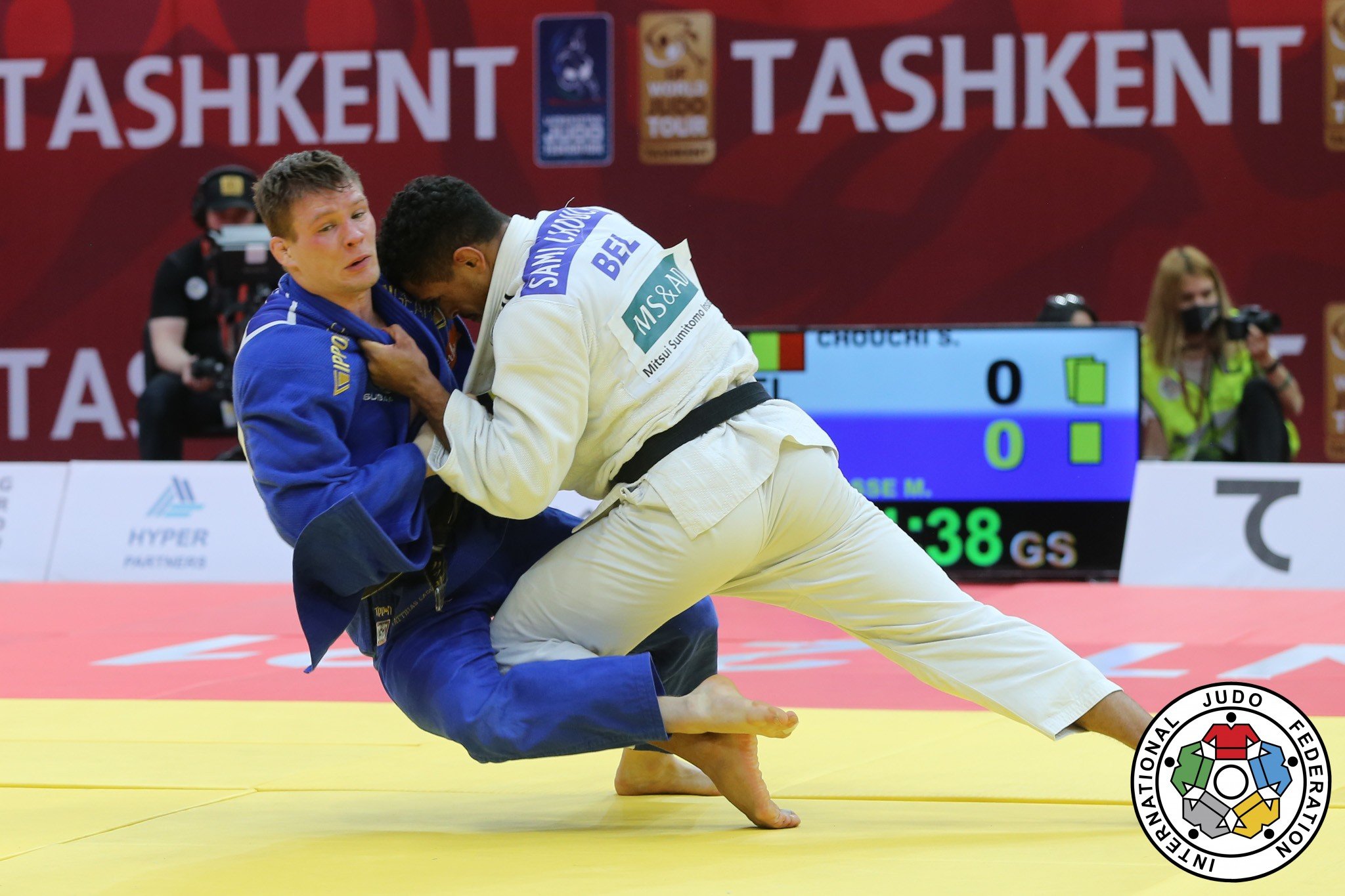 Quite surprisingly the number one seed in the -63kg category, TASHIRO Miku (JPN), had never faced number two seed Andreja LESKI (SLO) but it happened here today. It seemed the most likely final but, unfortunately for Leski, it lasted less than a minute as Tashiro threw the Slovenian (how many times have we heard that before) with de ashi barai for ippon and the gold medal. There was a quick win too in the second of the bronze medal contests when after only 15 seconds Amy LIVESEY (GBR) threw BOLD Gankhaich (MGL) with uchi mata for ippon. Daria DAVYDOVA (RUS) lost out in the other bronze medal contest to Anriquelis BARRIOS (VEN) when in golden score she was thrown for waza ari with sumi gaeshi.

Things did not go quite to plan in the -73kg category where number one seed Rustam ORUJOV (AZE) lost in the quarter-final when, attempting a harai goshi, he was countered with ura nage for ippon by unseeded Ferdinand KARAPETIAN (ARM). Number two seed Tommy MACIAS (SWE) suffered a surprise third round exit when he climbed onto an uchi mata from world ranked number 206 Obidkhon NOMONOV (UZB). Whilst Macias was out of the competition Orujov went on to win the bronze medal when he threw Nomonov with sumi gaeshi, the single waza ari score proving enough. Karapetian, having lost in the semi-final to Zhansay SAMGULOV (KAZ), came back in the second bronze medal contest to defeat Guillaume CHAINE (FRA). In the final TSEND-OCHIR Tsogbaatar (MGL) took the gold medal when Zhansay SMAGULOV (KAZ) committed a third shido offence, grabbing the leg to clearly assist his execution of a throwing technique. 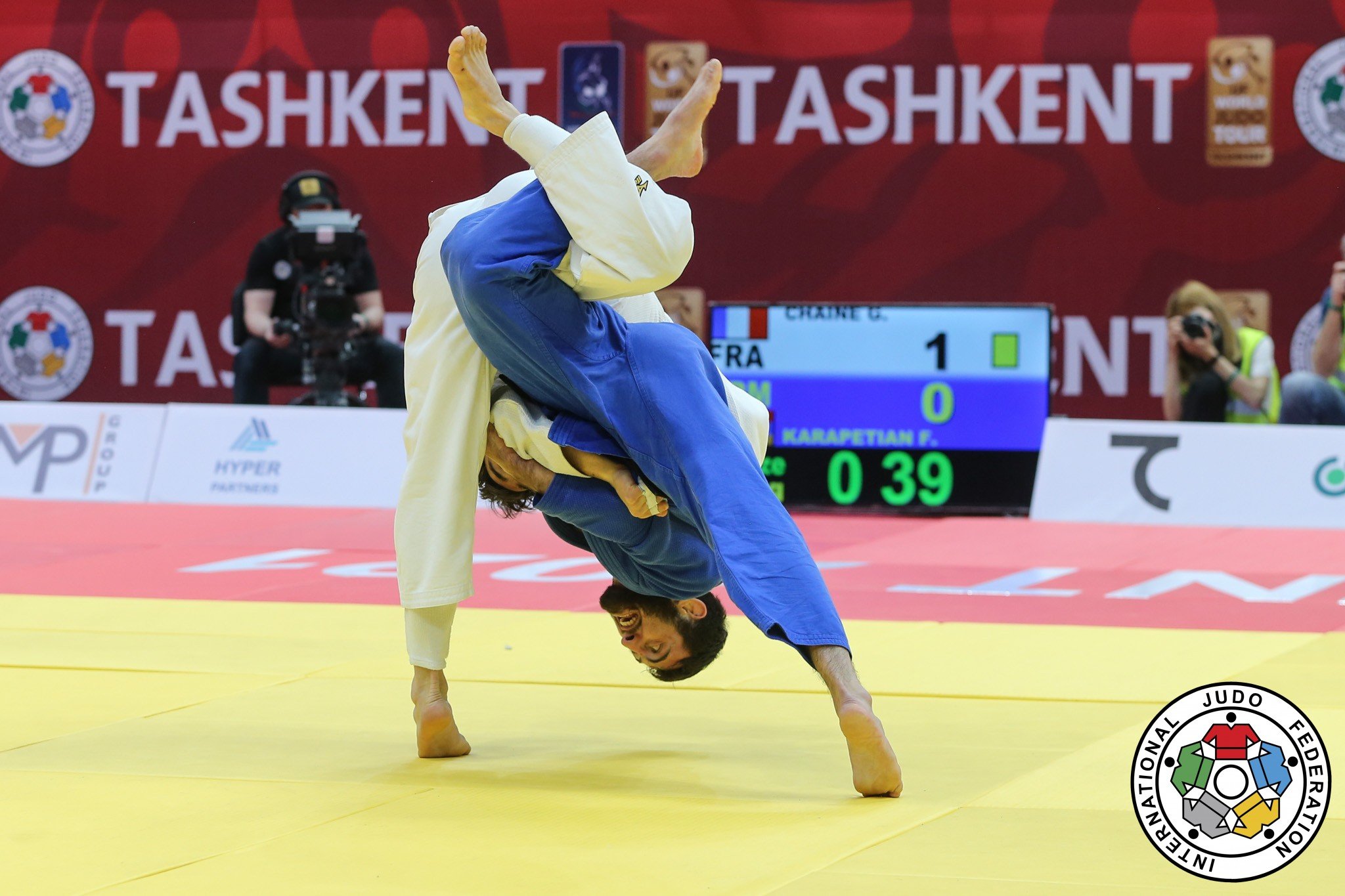 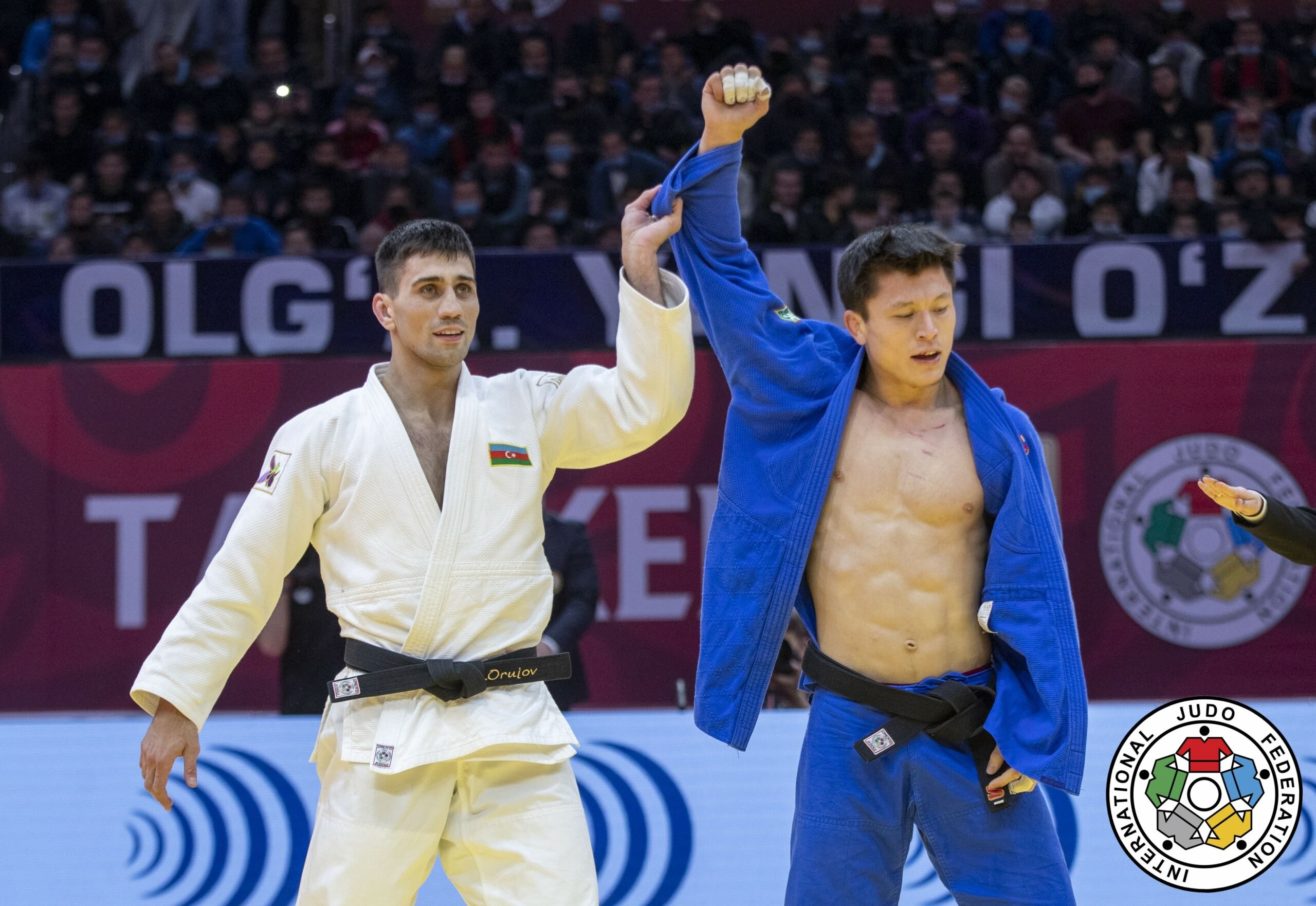 Former double world champion ARAI Chizuru (JPN) was made to work harder than she probably expected in the -70kg category. Arai clawed her way to the final where she faced Barbara MATIC (SLO). Matic had started out her day with a first round win against the promising, unseeded Alice BELLANDI (ITA) whom the Croatian threw twice to overcome a tricky obstacle on her way to the final. A single slip in the final gave Arai the opportunity for a counter and the resulting waza ari was enough to give the Japanese the gold medal. Elvismar RODRIGUEZ (VEN) won the first of the bronze medals when she threw Ellen SANTANA (BRA) in golden score for waza ari with o soto gari. In the second bronze medal contest Gulnoza MATNIYAZOVA (UZB) had the home crowd cheering on their feet when within 15 seconds she threw Anka POGACNIK (SLO) with a huge uchi mata for ippon to take a bronze medal.