PATRÍCIA SAMPAIO GETTING READY FOR VANTAA 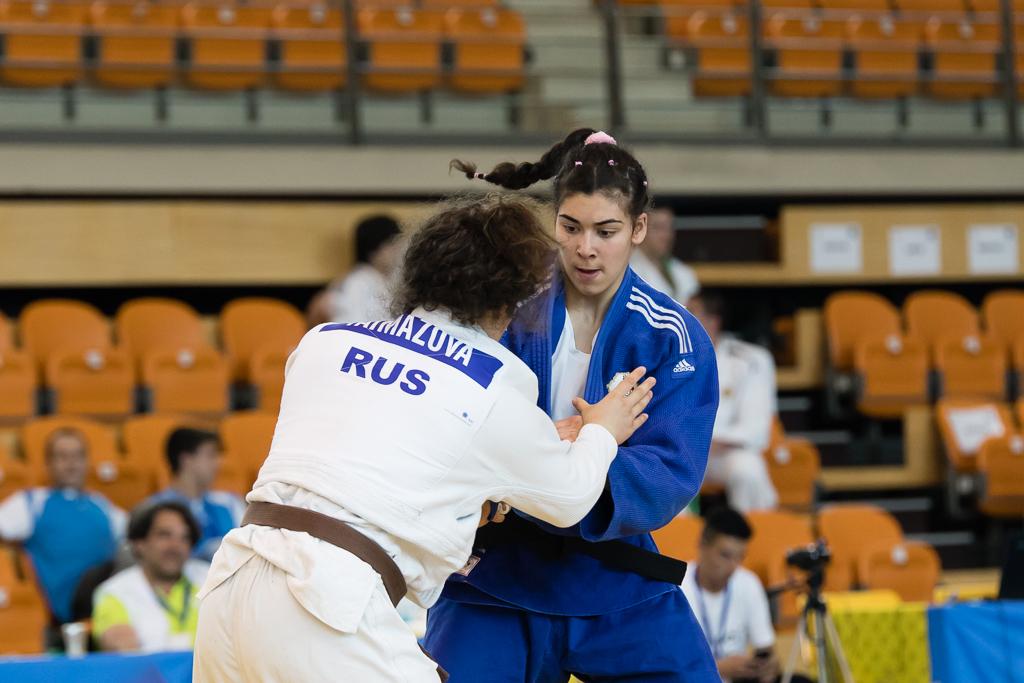 Portuguese youngster Patricia SAMPAIO (-70kg) proved her potencial at the second day of the Cadet European Judo Cup in Coimbra. Sampaio, winner of a silver medal, is currently number 4 in the cadet world ranking list and a big hope for upcoming Cadet European Judo Championships which will take place on the first weekend of July in Vantaa (Finland). Her today’s performance was very satisfying, not only for the audience gathered in Mario Mexias Sports Hall, but also for the Technical Team of Portuguese Judo Federation. “This was the last competition before European Championships and the event was very competitive. We won one medal yesterday and two today. Considering the level of this Cup we are satisfied with the performance of our athletes”, said Rui Vieira, Technical Director of PJF.

It is the second silver medal won by Patrícia Sampaio in Coimbra, after taking one earlier this year at the Junior Cup. Competing at home can be an advantage factor, however, she has already shown that is capable of reaching medals away from Portugal. “She had a fantastic season. She won medals in Teplice, Berlin, Fuengirola and competed both in cadets and juniors. We’re hoping for good performance at the European Championships, but the long-term goal is to form a team that can successfully compete in junior division and, finally, win medals in seniors”, explained Rui Vieira.

Sampaio lost in the final against powerful Madina TAIMAZOVA (RUS), current bronze medalist of World Championships and a leader of world ranking. The medal of Taimazova was one of 9 golds claimed by Russian team over the weekend. In total, the team won 9 gold, 9 silver and 9 bronze medals, finishing the competition at the top of medal table.