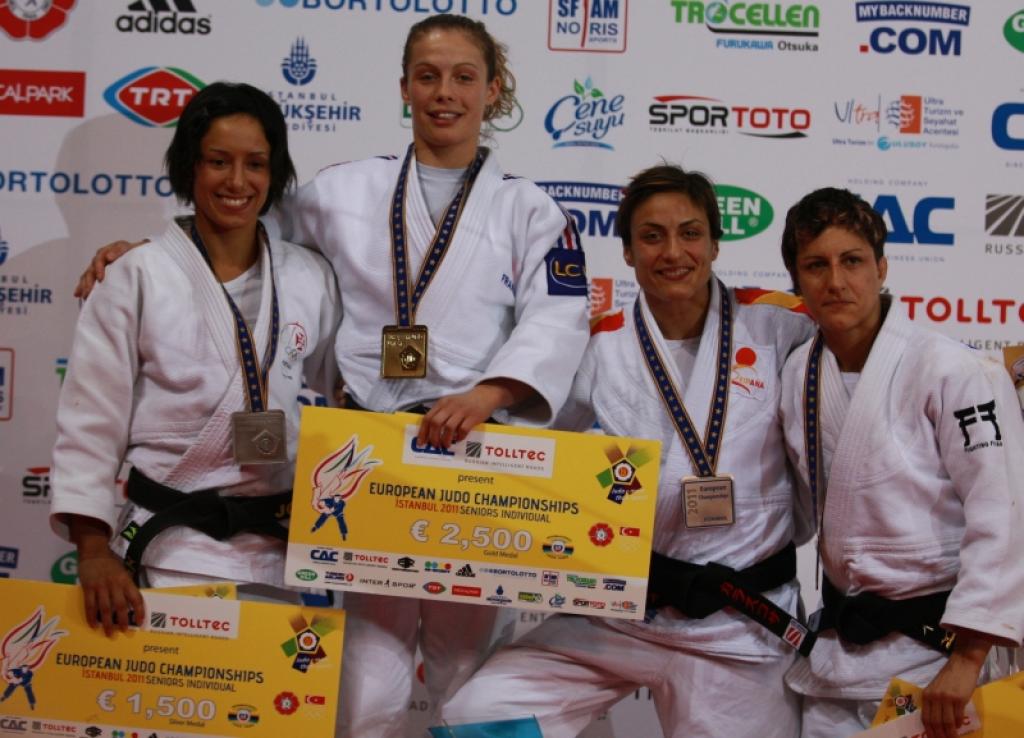 A surprising final U52kg between Penelope Bonna (FRA) and Joana Ramos (POR). This year Bonna defeated Ramos in the 1/8 final at the IJF Grand Slam in Paris. Last year at the European Team Championships Bonna defeated the Portuguese for the first time. Today in Istanbul it wasn’t different and Bonna decided the match before the end by ippon and improved last year’s bronze medal by taking the gold this edition.

Bronze
Sophie Cox (GBR) defeated Jaana Sundberg (FIN) for the bronze medal. Cox won her fourth medal at a European Championship.
Ana Carrascosa (SPA) was able to defeat Tarangul (GER). The German had won the previous match among the two fighters but in Istanbul Carrascosa decided the match with a great point.