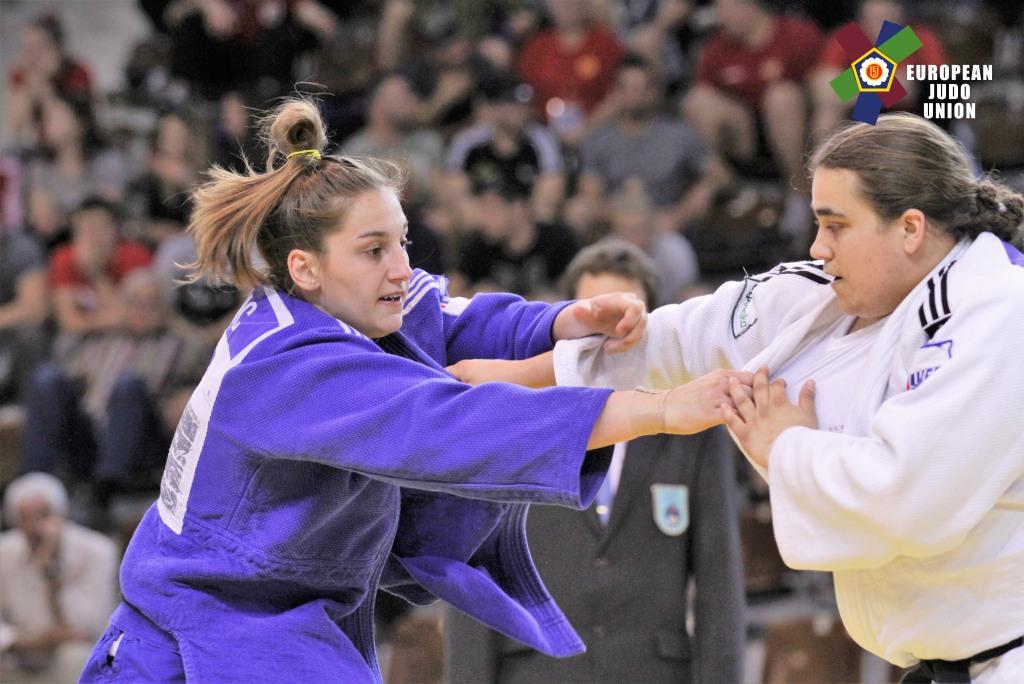 Two days of attractive judo, sunny weather and a Croatian party for the +78 kg podium at Senior European Judo Cup in Dubrovnik.

The second day of competition in Dubrovnik brought interesting fights and a great atmosphere in Gospino Polje Sports Hall. Domestic fans were happy with the results of the +78kg and +100kg categories. Dubrovnik-born, Ivana Šutalo, and Croatian team member, Ivana Maranić, made it to the +78kg finals. At the end, Ivana Maranić won the gold medal. Tina Radić and Zrinka Miočić added bronze medals in the same category to see a complete Croatian lineup on the podium.

Ivan Čović (+100kg) made it all the way to the finals where he fought against Pepoli (ITA). During this rather interesting contest, Čović shown to be more active and as a results of that he was able to celebrate at the end when winning in «golden score».

French judokas continued a great run and finished in Dubrovnik with 19 medals in total. Basteraud (-78kg) won the gold on Sunday, while Marchand added a bronze in the same category. France won gold also in the -81 kg category, where Collin celebrated against Milić (MNE). Diao (-90kg) won silver after Ivezić (SRB) turnaround his lead (wazari) for a gold medal and a big celebration.

Mentioned medals for Croatian judokas were a perfect ending for domestic fans and organisers, who kept receiving praises for their great management and hospitality throughout the weekend.