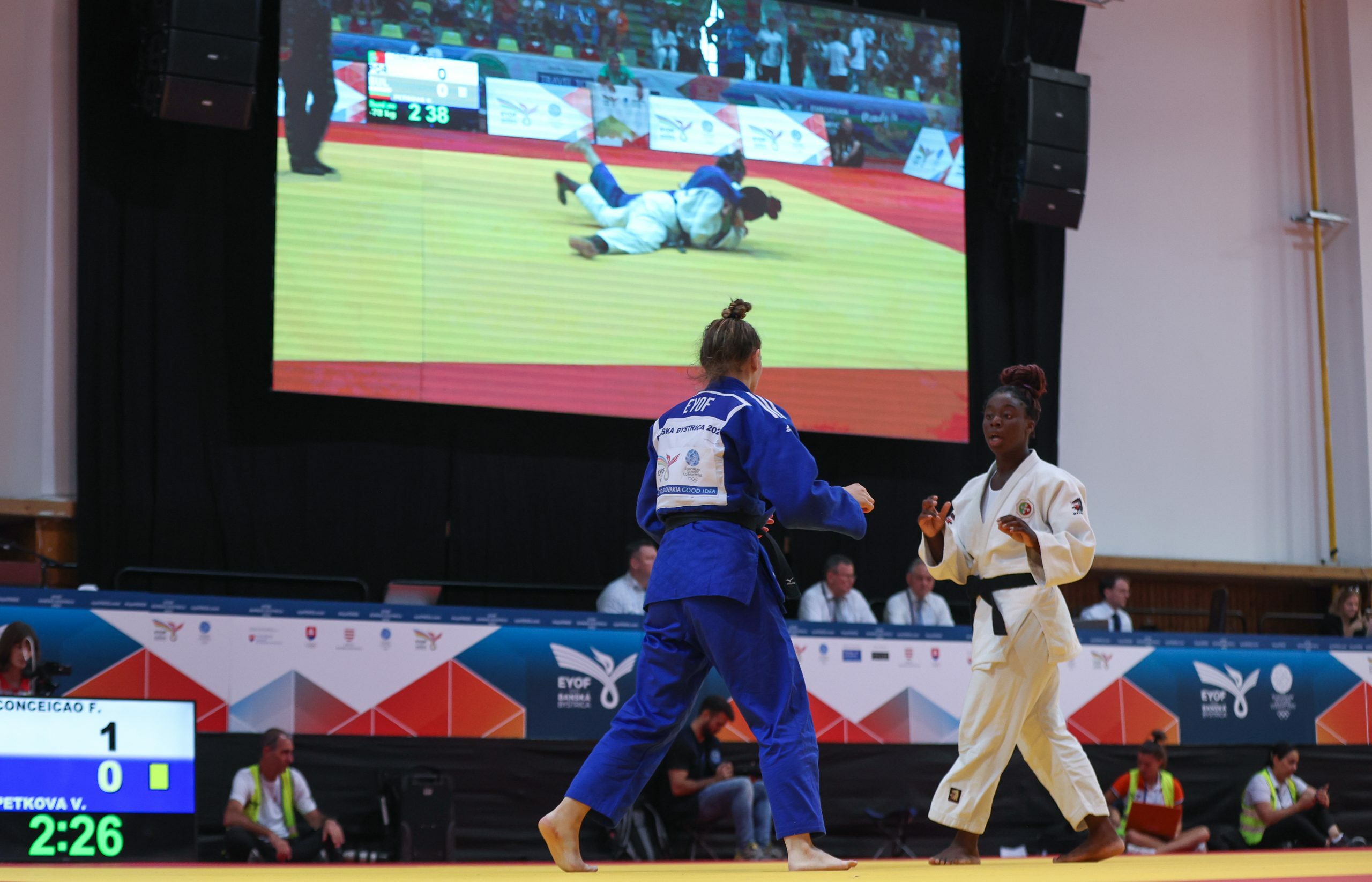 Catarina Rodrigues: “We are treating the EYOF as a prime event. We had a total of 20 staff members in Banská Bystrica plus 12 referees. We livestreamed 40 hours on 3 different channels and we ended up with 21 countries in the mixed team event and 22 countries winning medals. Both is great for the sport. Not to speak of the 800 spectators per day, from 10 in the morning until 6 pm. We had a full arena for the whole tournament, no other sport attracted that many spectators. That was even a surprise for us. It says a lot, that the EOC President Spyros Capralos visited us three times – that shows a lot of respect for European Judo. That is something we are happy to build on.”

The Ukraine (3-1-2) and Netherlands (3-1-1) came out on top of the medal table, followed by Mixed Team Event winner Azerbaijan (2-4-2). A total of 22 countries were winning medals. How would you rate the sporting level of the European Youth Olympic Festival?

Rodrigues: “The European Olympic Committees don’t publish an official medal table of all 10 sports. When former IOC President Jacques Rogge founded EYOF, it was about young athletes getting used to the scope of an Olympic experience – with about 3,000 summer sports athletes from about 50 countries, opening ceremonies, Olympic athletes villages, quite sophisticated awarding ceremonies etc. It’s about young athletes developing on an international level. Just to think about, since the first edition in 1991 we had a total of 45,000 athletes from 50 countries participating at European Youth Olympic Festivals. Only one EYOF winner (in Judo) became a traditional Olympic champion, the Greek Ilias Iliadis (-81) at the Athens Games in 2004. He was 17 years old, when he won the Olympic Gold medal, at the age of 14 he had won an EYOF gold medal in Murcia (ESP, 2001). What we like is that most of the EYOF participants seem to be professional athletes already. They want to continue their sports careers, they are dreaming of becoming Olympians. Talking about the sporting level of the five competition days: It was absolutely thrilling, we saw lots of spectacular fights. I am quite sure, that we will see some of those EYOF participants already in Paris 2024.”

You mentioned the 12 referees (one country each) earlier. There it’s all about promoting them as well, isn’t it?

Rodrigues: “This is a question for Alexandr Jatskevitch (EJU Head Referee Director). On one side it’s about ensuring the right medal winners leaving the mat after each contest, on the other side those referees are in the running to reach top level. The EJU tries the best to ensure, that in the future they will get there. Maybe not 2024, but in some years. It’s something we experience in all areas, at the EYOF we are dealing with young National Olympic Committee officials, young coaches, young athletes and also young referees. This is something special about EYOF editions – there is a young, fresh spirit. I did like it. The feedback of our coaches was very good, to say the least. It was an amazing judo event, all of us are looking forward to next year’s edition in Maribor (SLO). I want to add a big thank you to EYOF organising committee, our EJU team and special thanks to the Slovak Judo Federations and volunteers for their great work.”