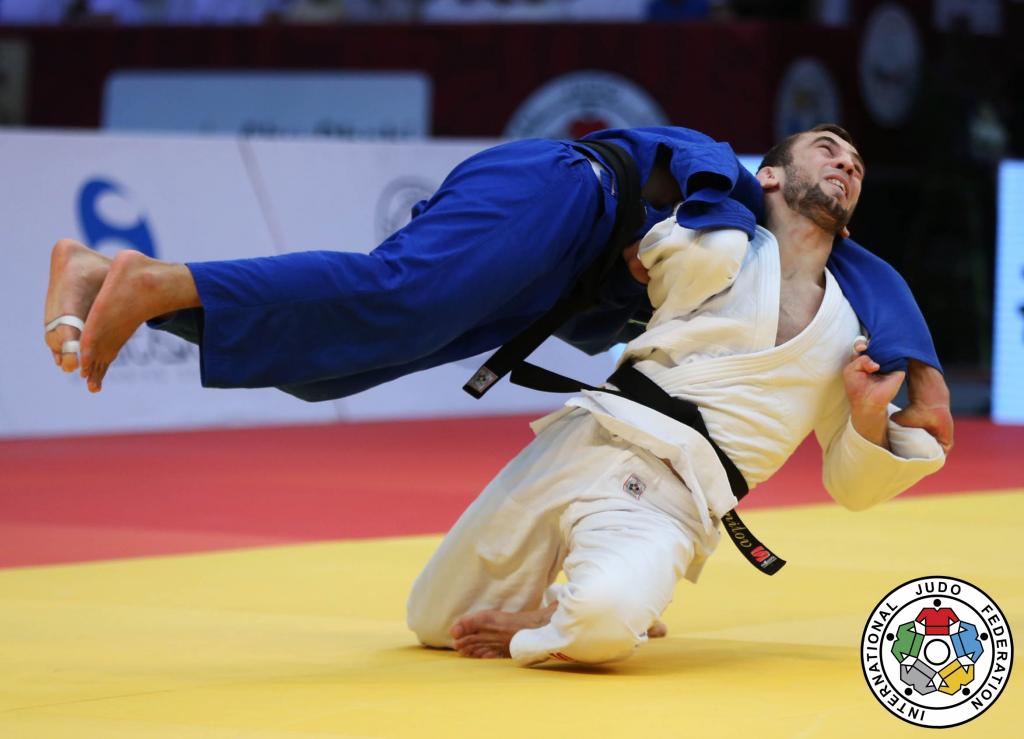 The -66kg category offered up an interesting question on the opening day of the Abu Dhabi Grand Slam. How would the newcomers from the -60kg category cope with life in the heavier weight division? Chief among the newcomers was 2012 Olympic champion Arsen GALSTYAN (RUS) who had moved up a little over a year ago. Vugar SHRINLI (AZE) had made the move five months ago whilst for Askhat TELMANOV (KAZ) and Ilgar MUSHKIEV (AZE) it was three months. The rookie however was Eisa MAJRASHI (KSA) for whom this Grand Slam was a first outing. Unsurprisingly, only Galstyan (seeded number four) had sufficient enough time to accumulate enough points to warrant being seeded.

Today however was not the day for giant killers (or newcomers) and it was Yakub SHAMILOV (RUS) who in what was his eighth appearance in a Grand Slam took his first Grand Slam gold medal. Shamilov began by defeating Telmanov, scoring yuko within the first minute with yoko sutemi waza. Thereafter the Russian pretty much closed up shop and took his place in the quarterfinal where he faced teammate Galstyan. An attempt by Galstyan to throw with ko uchi gake was countered by Shamilov with ko soto gari for waza ari. Shamilov moved quickly to secure tate shio gatame and take his place in the semifinal.

Shamilov’s semifinal opponent was number one seed Andraz JEREB (SLO) who put up a fight worthy of his seeding position. However with a minute left to go in the contest Shamilov came up with a superb left sided o uchi gari for ippon and book his place in the final against Azamat MUKANOV (KAZ). The pair had fought once previously at the Almaty World Cup as it was then back in 2011 when Shamilov came out on top. Here the result was the same with Shamilov scoring after a little over a minute with his modified kata guruma for waza ari. Thereafter Mukanov could make no headway and Shamilov was finally able to secure his first Grand Slam gold medal.