Phenomenal victories at the Junior European Cup in Leibnitz 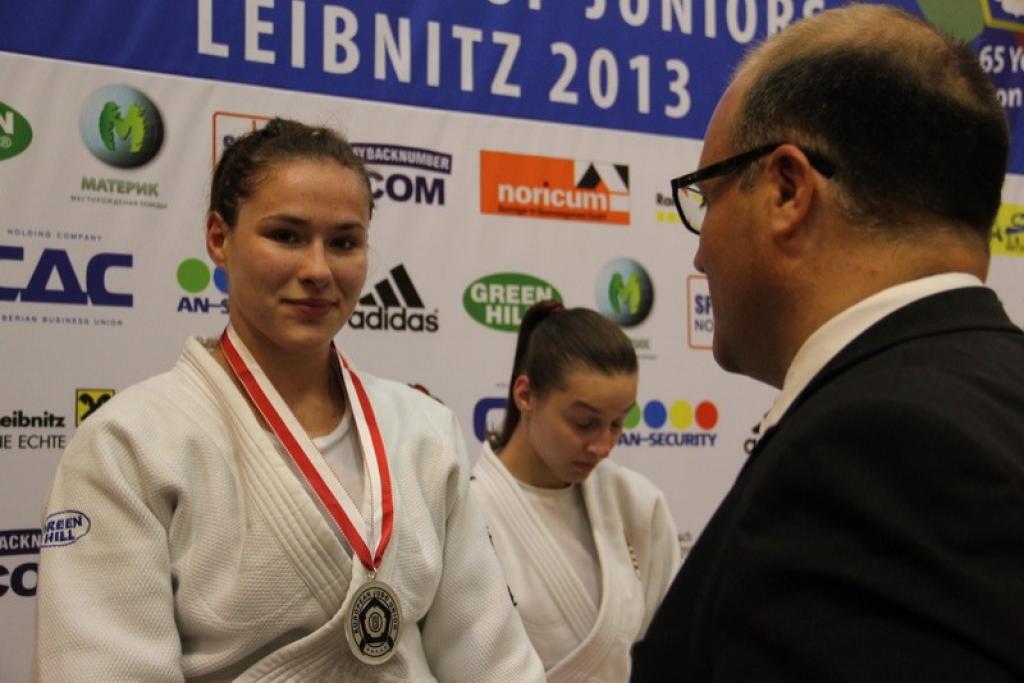 Serbia is building up a reputation in judo. The sports minded nation is not only fond of tennis and basketball, also in judo the sports level is developing in a good way. Not only at senior level, but there’s more to come. At the European Cup for Juniors in Leibnitz two Serbian fighters won their categories. The 10th and 11th victories at this European level this season. Today Ilija Ciganovic continued his progress and stilled his hunger with a gold medal U66kg. Last year he won a bronze medal in Leibnitz but today was his day when he defeated Dauren Aldynazarov in the final. The Kazakh was one of the strong judoka of the day but Ciganovic was able to stop him. The Serbian also defeated Adrian Gomboc who won bronze afterall.

Magomedramazan Gazev won the gold medal for Russian U73kg. Sami Chouchi (BEL) and Bashir Tkhagalegov (RUS) both won bronze in Leibnitz where more than 400 judoka came together for this strong tournament.

Among the 167 young women some phenomenon’s seemed to unveil. One of them is the just 16-year young Szabina Gercsak of Hungary. The super talent already won  three Cadet European Cups but now also won the European Cup for juniors U21 years. In her second match she was able to defeat Do Velema, another talented 17-year old judoka who had already won two Junior European Cups this year. Then she beat strong Gwen Viard of France, the reputated Jemina Yeats Brown, the later bronze medallist with Do Velema, and last but not least EYOF Champion Diana Dzhigaros (RUS) in the final. Keep an eye on the talents.

More to come… Sanne van Dijke of The Netherlands can not be stopped and won her fourth European Cup in a row, an unrivaled record this season. Last year Alexandra Florian (ROU) had the same streak and has now touched senior level, while Van Dijke is just 17 years young. In the final even European Junior Champion Lola Mansour wasn’t the barrier expected and also the Belgian had to bow for the Dutch powerhouse. Yarden Mayersohn (ISR) and Natalia Schauseil (GER) won bronze.

The phenomenon U78kg is Brigita Matic. The tall Croatian is the European Champion U17 and can prolong her title soon in Tallinn, probably U70kg as she already fought in this category this year successfully. But one category higher is a good test at this level and a successful one. After winning bronze twice, now gold for the Croatian judoka. In the final she defeated Russian Valeria Davydkina. Anna Pridannikova (RUS) and Babette van Aggelen (NED) claimed the bronze.