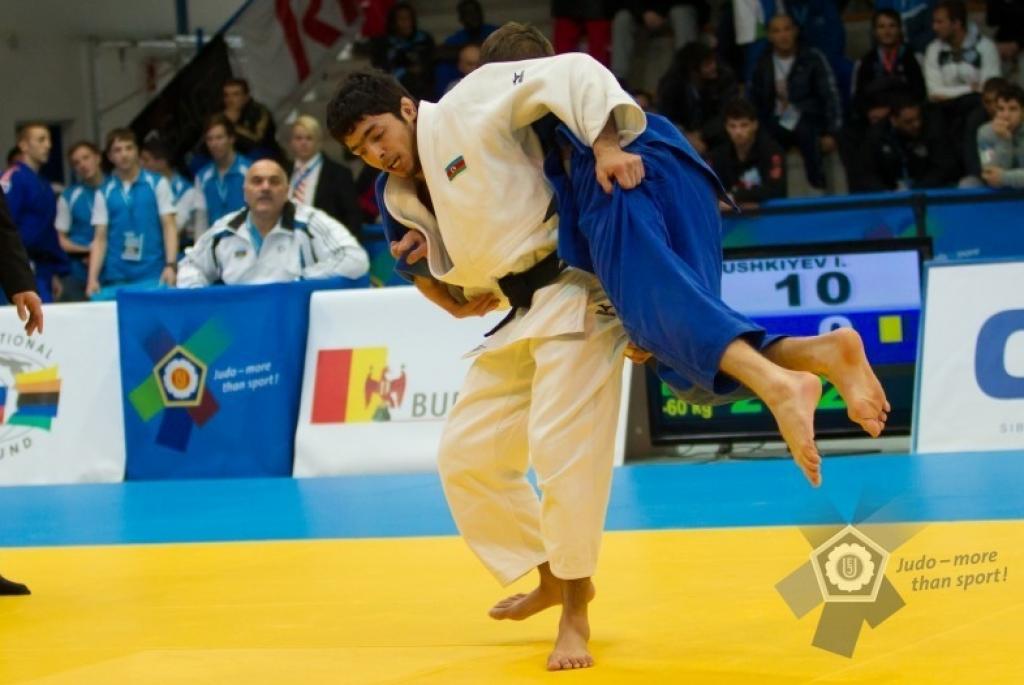 At the first day of the men’s World Cup in Oberwart in Austria, French
judoka Pierre Duprat, the U20 European Champion, celebrated his first
World Cup title. The 22-year Frenchman defeated Japanese Tomofumi Takajo by waza-ari in the final U66kg. Duprat was one of the few European who won a medal at the first day in Austria. Two years ago in Vienna he won a bronze medal.

Georgian Betkil Shukvani was able to win the U60kg weight class in the final against the strong talent Ilgar Mushkiyev (AZE). Two Koreans ended with bronze. Kim Won-Jin who last week lost the final in Paris and Jang Jin-Min who won bronze in the French capital now prolonged bronze.

Shohei Ono (JPN) also won his first a World Cup. Ono is the World Junior Champion of Cape Town in 2011. In the U73kg division he was victorious over Joo-Jin KIM (KOR). His compatriot Kim Won-Jung was third as well as Japanese Yuki Nishiyama, so a fully Asian podium.

In this important World Cup 388 competitors of 71 countries competed and some prominent fighters were disqualified in the strong field. Olympic Champion of Beijing Min-Ho Choi (KOR) lost in the 66 kilo class. Mongolian
Former world champion Tsagaanbaatar Khashbaatar lost in the
73-Kilo class. Also the local icon Ludwig Paischer lost his second bout.
Follow the second day on Sunday with the heavier categories for men.