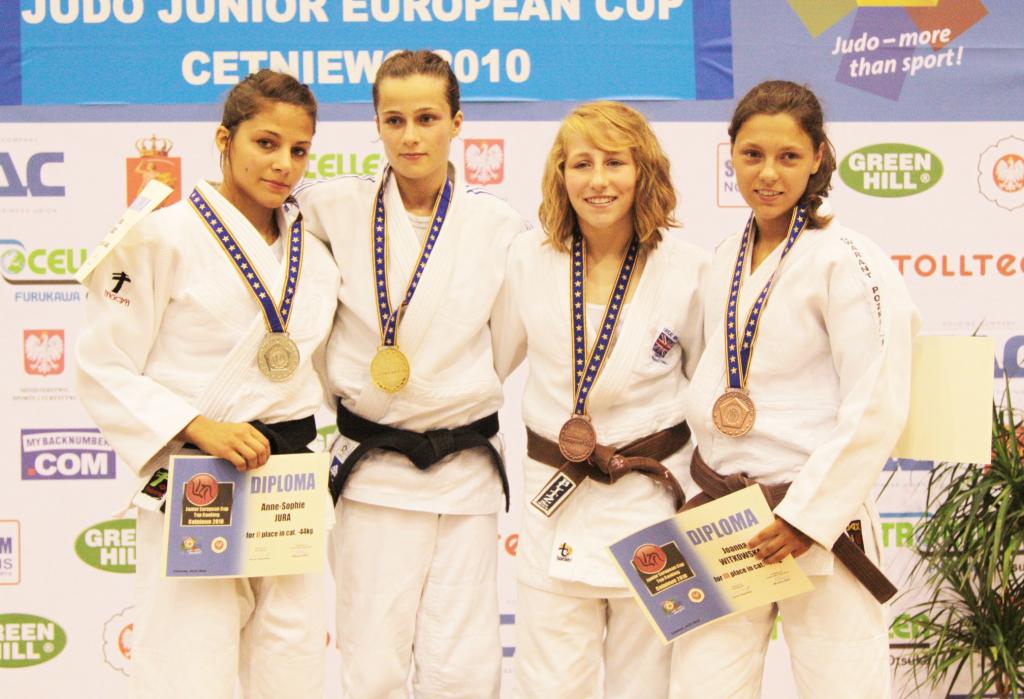 At the first day of the European Cup for Juniors in Cetniewo Poland, twenty countries fought for the medals. At the event, cherishing a long history, Kazakhstan, Romania and The Netherlands won two gold medals.

The Dutch young women Mandy Tjokroatmo (U48) and Sanne Verhagen (U52) won gold in their categories. Verhagen won her first ever European Junior Cup after winning bronze in Lyon this year.

With just 17 years Vugar Shirinli (AZE) already has a broad experience. Last year he defeated triple Olympic Champion Tadahiro Nomura at the world cup in Baku. Today he won the final U60kg in Cetniewo while Tadahiro Nomura, now 35, won the silver at the Chinggis Khan World Cup in Ulaanbaatar today.

Denis Ehrmann (GER) won his third European Cup medal this year, but this time he took the gold after winning bronze (Kaunas) and silver (Coimbra).