POLAND LEADS THE MEDAL TABLE AFTER THE FIRST DAY IN BRATISLAVA 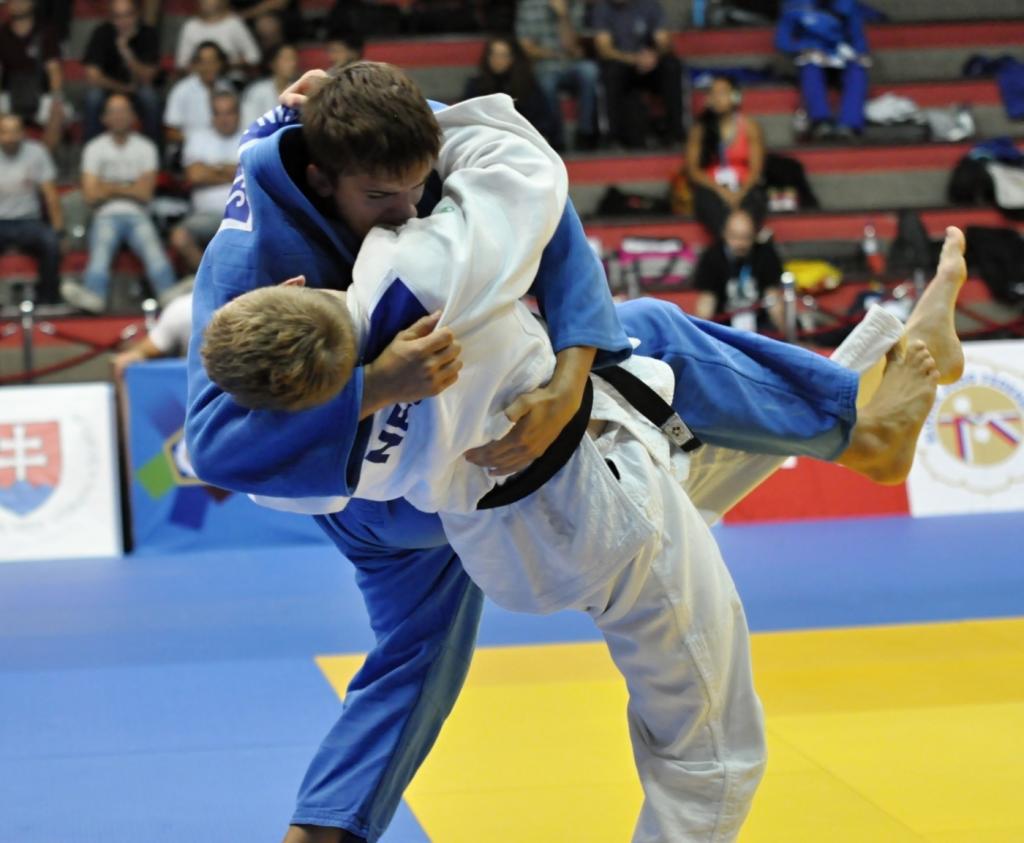 The Slovak Judo Federation is organizing the second Bratislava European Cup this weekend. 237 athletes from 24 countries are participating in the tournament which is held in the nice sports hall located near the city center and the spectators have seen very nice judo with a lot of beautiful ippons.

The leading country after the first day is Poland with 3 gold. The first gold medal won Kinga Kubicka in -48 who defeated her team-mate Stankiewicz by waza-ari with a drop seoi-nage. The second gold for Poland added Pinkowska in -52 kg who scored the decisive yuko in the final with a seoi-nage. “I fought in the team´s world championships last weekend and we lost the bronze medal fight”, said Pienkowska. “I am therefore very happy that I won the gold medal here so that I can forget the loss from Chelyabinsk”. The third gold medal won Aleksander Beta in -66 kg who produced a beautiful ippon with a morote-seoi-nage in the final match. “This is the first gold from any Senior European cup I have won”, Beta said. “I thought that I could be successful with my seoi-nage against my final opponent. I was therefore waiting for the right moment and when it came I attacked as fast as I could. The moment when I was hearing the Polish national anthem here in Bratislava was very sweet and I will never forget it. Next month I am fighting in the Polish national championships. It will be very tough as I will be facing Zagrodnik and Kowalski. But after today´s victory I feel that I can produce a very good result even against them”.

Also for Anna Righetti from Italy the victory in -57 kg was the first gold from any senior European Cup in her career. In the final she scored yuko with an o-uchi-gari and maintained the lead despite of her opponent´s strong effort. “I have already won two bronzes from the senior European Cups but this is my first gold”, Righetti said. “I know my final opponent from training camps so I have prepared a good tactic. I was therefore able to block successfully all of her attacks and won the final. I am extremely happy today”.

But the final of the day was the -73 kg category. Martin Zagorov has become the first Slovakian athlete to win the Bratislava European Cup. In the final he defeated Thiblin of Norway. Zagorov threw Thiblin with a powerful sasae-tsuri-komi-ashi and scored waza-ari. He then continued in ne-waza where he pinned his opponent and made him to tap. “I am very proud to be the first Slovak to win this tournament. But the final fight was extremely tough. I did my utmost to win in front of the home crowd”. His final opponent accepted that Zagorov was the best today. “He deserved the victory today”, Thiblin said. “He simply wanted to win more than me. I have to congratulate him.”

Another chance for gold for Slovakia was in -63 kg. Komlosiova of Slovakia was close to score in the final with an ashi-waza against Krssakova of Austria but eventually it was Krssakova who scored the decisive yuko in the last minute and won the last category of the day. “I was born here in Bratislava”, Krssakova said, “so I am very happy to win the gold here. I hope that I will be able to perform well also in Bucharest in two weeks. This tournament was an excellent test for me and I hope that I could win a medal also in Bucharest.”

The tournament continues tomorrow at 10:00.
Click here to see the Gallery: http://www.eju.net/media/?mode=showEvent&id=1835