POLAND WAS THE MOST SUCCESSFUL COUNTRY IN BRATISLAVA 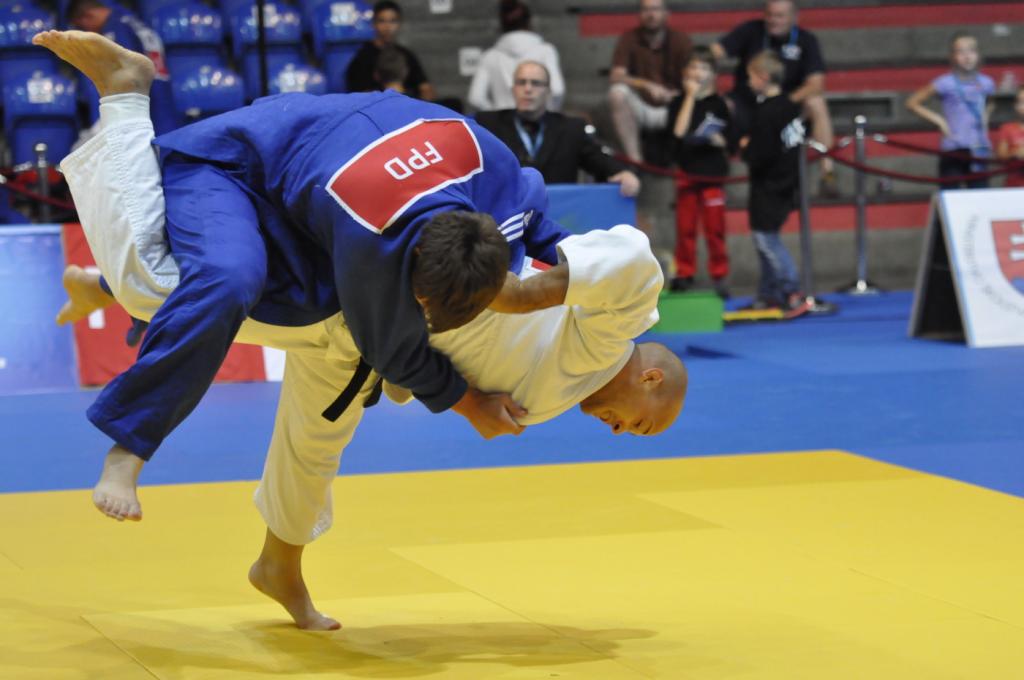 The second gold medal for the hosting country won Adela Jakubcova in -70kg. She regularly fights in – 63 category but this time she did not cut the weight and fought in one category higher. And she did extremely well in Bratislava and defeated all of her opponent before the time limit. “I somehow thought that the weight control would be on Saturday and had completely had forgotten about the weigh-in on Friday. When my coach called me on Friday afternoon and asked me about my weight I was on the beach and realized that could not cut the weight in some 4 hours. I had therefore decided to fight in -70 kg. I was very relaxed because I did not feel any pressure. My main goal of this year is the junior European Championships which is held in 2 weeks. I hope that the Championships will be also successful for me”.

The most difficult category in Bratislava was -81 kg with 42 athletes competing. Andras Stadler of Hungary showed his braved hearth during the day being waza-ari and yuko down in the quarterfinal and yuko down in the semifinal. Nevertheless he managed to win both fights and eventually he won the final before the time limit.

Vitaliyy Kovtunov of Ukraine won the European Cup in Slovenia in June and today he added the second gold into his medal collection. In the final he threw Wolfman of Israel twice for waza-ari and finished the match before the time limit. Another chance for gold for Ukraine was in -100 kg but Vladyslav Dubrova received 4 penalties in the final match against Di Guida of Italy.

The most successful country in Bratislava is Poland with 5 gold medals. Joanna Jaworska added the fourth gold in +78. “I am getting ready for the Zagreb Grand Prix and this tournament was a good test for me”, said Jaworska. “Although my winning may looked easy in fact it was not and I am very happy that I won here”. Kamil Grabowski then finalized the Polish collection after throwing his final opponent with a beautiful ko-soto-gake.

“We are very satisfied with the tournament”, Mr. Krisanda, president of the Slovak Judo Federation said. “We won two gold one silver and two bronze medals and also the organization was quite successful. We believe that the athletes have enjoyed their stay in Bratislava. I am looking forward to seeing them again next year”.