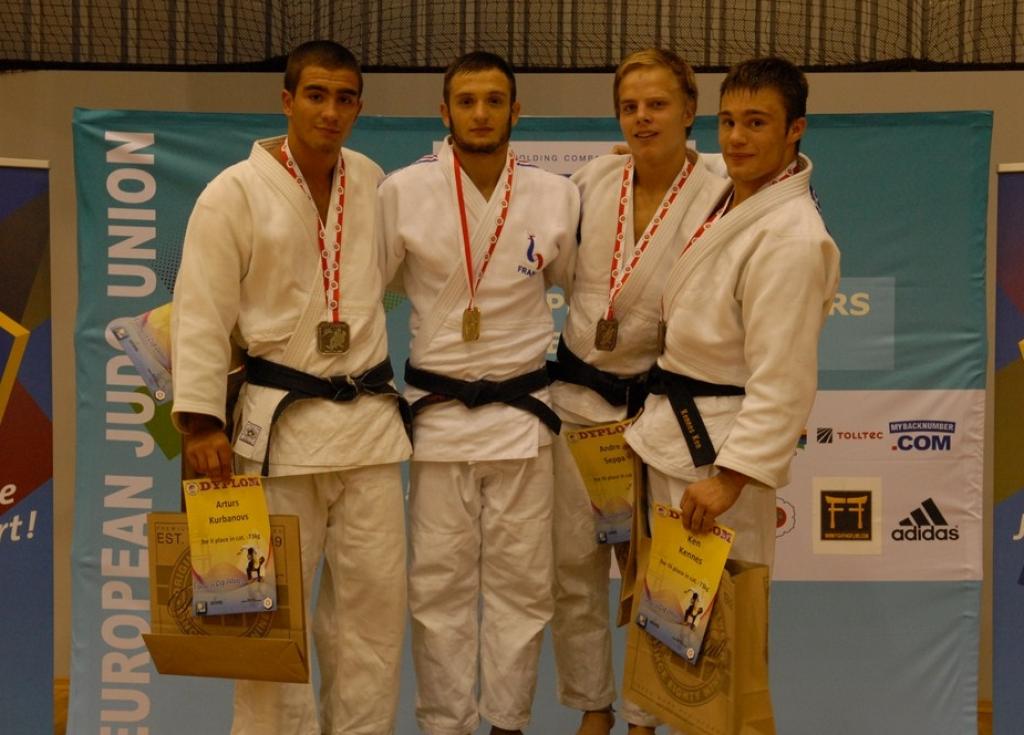 Poland has become the big winner of the European Cup for Juniors in Cetniewo this weekend. The Polish fighters won a total of fourteen medals and four victories. At the second day the heavier categories showed their skills at the city near the Baltic Sea.

The men’s tournament was as much exhilarating as women’s. The polish hosts had a big appetite for medals, especially in U81kg division. Eventually after dramatic golden score Peer Schweder (GER) reached his goal throwing Bartosz Kurkiewicz with drop ko-uchi gari. Right behind them were Serhiy Gonchuk (UKR) and Tomasz Szczepaniak (POL).
The vategory U90kg was a spectacle of Ukrainian Vitaliy Kovtunov who took a brilliant submission at Max Strotte (GER). Bronze medals were presented to Uladzimir Shumeika (BLR) and Polish Jakub Zarzeczny, who won by the decision after 6 minutes. Among the U100kg men the podium steps were shared by Toma Nikiforov (BEL), Vadims Lando (LAT), Gabor Geier (AUT) and Arturs Nikiforenko (LAT). Competition of the biggest judokas that came to Cetniewo was a big challenge for Polish Damian Nasiadko, who proved his top tactical skills in the final against Ukrainian Mykyta Dibrin, scoring in the last seconds. Two bronze medals were taken by Andriy Kolesnyk (UKR) and Emre Sanal (FRA).

Medal table after finishing all 16 categories was dominated by Poland (4–5–5). Germany (3–3–2) and Russia (2–2–5). The competition was finished earlier, good news for the crowd that could enjoy the sunny beach approx. 500m from the venue.