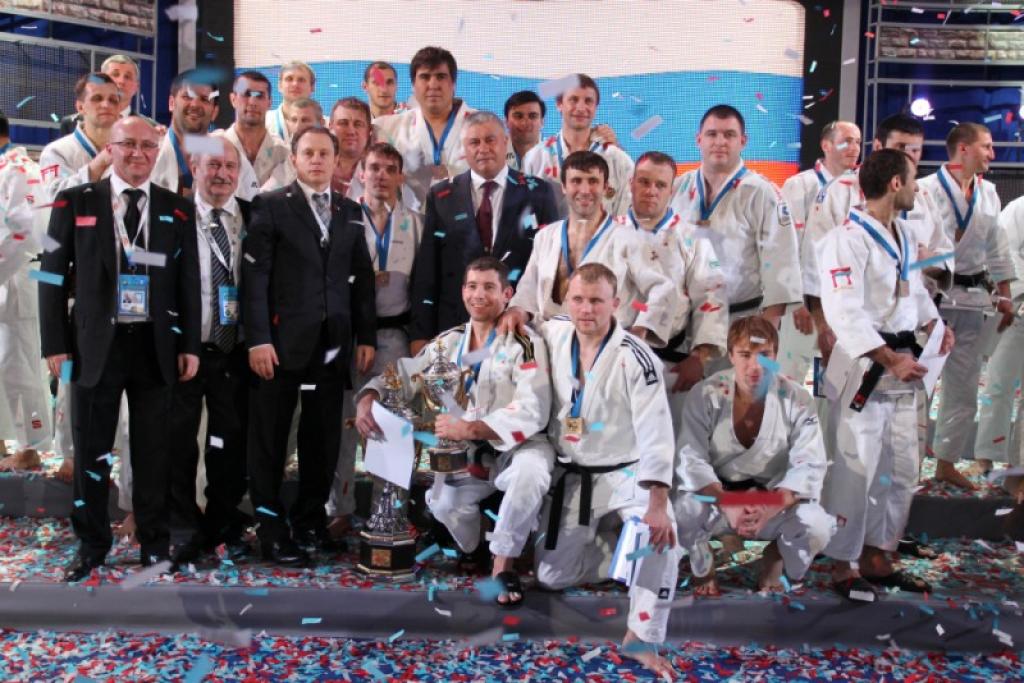 The Russian Police have taken the victory in the International Tournament for Polic, Army and Other Forces. The traditional event was held for the 7th time. This edition was held in the same venue for the Grand Slam of Moscow, in Zvenigorod, 60km away from Moscow in the brand new “Judo Academy” opened by Russian Federation President Vladimir Putin in 2012.

After a spectacular show of Police and Army forces and Russian artists, the families of those law enforcement officers who were killed in the line of duty were honoured and supported.

The event is much more than Sport, it is traditionally founded to support those families and the pay respect to those who sacrificed their lives for our safety.

In the great environment the finallists came from Russia and Japan. The Japanese Police led the final by 2-0 after two matches, but Azamat Sidakov, Vladislav Filina and Timur Buchukuri won three matches in a row making the difference in the final of this team event.

In total 23 teams from 15 nations were present in Zvenigorod in the age category from 30 years. The Russian Police defended last year’s title successfully and were honoured on the stage.

In advance of final block a letter from Vladimir Putin was red who sent his greetings and supported the families. The President congratulated Dynamo for it’s 90th anniversary. The celebration was organised by the Dynamo Society, the European Judo Union, the International Judo Fund and the National Veteran Judo Union incooperation with the Russian Judo Federation.

Ministers of several ministries attended the event and took the opportunity to speak about the integration of judo in their ministries.

“Judo is more than sport” was clearly the motto of this event.

Enjoy the first pictures in our media gallery.