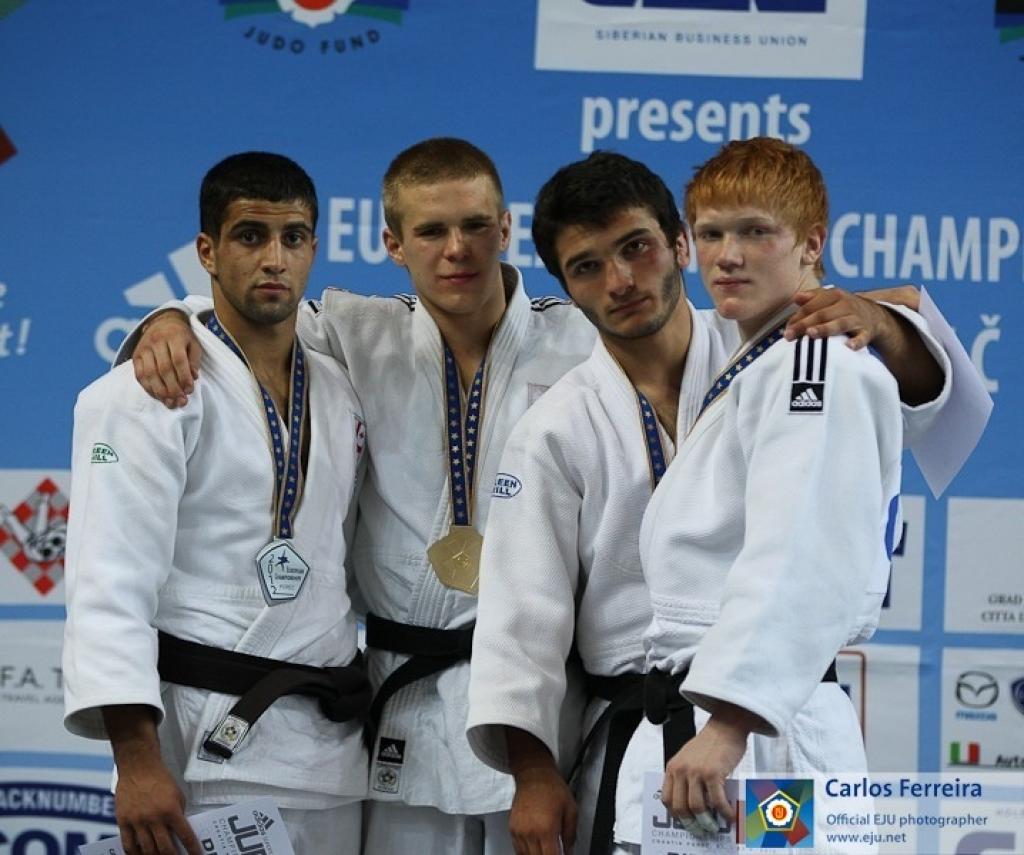 The final of the European Junior Championships of U73kg was between Polish Damian Szwarnowiecki and Georgian Phridon Gigani. The Polish fighter Szwarnowiecki scored a great waza-ari after 30 seconds and landed in an oseikomi position but couldn’t control the Georgian.
The Georgian fought back and scored a yuko and kept on going to raise the pressure. However one minute before the end Szwarnowiecki again got the Georgian under control because of his strong groundwork and finished the job.

The strong Russian Zuev scored an ippon after one minute in the match for bronze against his compatriot Khamkhoev. Khamkhoev injured himself and bravely went to the tatami after bowing.
The other bronze medal was for Levan Gugava, coached by his father George Gugava, an Olympic medallist in Sydney in 2000 where he won the bronze.

Szwarnowiecki is the ninth man for Poland to become European Champion for Juniors. Only rafal Kubacki won the title three times. The last one was Piotr Kurkiewicz in 2008, also in the same category U73kg.