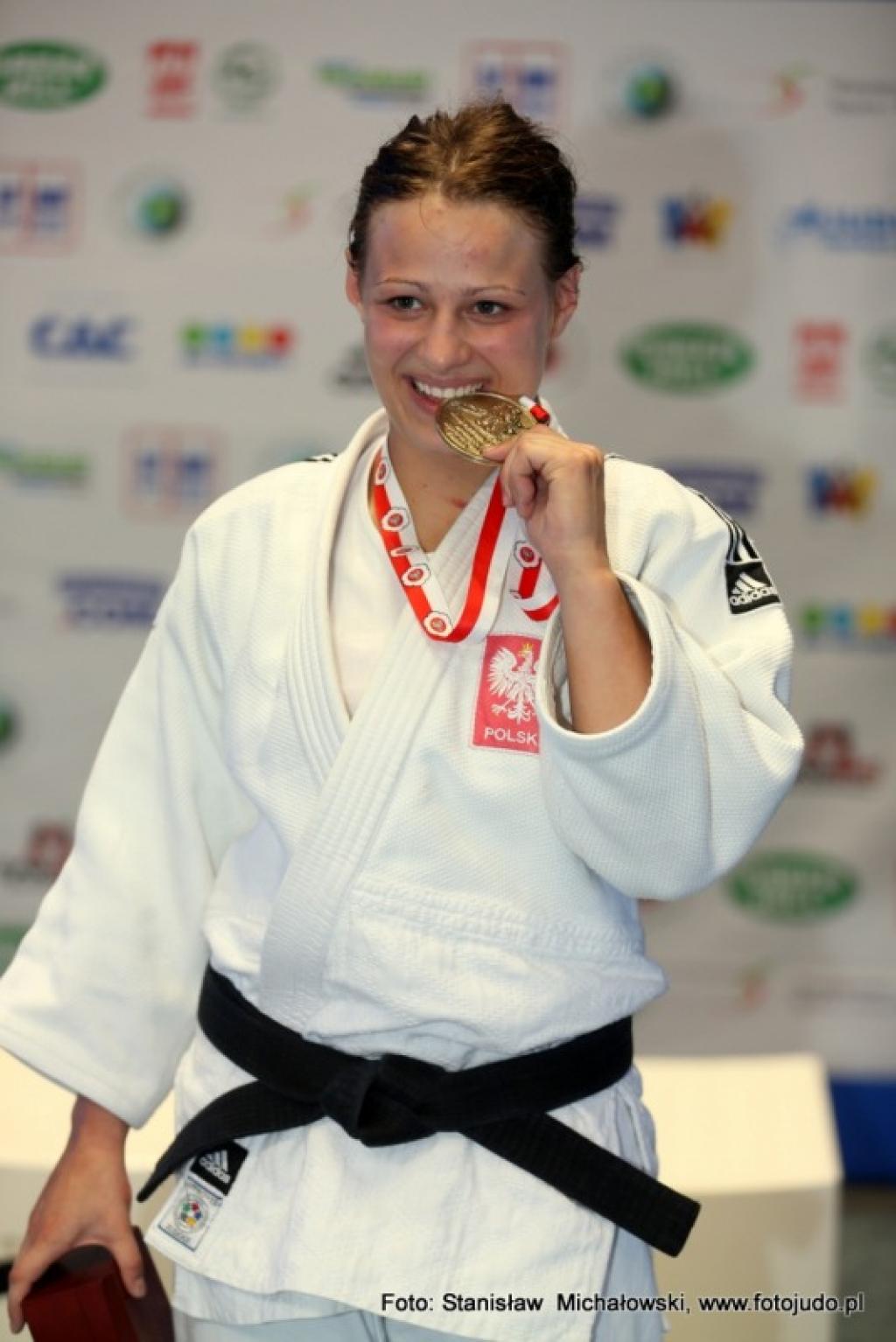 Six winning nations today at the European Cup for Juniors in Wroclaw, Poland. However France and Azerbaijan were the leading nations after day one. Usually it’s France who has strong junior in the women’s division, but today the men claimed two gold medal. Azerbaijan won both in the men as women’s weight classes.

Abdulhagg Rasullu of Azerbaijan defeated home favourite Tomasz Szczepaniak of Poland in final of the category U81. For Rasullu it was the first victory in the Junior European Cup this season. He is fighting for two years in this division and was last year’s bronze medallist at the European Championships in Porec. Szczepaniak was the number five in Porec and improved this year’s performances and highlighted here in Wroclaw.

The beautiful cities in the west of Poland hosted 20 nations, but faced competition of the many events this week. Some categories though had a very good field and with 31 judoka Rasullu could be satisfied with his victory. Robin Gutsche won bronze today, last year he was finalist.

Glebs Talalujevs of Latvia won the first European Cup of his season. Last year he finished fifth, also U90kg. Talalujevs is one of the big talents in Latvia. In Wroclaw he defeated Patryk Ciechomski of Poland. Piotr Kuczera won the bronze after he came back in the repechage and defeated semi finalist and teammate Rafal Kozlowski.

Nabil Machtrou won the first gold for France when he overcame Viktar Larchanka in the final U100kg. Nabil Zalagh took the victory in the +100kg category against Yelaman Yergaliyev (KAZ). Fpr both Nabils the best victory of the season and only the eighth victory for France this season in the Junior European Cup. Polish Patryk Broniec won bronze as well as Germany’s Benjamin Bouizgarne.

Oksana Agazade of Russia won the gold in the women’s lightest category U44kg. She defeated Polish Vanessa Machnicka in the final. It was the third Polish silver so far, but there was gold in the women’s category U57kg by Arleta Podolak. She got the cheers of the home crowd when she defeated the strong German judoka Theresa Stoll, also runner-up in Paks last week. Podolak claimed the first female junior victory for her nation this year, only Jan Jackiewicz had won a European Cup this year in Kaunas. Polish women’s judo also celebrated Friday’s win at EYOF of Kamila Pasternak.

Germany won a gold medal thanks to the good judo of Katja Stiebeling. The Cadet German Champion is booking progress and won the strong European Cup for Cadets in Teplice this season, but winning the Junior category is quite a performance in this field of 20 judoka.

Watch all photos by Stanislaw Michalowski