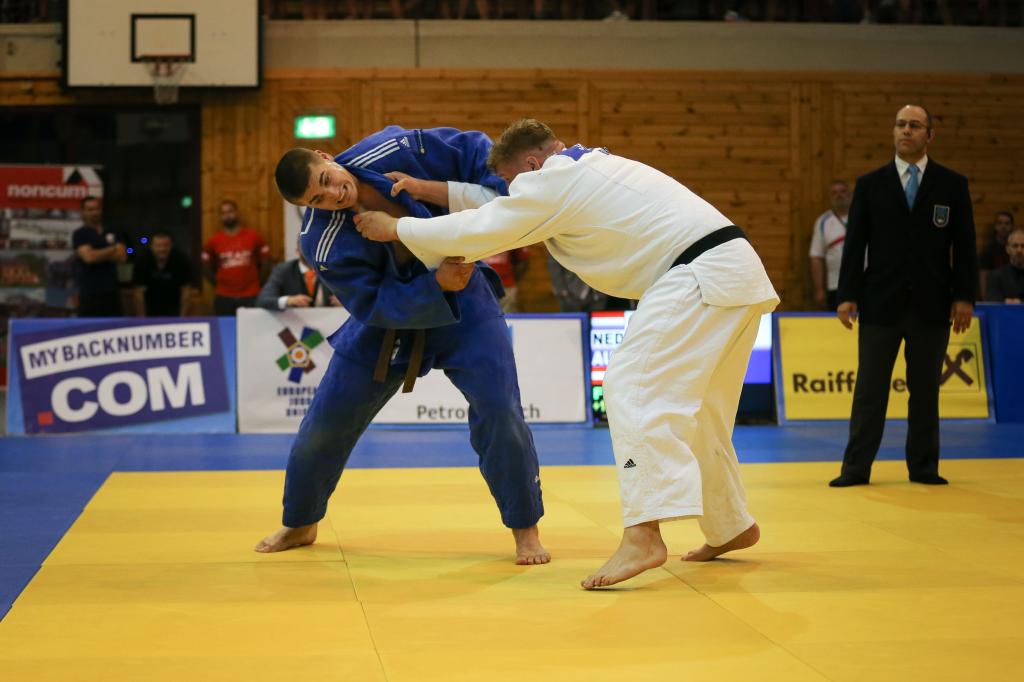 Since the establishment of the Junior European Judo Cup in Leibnitz [2008], the Austrian team has won at least one medal in each division. This year’s victories were delivered by Michaela POLLERES (AUT) in the -70kg category, whilst Stephan HEGYI (AUT) won the +100kg category.

On her way to the semi-final Polleres eliminated Shelley LUDFORD (GBR) and Alina BOEHM (GER). Polleres managed to qualify for the final the moment she overcame, Giovanna SCOCCIMARRO (GER), whom happened to be the 2017 European Judo Championships silver medallist. In the final, the Austrian judoka defeated Marlene GALANDI (GER). 19-year-old Polleres spoken after the medal ceremony;

“I have no words for today. It is such an amazing feeling to win front of the home crowd. Especially the victory against the vice-European champion is unbelievable for me.”

“Michaela was getting better and better in each fight and was quite dominating in the final. This home win is really outstanding.”

On the second day of competition Stephan Hegyi won his fights against Daniel MESSELBERGER (GER), Vakhid DAURBEKOV (RUS) and Wesley GREENIDGE (GBR) before he trampled Jur SPIJKERS (NED) in the final. The 18-year-old judoka expressed his delightfulness after the final;

“I am really happy with this success. Winning in Austria is also definitely something special for me.”

Coach, Bela Riesz, spoke in high terms of his athlete:

“Stephan has fought really good; his performance was brilliant.”