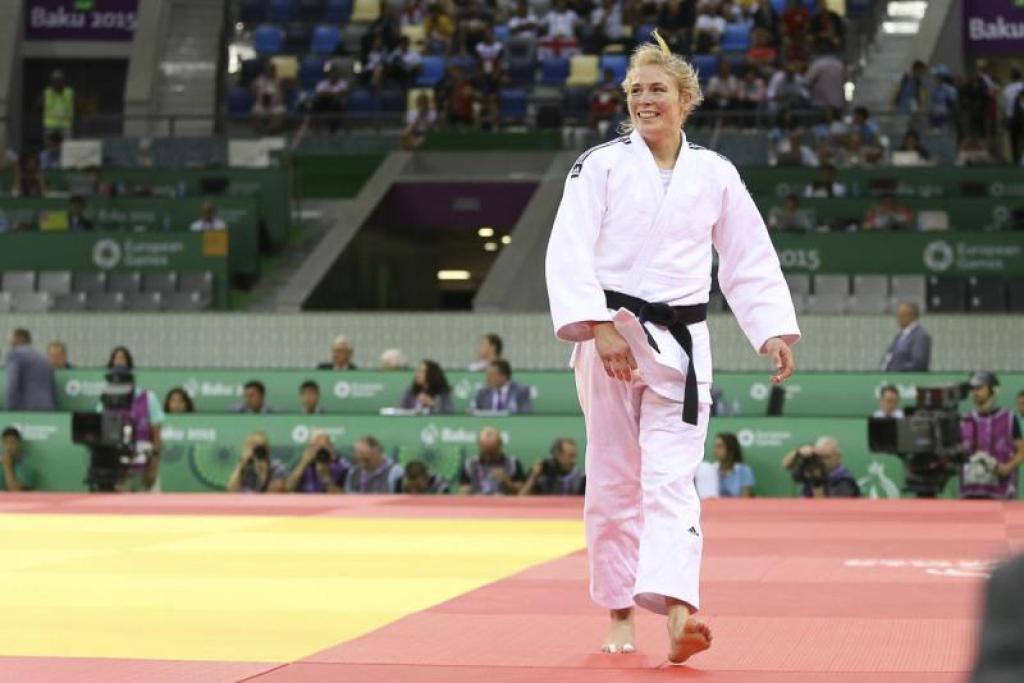 On the second day of competition we will see the women in the -70kg category competing for the European Games title.

Current European Champion Kim POLLING (NED) is back in the running after some time out with injury. The Dutch woman has taken the European title a total of four times, including her gold medal in the first European Games in 2015. Losing out to POLLING in Tel Aviv last year was Olympic bronze medallist, Sally CONWAY (GBR) who has continued her success since the Rio De Janeiro Olympic Games in 2016, taking two difficult Grand Slam gold medals in both Paris and Dusseldorf.

Contending with the World and Olympic medallists is Marie Eve GAHIE of France. GAHIE took a bronze medal in the European Championships in Warsaw but more recently a World silver medal, an amazing feat for the young woman. More recently the French athlete won the Ekaterinburg Grand Slam and appears to be a force to be reckoned with.

The weight category holds many Grand Slam and Grand Prix Champions including Anna BERNHOLM (SWE) who has been preparing on the OTC in Porec during the Judo Festival. Junior success, Michaela POLLERES (AUT) took to the senior level with ease, taking her first European Championship bronze medal in Tel Aviv as well as an impressive bronze in the IJF World Masters in Guangzhou in 2018.

It will be difficult to predict the outcome of this category with such a high level across the board.

WRL #1 and current World Champion Nikoloz SHERAZADISHVILI (ESP) leads the -90kg category. The young Spaniard stepped on to the senior European Championships podium in 2018 to claim his bronze medal and it was an upward climb from then. However, SHERAZADISHVILI pulled out of the Paris Grand Slam due to injury and has had a steady comeback with a bronze medal in the Baku Grand Slam last month, losing out to the former World Champion, Nemanja MAJDOV (SRB).

MAJDOV suffered an early exit in the 2018 World Championships which only seemed to fuel his desire to take back the number one position. Within two weeks last month, he managed an astounding gold medal victory in the Baku Grand Slam, taking down Junior World Champion Lasha BEKAURI (GEO), Khusen KHALMURZAEV (RUS), SHERAZADISHVILI and finally, the home favourite Mammadali MEHDIYEV (AZE). A similar story was told in the Hohhot Grand Prix though he narrowly missed out on the gold.

TOTH Krizstian (HUN) lost out in the bronze medal contest during the European Games in Baku but changed his story during the European Championships in Kazan. He has had a similar curse over his World Championship attempts, heartbreakingly taking 5th place in Budapest in front of the home crowd and again in Baku last year. Looking to break the curse and take his World medal in Tokyo this year, he must first take his medal place in Minsk. The talented Hungarian continues to prove his abilities including his bronze medals in both the Paris and Baku Grand Slam this year but now needs to focus this on his European quest.