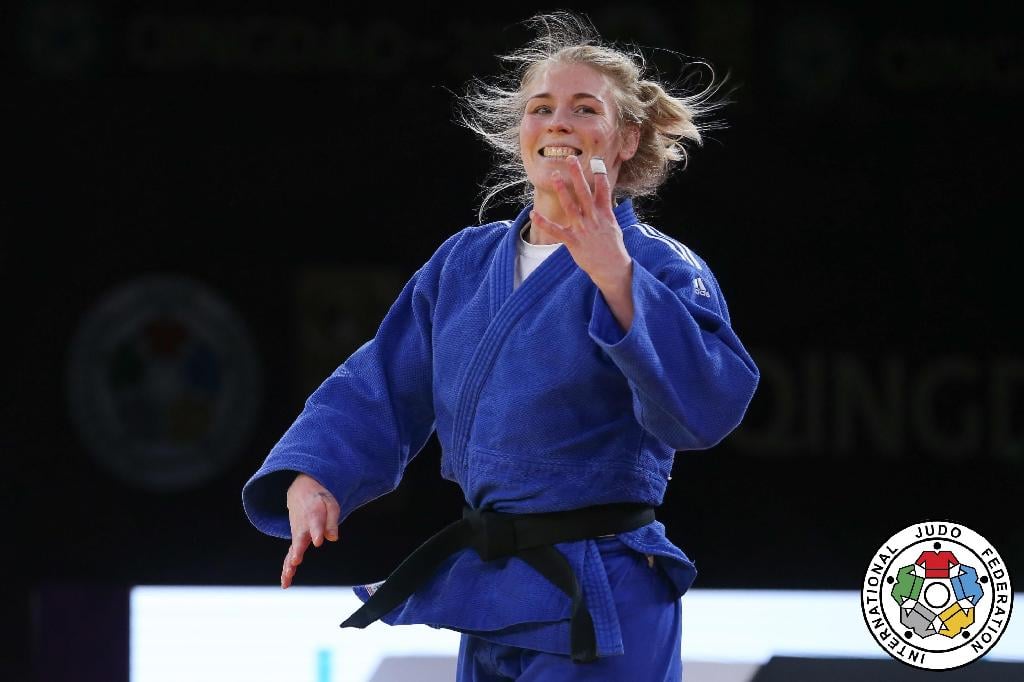 Day two of the World Masters in Qingdao saw Kim POLLING (NED) take the gold medal in the -70kg category for a record equalling fourth time. In a commanding and supremely powerful display Polling was at her destructive best. Not once was she taken the distance, ending the day with five ippons from her five contests. Not once was she scored on and not once did she so much as collect a single shido. It was a perfect performance.

There can be no question regarding the quality of the opposition. This was not just the top eight or the top 10, but the complete top 20 in the world. Moreover, the line-up included the current world champion, Marie Eve GAHIE (FRA), twice world champion ARAI Chizuru (JPN) and three times world champion Yuri ALVEAR (COL). The top ten contained three Japanese and so the stage was set for a clash of major proportions. Spectators did not have to wait long for the carnage to ensue.

The preliminary rounds showed little or no respect for reputation or seeding; round one accounting for the first of the Japanese, ONO Yoko, who had defeated Polling in the final of last month’s Osaka Grand Slam. Round two claimed the scalps of 2017 Masters champion number 4 seed Maria PORTELA (BRA) and the second of the Japanese number 7 seed NIIZOE Saki. Former world champion also fell at the round two hurdle when she was defeated by number 3 seed Michaela POLLERES (AUT).

Round two also saw the entry of Polling whose first action was to put out Rio Olympics bronze medallist and number 6 seed Sally CONWAY (GBR). Next up for Polling was home hope SUN Xiaoqian (CHN). But with Polling on her best form the 28-year Dutch star moved effortlessly into the quarter-final. There Polling defeated Polleres to set up a semi-final contest with world bronze medallist Margaux PINOT (FRA). By this time Polling could sense something special and moving swiftly past her French opponent Polling prepared for yet another head to head with team Sanne VAN DIJKE. In the final the whirlwind was unleashed, and Polling swarmed over the valiant Van Dijke. Two powerful scores from a rampant Polling put paid to any hopes that her team mate may have had of slowing down, stopping or even coming close to defeating the irrepressible Polling.

When asked about her day Polling said,

“It is nice to be champion again. I felt very confident after Abu Dhabi despite not having had the best of preparation. I am an attacking player and sometimes that can be my downfall. But today it all worked well for me from the first contest. I’ll spend the holidays between The Netherlands and Italy before beginning preparing for Paris next year.”