POLLING LEAVES NO DOUBT AS TO WHO IS NUMBER ONE 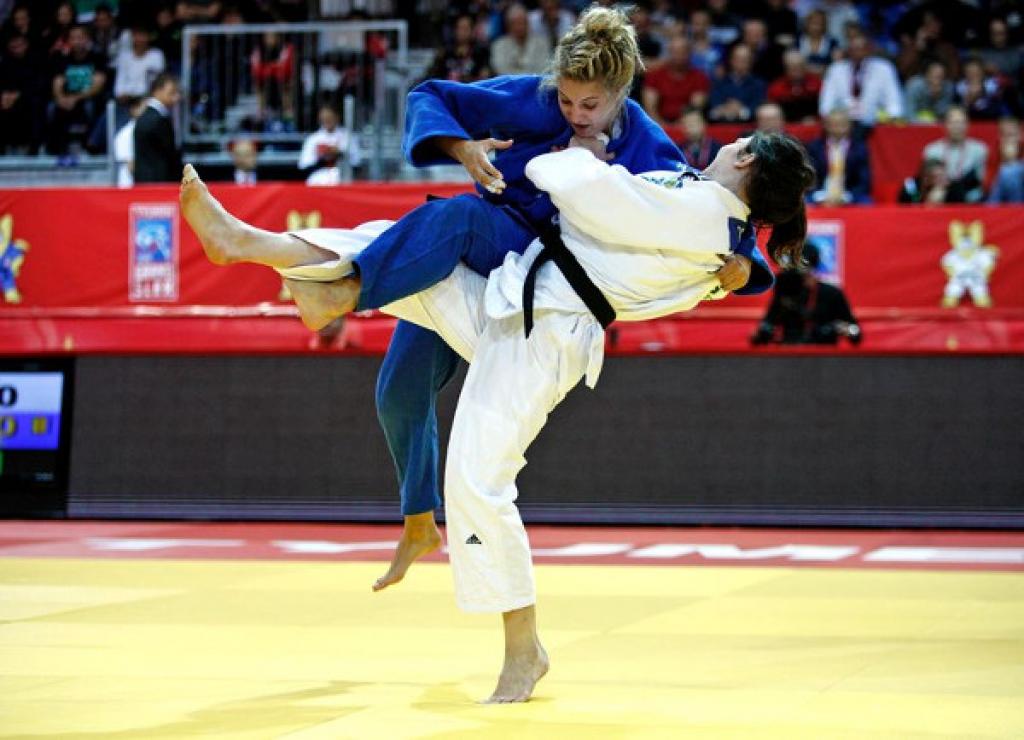 The Tyumen Grand Slam provided the perfect preparation for Kim Polling NED who took the gold medal in the -70kg category. Only current world champion Yuri Alvear COL was missing from the party, one that will gather again in a little over six weeks from now in Chelyabinsk for the world championships. Looking ahead, it would be a surprise if the winner for that event were to come from athletes not on show today; and today’s favourite was (and for Chelyabinsk is) widely considered to be Polling. After a first round bye Polling defeated Germany’s Szaundra Diedrich by ippon. It’s early days in the 21 year old German’s senior career, and this loss will have to be chalked up to experience, one that others too have had to endure at the hands of Polling. China’s Chen Fei in the quarter-final then gave Polling a testing time that the Dutch fighter came through only on the back of three shidos collected by her opponent. Polling’s semi-final with Kim Seong-yeon KOR was just as close and only the two errors committed by the Korean separated the pair at the end. The final against Kelita Zupancic CAN was a different matter, with a confident looking Polling demonstrating a greater degree of attacking intent and movement. Zupancic attacked with o-uchi-gari and was countered by Polling for waza-ari. From then on, Polling, though comfortable, was nonetheless caught with 35 seconds to go when Zupancic threw her for yuko with her favourite o-uchi-gari. “I was happy with my performance although I had to work really hard today. I’m simply going to concentrate on the world championships from now”, said Polling. There was a gold medal too for Elmar Gasimov AZE who won the -100kg category defeating junior world champion Kyle Reyes CAN in the final. “I knew that he was very skilful with throwing techniques. But I proved stronger than him today” said a happy and smiling Gasimov. There were medals too for Russian duo Alan Khubetsov and Stanislav Semenov in the -81kg category, and Magomed Magomedov and hometown favourite Grigori Sulemin in the -90kg category. Martin Pacek of Sweden won a bronze medal in the -100kg category, whilst Maciej Sarnacki POL won a bronze medal in the +100kg category. Daria Pogorzelec POL won a bronze medal in the -78kg category.

For the rest of today’s results visit: http://www.ippon.org/gs_rus2014.php