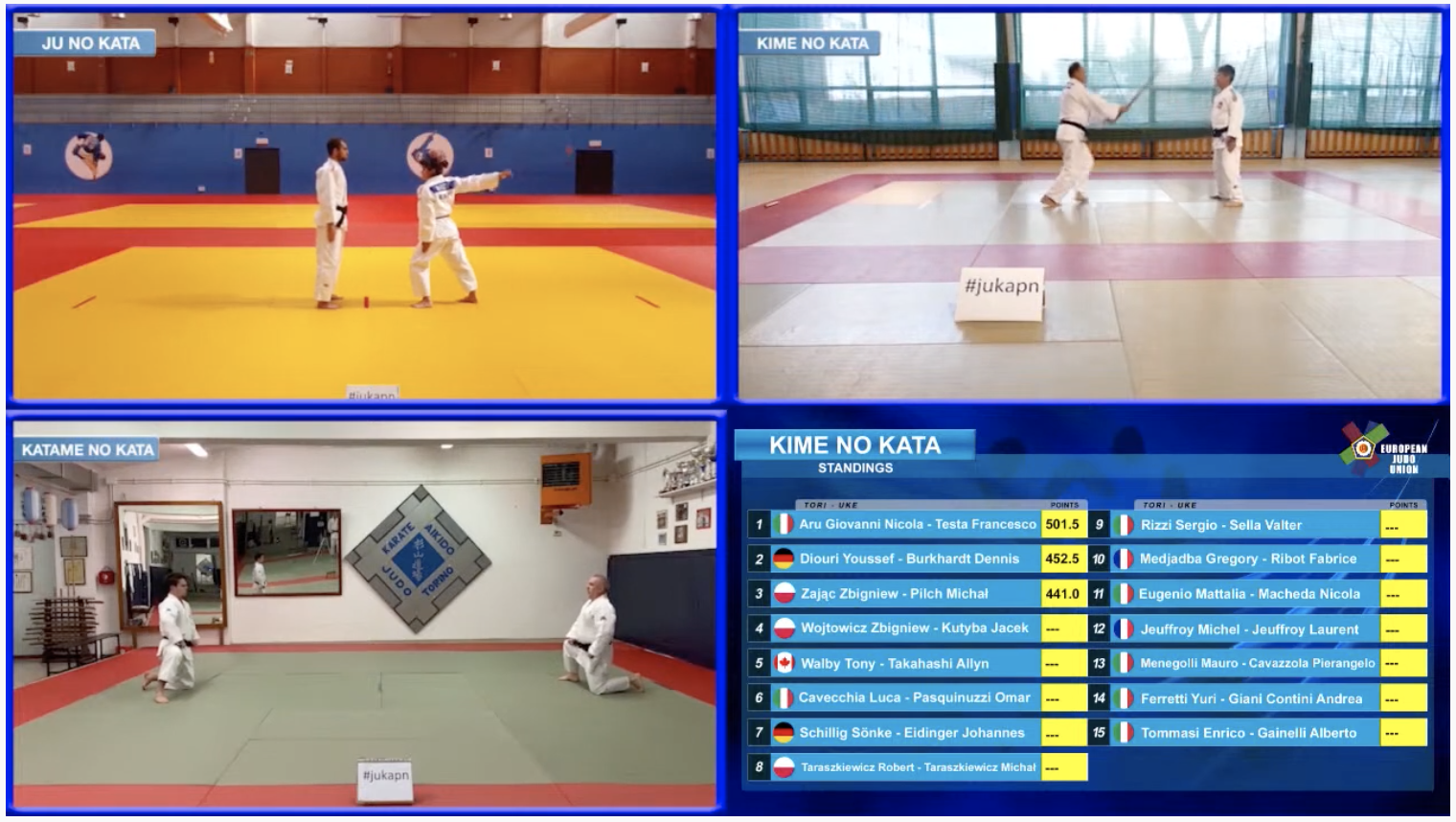 Last week the EJU Kata Commissioners hosted the first online kata tournament, originally hosted in Pordenone, Italy. As we have seen, year upon year the pairs have increased but this year we have seen something special. This event during the Covid-19 situation has been awaited by many teams in Europe but also outside of Europe and saw 81 pairs representing 13 countries across the five official kata in this tournament, 33 more that in 2019.

Canada was the non-European entry and pair, Rooney Shane and Hu Xiao took second place in the Katame No Kata final. The remaining nations included; Croatia, Finland, France, Germany, Italy, Luxembourg, Poland, Portugal, Russia, Slovenia, Spain and Switzerland. Some of these high level competitors included World and European medallists such as Michel and Laurent JEUFFROY (FRA). The latter spoke to us with his feelings on the event.

In my opinion, I think the idea of organising an online tournament is very good, especially since the kata can allow that. The participation was a success because for the competitors it is a low cost with no travel and we all want to resume competition! Thanks to the technical means put in place by the organisers via YouTube, we were able to watch everyone’s performances and the live display of scores as in a classic tournament.

Though Laurent had plenty of wonderful things to say about the set up and ability to run the tournament, it is unsurprising that a one of the main disadvantages of the online format is that they are unable to meet up with the other competitors and experience the emotions fully.

With 27 experienced continental judges, the day consisted of a briefing in the morning, followed by assessment of the submitted kata material from each pair between 10am and 4.30pm, an award ceremony followed shortly afterward. This initiative from Italian organisers Eduardo MUZZIN, Franca BOLOGNIN and Matteo DEL PIOLOGO was greatly welcomed and was supported by three EJU Kata Commissioners Stefan BERNRHEUTER, Eric VEULEMANS and Michel KOZLOWSKI.

A huge thanks goes to not only the competitors, judges and commissioners, but to the numerous IT teams and support that were operating in various countries to make this event a success as well as the Italian Judo Federation.

To see the final results follow this link to the EJU event page.