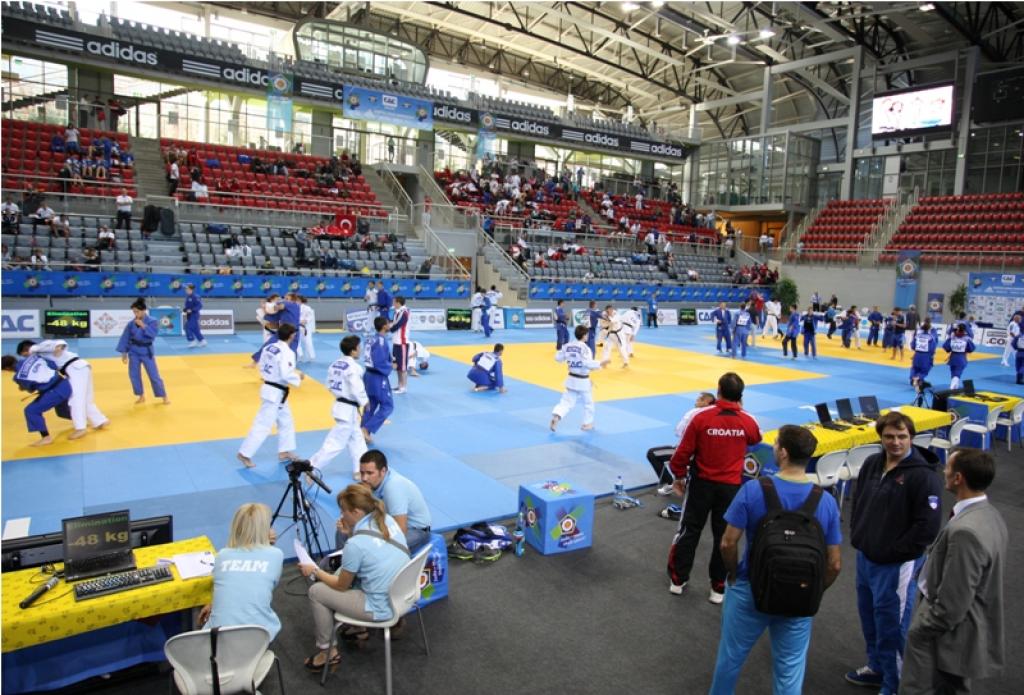 On Thursday the European U20 Championships in Porec in Croatia started with the draw for the 16 weight categories. The evening was opened by Croatian Judo Federation President Sandy Corac. She welcomed all delegations in Porec, one of the bet touristic places in Croatia. Corac mentioned the value of sport which is also fun, and hoped that everyone’s stay will also be pleasant and that joy is an important item of such event. Not everyone will be happy but we make everything possible that you will have a nice stay in Porec.

Mrs Corac was happy to have the interest of Marius Vizer, the IJF President. Mr. Vizer was present and addressed his congratulates to the EJU on its successful performances at the recent Olympic Games. An effort made by the EJU and its national federations and the medal winning nations received the congratulations of the President.
“This Championship is also a big trampoline for the future and for the next Olympic Games in Rio de Janeiro in 2016.”

Marius Vizer gave his compliments to the Croatian Judo Federation, a very active federation and he personally thanked its president Sanda Corac and wished everybody a successful championship in Porec.
EJU vice President Michal Vachun welcomed the delegates on behalf of the European Judo Union and connected to the words of the IJF President that this championship is about “the hopes in judo, our future athletes, as first event after the Olympic Games. They have the privilege to fight in an excellent brand new sports hall Zatika in Porec” and wished all athletes success.
Head of Sports Director Densign White led the draw of the event, which is the first milestone event after the Olympics and wished to see many back at the Olympics in 2016.

At this championship 480 participants have registered and it will be one of the strongest ever Junior European Championships with strong athletes from 40 nations.

In some categories more than 40 athletes, some with two athletes per category. U66kg and U81 46 athletes with strong judoka among them. They all dream of the example of last year when Lasha Shavdatuashvili (GEO) won the European title in Lommel and celebrated the Olympic title not even a year later in London, an exceptional example. These juniors have approximately three years to quality for the Olympic in Rio de Janeiro.

EJU Referee director Jan Snijders mentioned: “The youth championships are always special. He talked to all coaches about the referee meeting about the experiences at the Olympic Games.
Especially in the youth the kumikata is essential and referred to Shavdatuashvili, a good grip and positive judo. Especial with these grips you can make a good attack. He asked the coaches to educate the talents to their grip and prevent leg grips without an attack.”

From tomorrow 10.00 o’clock you can see them in action in our live coverage.

Follow our twitter feed @judoeurope to be up to date with the latest developments and statistics.
Tweets by judoeurope