Portugal competes with top teams in World Cup for Teams 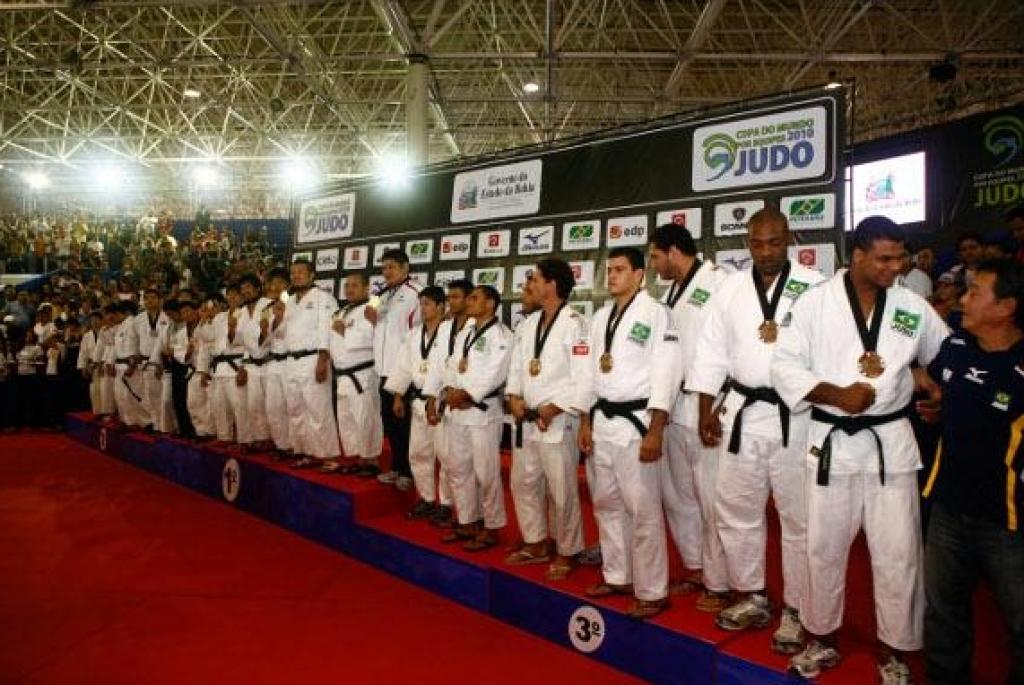 More than 2000 fans packed on Saturday were witness of the World Cup for Teams in the Arena Convention Center of Bahia in Salvador. This World Cup was organised by the Brazilian Federation for teams by invitation.

Japan was crowned as the first champion of this team competition.

The Japanese team took gold in the final by beating South Korea by 2-1. Brazil won the bronze by defeating Portugal 4-0.

Portugal lost the bronze medal to Brazil which had a strong line up too with Bruno Mendonca (-73kg) who beat George Fernandes by yuko.
European Champion Joao Neto drew, but Brazil took the definite as Tiago Camilo scored 2-0 winning to Diogo Lima by yuko. Luciano Correa (+90 kg) lifted the crowd with an ippon against Joao Taveira and Alex Pombo (-66kg) closed the score at 4-0 with ippon in Sergiu Oleinic of Portugal.

The level of the event was high, many athletes are already confirmed in the World Championships in Japan in September. “Judo is an individual sport, but this kind of tournament shows how each part of the group is important”, said former world champion Luciano Correa of Brazil.

The final between Japan and South Korea was exciting. After the first round tie between Japanese Riki Nakaya (-73kg) and Korean Bang Gui-Man, Korea made the score 1-0 with Ki-Chun Wang (-81kg), who was favored by a blow invalid Masahiko Tomouchi . Further, Masashi Nishiyama beat the Korean world champion Lee Won-Kyu by wazari. Japan reached the second score with Yasuyuki Muneta (+90 kg), who won by ippon to Sung-Min Kim. In the last fight, Tatsuaki EgusA and Olympic champion Choi Min-Ho tied.

“I enjoyed the competition and the level was very good. Japan had much unity and strategy to be champion of this World Cup”, said double world champion Yasuyuki Muneta of the winning team.