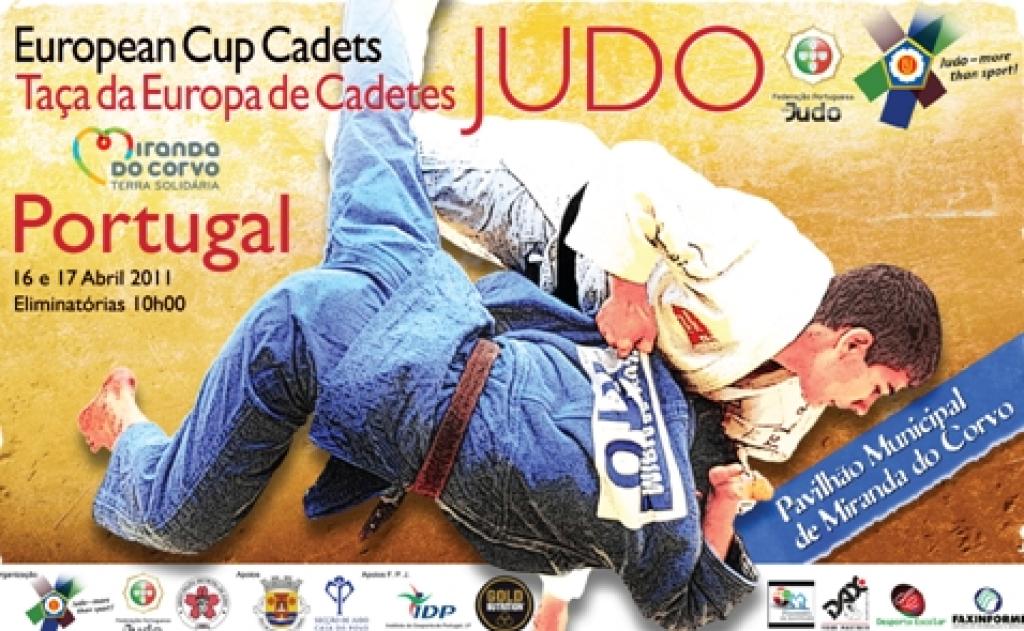 This weekend the Portugal will host the European Cup for Cadets in Portugal in 2011. The European Cup will take place at the Cadet Hall Municipal de Miranda do Corvo in the beautiful town that is known as the “Capital of Chanfana” of Portugal. In March Portugal already hosted the U20 European Cup.

In 2010, Portugal won three medals, hoping that this year our selection overcomes these results. Spain was however even more successful with 8 gold medals and 23 medals in total. Switzerland and Croatia also won many medals. One of the winners last year, 16-year old Tena Sikic, was able to win the national senior championship of Croatia.
Coimbra is the 6th European Cadet Cup this season. So far Russia won 45 medals and 12 titles. Georgia won 9 titles and 24 medals. Spain obviously collected a lot of medals in its own event in Fuengirola.

More events will follow in Teplice, Ploiesti, Berlin and Sczyrk.
The competition in Miranda do Corvo near Coimbra will be followed by an International Seminar to be held 18-20 April.

Find the draw below