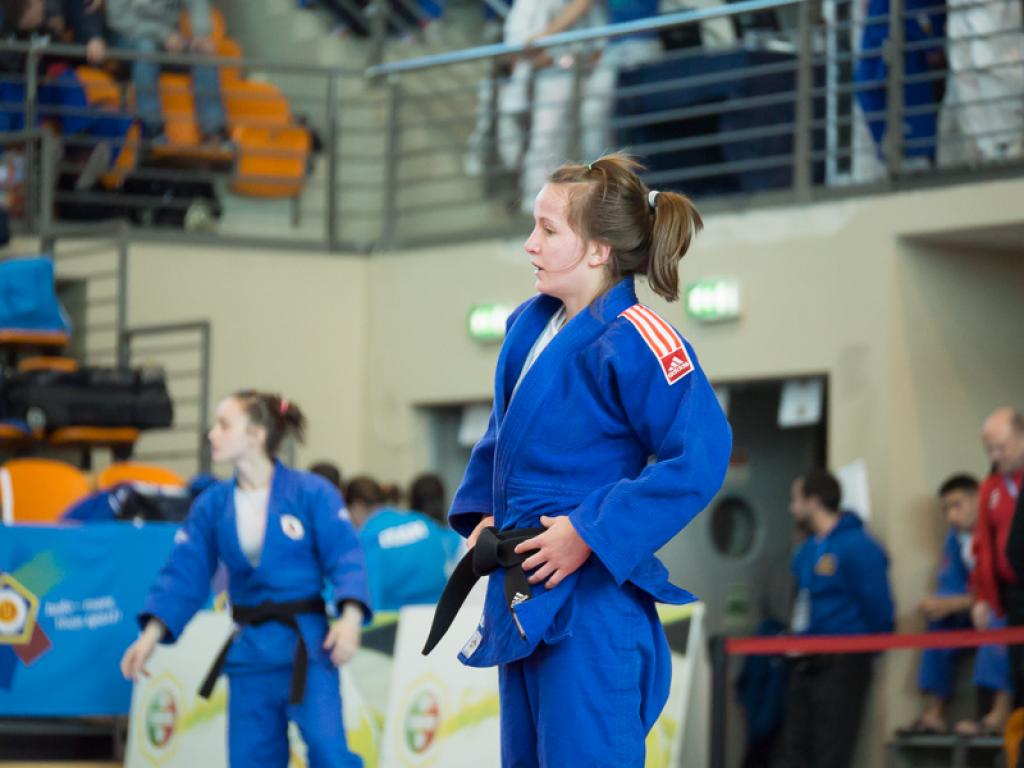 353 athletes from 19 different countries are competing this weekend in the first European Junior Cup of the year 2014, hosted by Portuguese city of Coimbra.

The kick-off of the juniors’ European tour was marked by excellent performances of both Dutch and Portuguese teams, with 7 medals claimed by athletes from the Netherlands and 8 by local juniors. The final block couldn’t start any better for the Portuguese with the gold medal of Catarina Costa in the under 44 kg category and all-Portuguese bronze fights in the under 48 kg category. The happy bronze medalists in that category were Joana Diogo and Luisa Silva, whereas the gold was taken by Nicole Kaiser from Austria. Kaiser dominated in the final Tamara Silva from Switzerland, who after great morning fights couldn’t get to the right position to execute her massive ogoshi in the final. In the under 52 kg category Lilo Schultz from the Netherlands won against local judoka Joana Fernandes with an effective morote seoi nage ippon, while the bronze medals went to Mariana Esteves from Portugal, who claimed her win with a beautiful jujigatame and Nicole Herbst from Austria, who faced her teammate Sarah Strohmayer. Under 57 kg the gold was claimed once again by a dutch athlete Dewi Karthaus, who won against Italian player Maria Centracchio, in what turned out to be a fast final. Under 55 kg was marked by an exciting final between Roy Koffijberg from the Netherlands and Sadikh Maharramov from Azerbeijan, filled with big techniques and a lot of doping from Azeri team. Sadikh Maharramov was the one who took the win in this match. Bronze medals went to Portuguese Alexandre Silva and Dutch Timo Van Leerdam. Other winners of the day were Francisco Garrigos from Spain under 60 kg, Antoine Bouchard from Canada under 66 kg and Thierno Balde from the Netherlands in under 73 kg category. In the last category Portugal won another bronze with an amazing performance of Anri Egutidze. What is also worth mentioning is the presence of special guests who observed today’s fights and awarded the winners, including Mr. António Lopes Aleixo, Vice-President of the Olympic Committee of Portugal; Mr. José Manuel Costa e Oliveira, President of the Portuguese Judo Federation, Mr. Eddy Koaz, EJU Marketing Director and Ms. Catarina Rodrigues, EJU Sports Director, and other local representatives. Tomorrow more action from Portugal. Watch the photos in our gallery