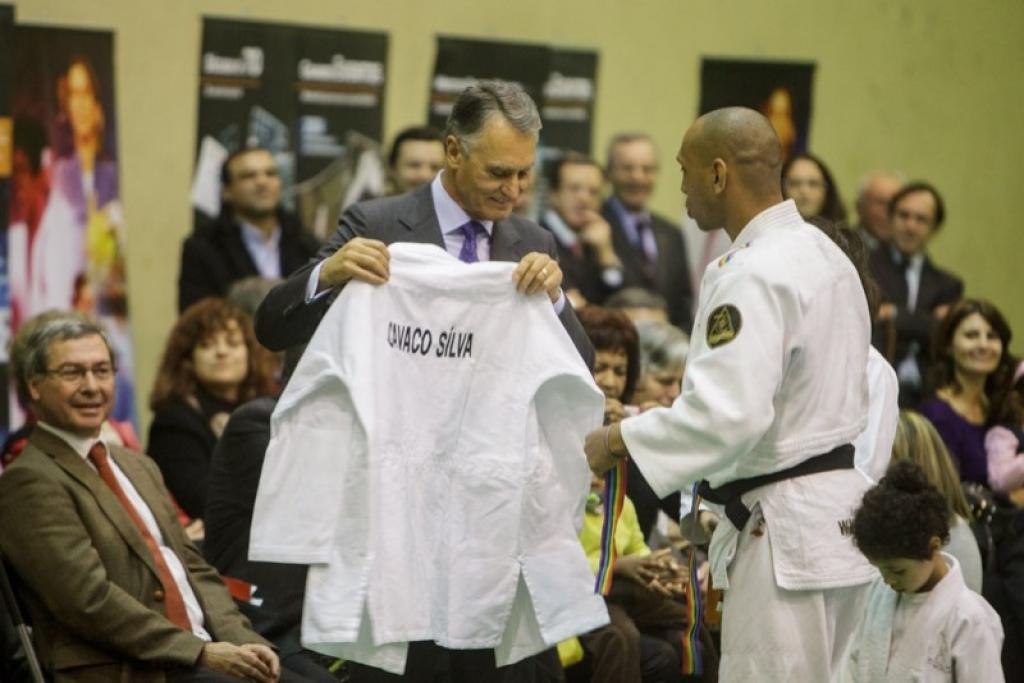 The President of the Portugal Anibal Cavaco Silva has made a Christmas visit to the Social Inclusion Judo Projects this week. He witnessed the training session and addressed the importance of everyone being equal in life opportunities.

Two persons of the social inclusion projects gave their testimonies how judo has changed their life. One blind man, the first blind judo black belt in Portugal, and a girl who both came from difficult neighborhoods.

End November the social inclusion congress was held in Lisbon. In Portugal judo is an important factor to reintegrate people into society.

President Cavaco Silva was given a judogi out of the hands of Olympic medallist Nuno Delgado who supports social inclusion with his program “Achieve, Collect and Give Back”.

The President visited the event “Total Judo” initiated by Manuel Costa e Oliveira who is also the Portuguese Judo Federation´s General Secretary. “Total Judo” which was officially honored by the president. The project of Delgado fitted well on this special day.

The general secretary of the Portuguese Federation guided the president through the demonstration together with PJF President Carlos Alberto Correia Andrade.

The impact of judo is spreading in Europe and could be a model many nations to bring the values of judo into society.

Watch more photos of the Social Inclusion Seminar below

The website of the President also shows pictures of the visit of Anibal Cavaco Silva.