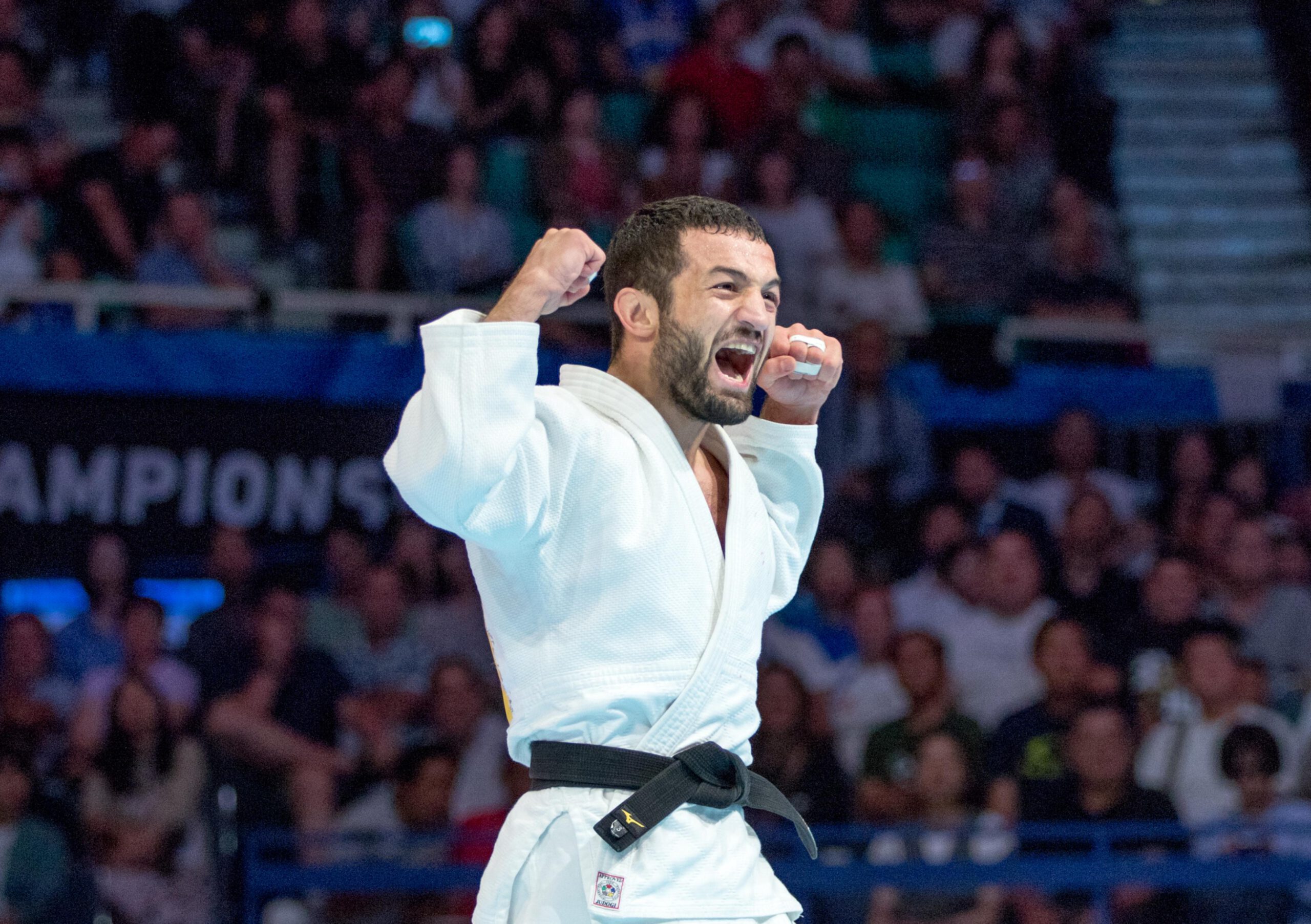 As expected it has been an exhilarating day of judo with many of the top names coming back to demonstrate why they’re at the top of the ranking.

In the -60kg, -66kg, -52kg and -57kg categories we have potential for a gold medal and many bronze to boast. World champion 2019, Lukhumi CHKHVIMIANI (GEO) is set to face the current Olympic silver medallist Yung Wei YANG (TPE) in the -60kg category which will undoubtedly be a dynamic contest.

Number one seed Denis VIERU (MDA) continues on his quest for a golden hat-trick in the -66kg group after succeeding in the Abu Dhabi Grand Slam 2021 and in Portugal’s first ever IJF tour event, the Grand Prix which took place in Almada. He is on top form and could be set to run this streak in to the next event.

PUPP Reka (HUN) dispersed of some of the strongest in the -52kg category today including Gefen PRIMO (ISR) and Astride GNETO (FRA) on her way to the final. She will be competing to make this her second grand slam gold in six months.

As for Sarah Leonie CYSIQUE (FRA), she has triumphed over strong opponents today and after defeating Christa DEGUCHI (CAN) in the semi final, she will be facing her team mate and current world champion, Jessica KLIMKAIT in the final. She has a winning record including the Doha Masters event and Olympic semi final against the Canadian, can she keep it up?