POWERFUL PINOT PLACES FRANCE ON TOP OF THE PODIUM 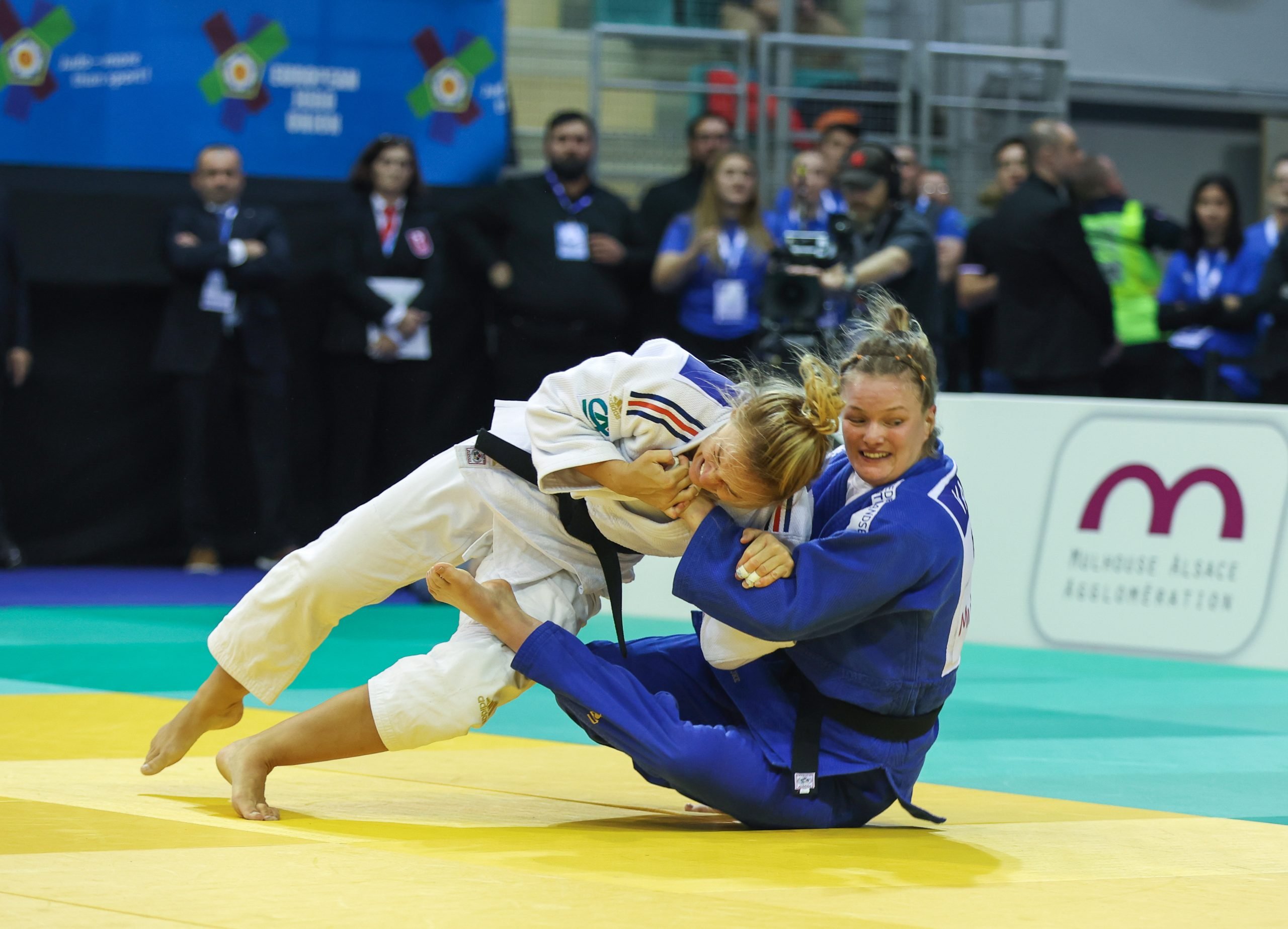 One thing, if not many, that the French prove time and time again is that they are arguably the best crowd on the circuit. Without fail they fill arenas and today created such an atmosphere, it was one to envy the Bercy Arena.

Throughout the day, the Mexican waves travelled the stands and children breathed life in to an otherwise ageing building, then in what we saw as a technical disaster, the sound was cut. The team of the Netherlands walked out for the grand finale and all was fine, then as the French prepared to enter the field of play, silence.

If not for the admittance of error from the technical team, it could have been confused for dramatic effect. Instead it was accepted that the host team would enter the arena unaccompanied by music or an announcement, and it was made clear they needed neither.

As the athletes entered, the arena erupted, the cheers deafening and goosebumps immediately appeared. Then there was the realisation that, within this intimate environment, all the French needed was the support of their countrymen.

Local, world bronze medallist in the +78kg category Julia TOLOFUA was first to put a win on the board for France, which was then evened by a colossal ippon from current European champion, Jur SPIJKERS (NED). Priscilla GNETO (FRA) demonstrated that experience would be her ally in her contest against Shannon VAN DE MEEBERG and swiftly ended her contest with a drop seoi nage making it a 2:1 lead for France.

Benjamin AXUS (FRA) then went against Matthijs VAN HARTEN (NED). It was an extremely close contest that went in favour of the French following a score from Axus. For Van Harten, a final loss made little difference to the fact he had helped his team to the final at this prime event, especially as this is in final hurrah.

We really enjoyed the day and supported one another. We might have lost in the final last year but we managed to beat them in the first round today so I think we can be really proud of ourselves. For me personally, I think I feel more anxious or stressed but in this event you feel like you have each others backs. This was actually my last tournament, I got a call from the coach after the nationals which was supposed to be my last tournament and I said yes so I’m even happier to leave with the medal. 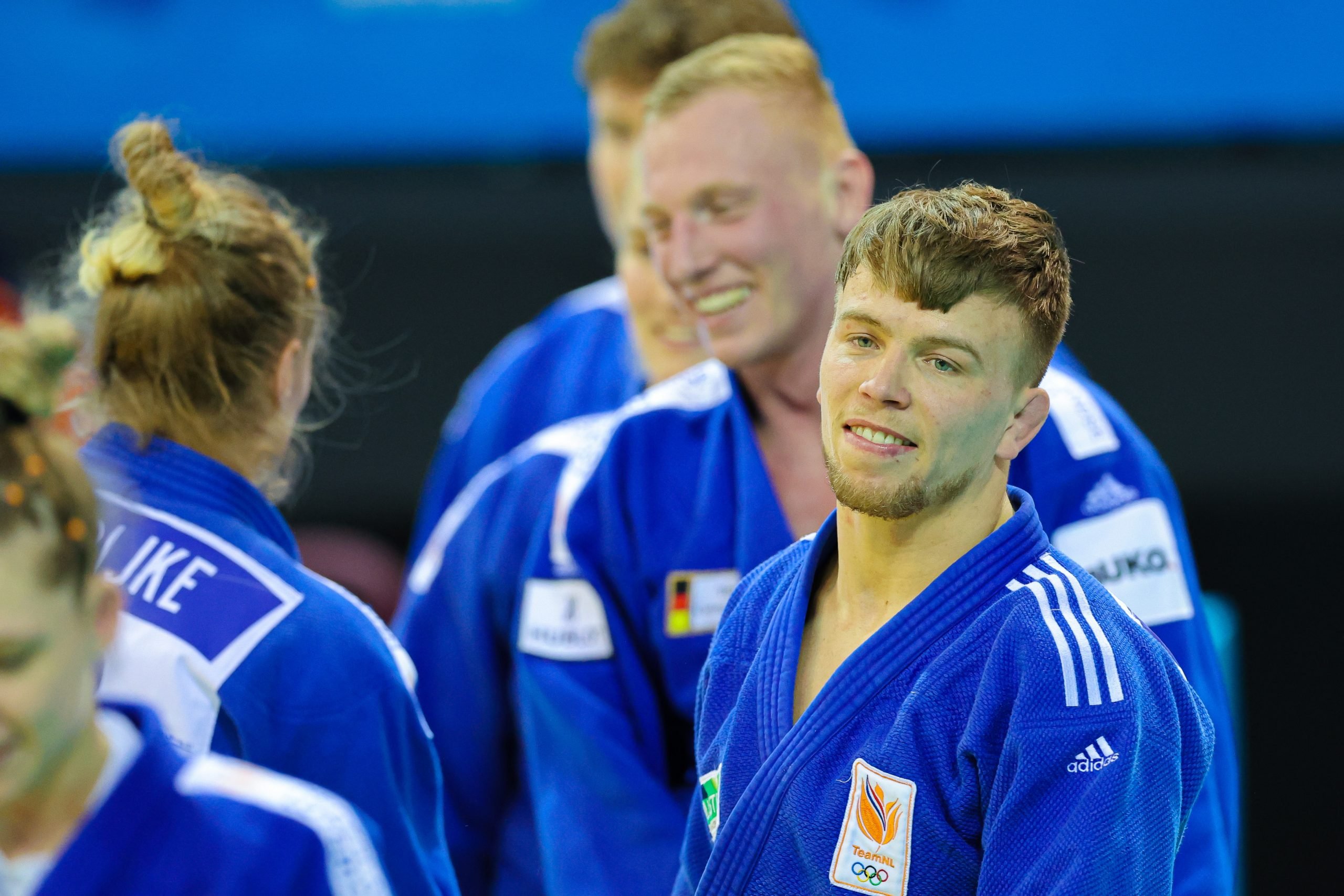 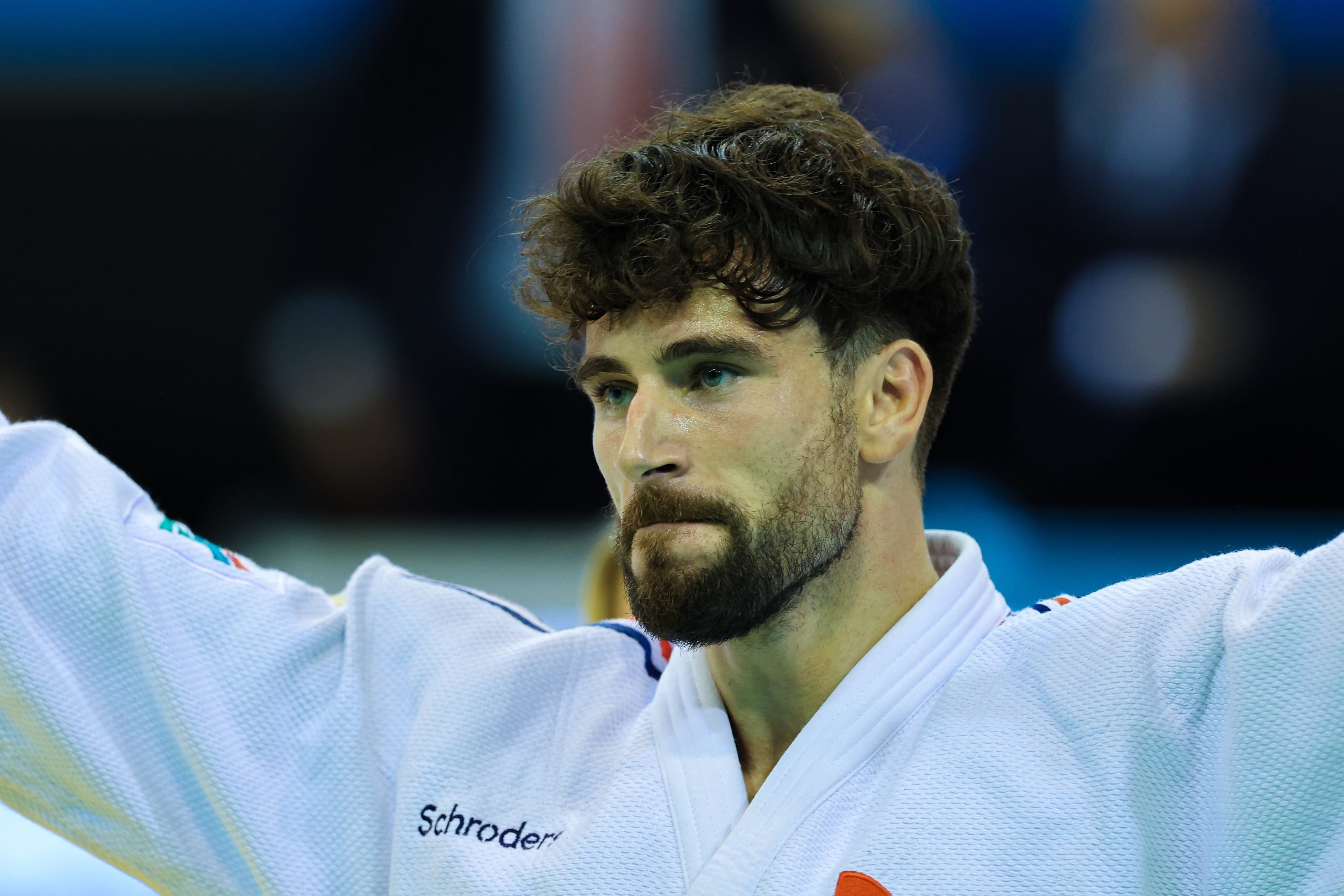 Axus: I am very happy and tired but doing what e did today in France is great and we just enjoy the moment. The crowd pushed us to win and it is a really good motivation. It feels like the Paris Grand Slam, the same sensation.

Now it may have been 3:1 at this point but the Dutch felt they could bring it back with Sanne VAN DIJKE but she simply couldn’t find her place on the tatami in this final against Margaux PINOT. A seoi nage gave Pinot the first waza ari and then a powerful, driving ko soto sent Van Dijke down for ippon, and as you can imagine, the crowd went WILD.

Coach of the women’s team was pleased with how the team worked with one another but was unsurprised by this collaboration as France already have a team and club mentality engrained in them from a young age.

After that gold medal fight I’m feeling quite well! It was a great match up with the Netherlands team, great competitors.

The world championships were particular as they were in October, also the first ones after the Olympic Games and I think it can be a difficult period for the athletes to remobilise and for the French team, it was okay, we took some medals in the womens categories but I hope we can take some more in Qatar.

In France, we have the spirit of the team. This is our first time to win the European title in mixed team and of course we have the Olympic one, it is a special thing, the ‘French touch’ as we say because of our team mentality and how they support one another. It really helped that we had great spectators.

The current Olympic Mixed Team Champions may have slipped in the world championships but here they stand as the European champions and in respect to their adoring fans, waved to each corner, engaging them as they have shown them the support needed to attain this title.

Marie Eve GAHIE competed in the preliminary rounds and reflected upon both todays success and their bitter disappointment in the world championships in Tashkent,

We were really down after the worlds, so this win was really important for us as a team to bring us back up, we will work really hard and I hope that we can keep our Olympic title in Paris too!

I was very happy for the team. Even though I wasn’t in the final line up, I was warming up with Margaux and I felt like I was in the fight with her. All the French people were amazing here and made it a pleasure to fight here. Every time I fight in France, I feel the strength because I am home and even more because we are standing there together.