Presentation of the European Championships 2015 in Glasgow 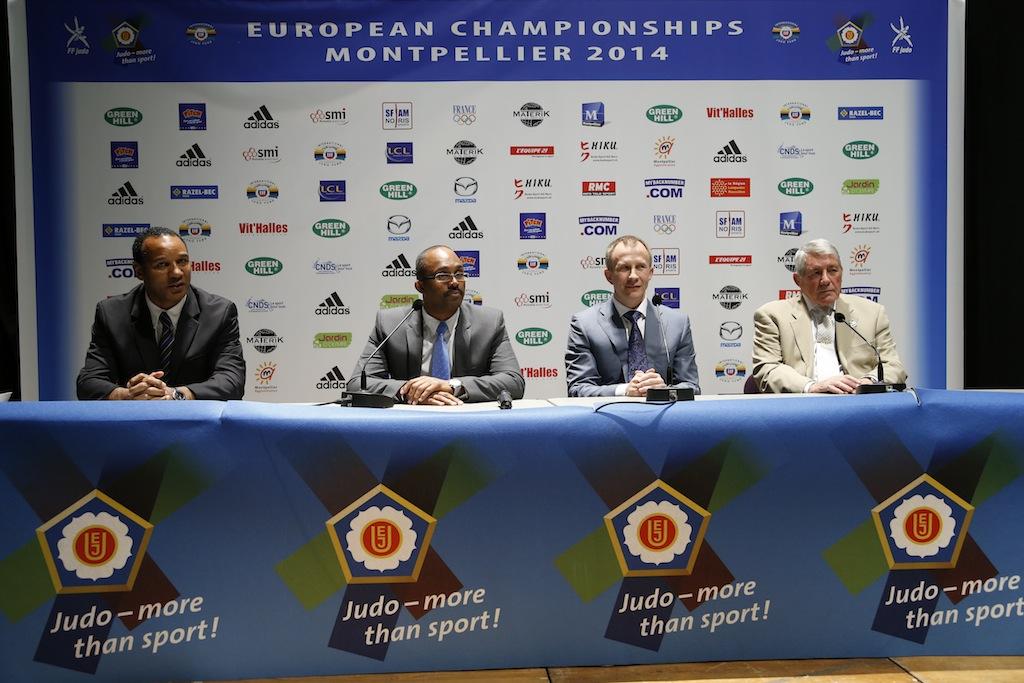 Glasgow, Great Britain, will host the European Judo Championships 2015. The president of the European Judo Union, Sergey Soloveychik, and the chairman of the British Judo Association, Kerrith Brown, signed the agreement on Saturday in Montpellier, France. The championships will take place on April 9 to 12 in the Emirates Arena in Glasgow.

“We had several candidates. The directory committee of the European Judo Union took the decision for Glasgow, because this proposal was the best. We saw a real strong wish and intention in the British Association which we like to support. It is one of our strongest federations and we like to bring this event to Scotland”, said EJU president Soloveychik. “It is an honor as the chairman of the British Judo Federation to be hosting this fantastic event in Glasgow at the Emirates Arena”, commented Brown. ”Obviously with my delegates over the past few days we’ve been looking at what we need to do as the British Judo Association to make sure that this successful event continues with a European flavor and the style of the EJU”, he added.

George Kerr, honorary president of the British Judo Association, is looking forward to welcome Europe’s best judoka in Scotland. “It’s absolutely marvelous that this event is coming to Scotland. The last time we had the European Championships was in 1995 in Birmingham and we had the World Championships also in Birmingham in 1999. It is a wonderful experience for us and I hope that we can live up to the expectations of the European Judo Union. I’m sure we can do that”, Kerr said.

Densign White, former chairman of the British Judo Association, pointed out the importance of hosting this event for British Judo. “I was very happy that the European Judo Union decided to give Glasgow the chance to host the Europeans. It’s been 20 years since we had that opportunity and in my time working with Sergey (Soloveychik) I’m trying to encourage British Judo to try and be more involved with the EJU calendar, to have more events. It’s good to see now that we have a European Championship. It is good for our athletes as well. They’ve got a European Championship, an Olympic qualification event on home soil. I think the world has seen that we have the professionalism to organize events of that level as well with the Olympics in London and how well that was prepared. The Judo event was excellent, probably one of the best events out of the whole Olympic program. Hopefully we can emulate that. We’ve got fantastic volunteers and fantastic professionals in the British Judo Association to pull it off”, White explained.