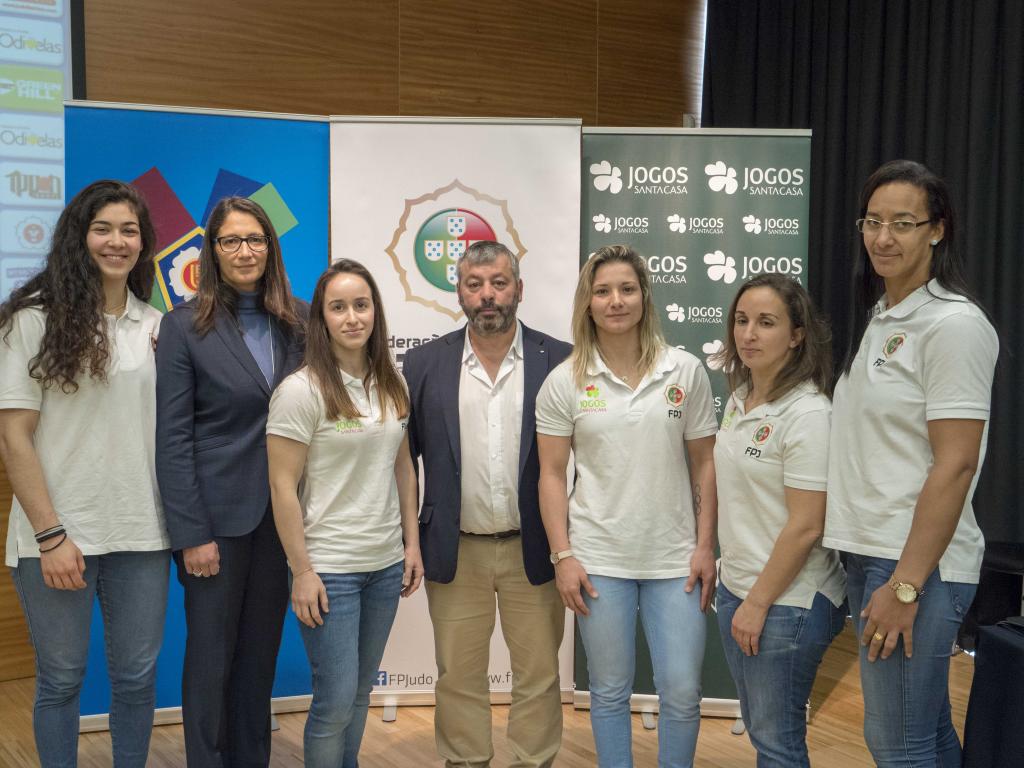 The European Judo Open Women 2018 press conference was held last Thursday, January 25th, in the Official Sports Hall “Pavilhão Multiusos de Odivelas”. The tournament will be held on the 3rd and 4th February.

According to the current inscriptions for this year, it will be a record breaker. At least 159 athletes from 20 countries of 5 different continents will visit Lisbon for the challenge. Amongst those will be strong teams, for instance, from Japan, Israel, Russia and Canada.

“The Odivelas Municipality has defined as strategic, the affirmation of the county as Sports Capital and in this sense, this successful partnership with the Portuguese Judo Federation has been fundamental.”

“It is a great pride for us to receiving this great Event. I would like to thank the International Judo Federation and the European Union for their trust in the Portuguese Federation. I am sure it will be a success at all levels.”

“For me it is a honour to be the Ambassador of this Competition. I have had the happiness of winning it several times in the past and now I will be supporting it from the side and transmitting positive energy.”

These are the best Athletes we have at national level and I believe we will be very well represented in this very prestigious competition, which is the ‘showcase’ of our National Team.“