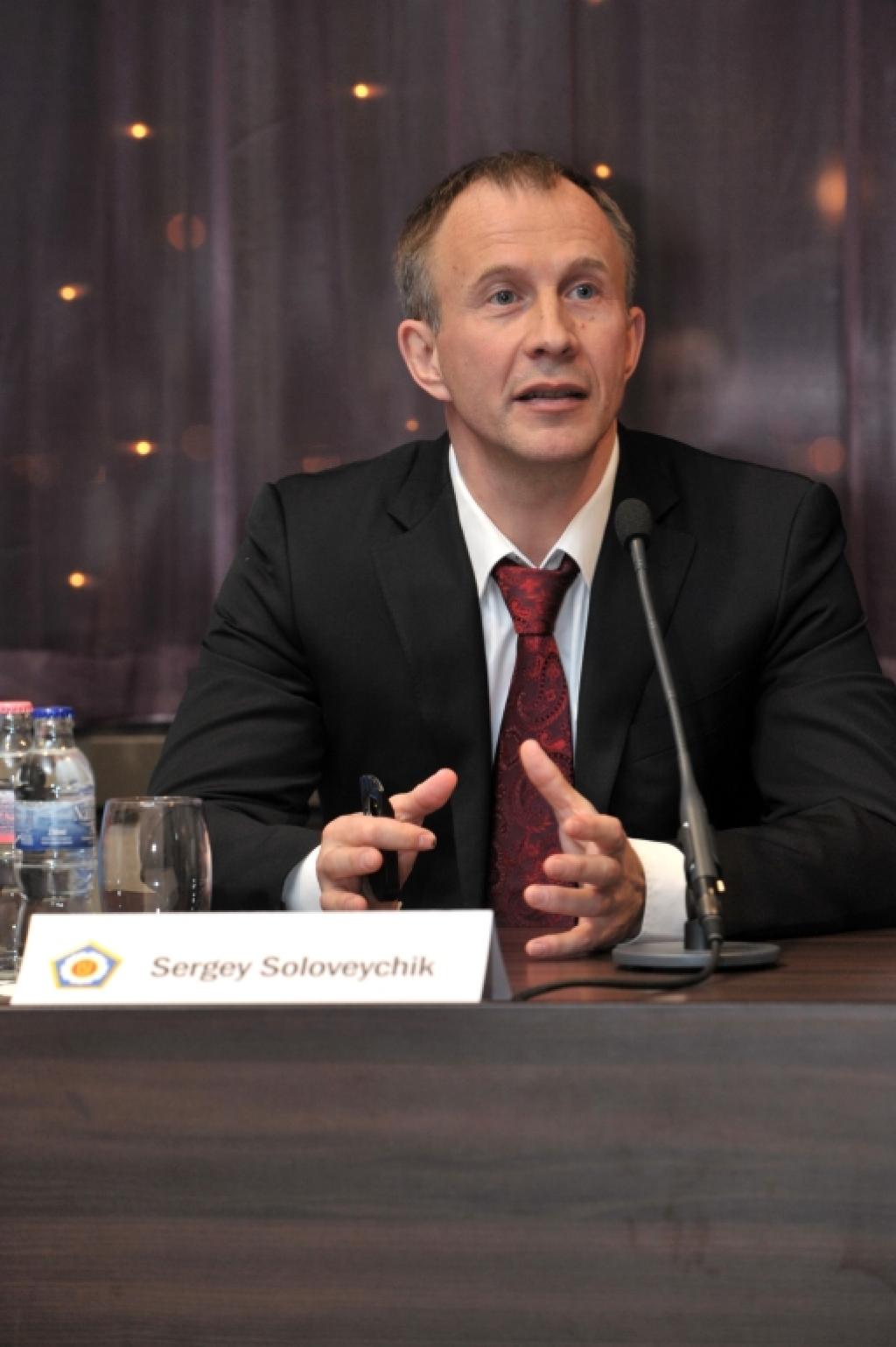 He explained briefly what happened during the congress but foremost “We are here to celebrate the Olympic performances. We are better than the other continents with 29 medals.” Soloveychik also thanked the coaches who were also present at the Press Conference. “I am happy to give the floor to our heros, our stars what they have achieved.”

At the press conference Olympic stars were present as well as their coaches:

Hungarian Judo President Laszlo Tóth said he was proud to host the 64th Congress here in Budapest. “Next April we will organize the European Championships for teams and individuals here in Budapest. It is great to have all these Olympic medallists around, including the two Hungarian medallists Eva Csernoviczki and Miklos Ungvari.”

Ilias Iliadis was a little shy when he heard he was such as a hero in Hungary, a Paganini of judo. “I want to thank the President of the EJU, it’s great to be among the athletes and we are really a family.” He responded on the European Championships. “We will come back and fight good.” His words were supported by the athletes who had to get used to such attention in advance of the gala held in the evening.

Tagir Khaibulaev said on the European Championships: “We had to ask our ask our coach if we take part in the next competition and I cannot say yet in what form I will be. We will soon prepare for the next year as planned. We have our schedule and will stick to that which is up to our Technical Director Ezio Gamba.”

Sergey Soloveychik unveiled some of the changes at the biggest IJF events: “The teams will be changed, such as maximum 9 athletes per gender, instead of the current 14.”

Also he responded on question about the forthcoming changes in judo such as changes in the grip. “It is a pity to lose some techniques, but we should understand that judo needs to be changes to get more positive judo and to avoid negative positions like bowing positions and too long fights for grips. So everytime when you change something you will lose something. It’s the idea of the IJF to find more classical judo, other (body) techniques and have more positive and offensive judo. It is only a test until the World Championships in Rio de Janeiro, so we will evaluate and takes a decision.”

Soloveychik continued: “The results done by these heros, is really unique and we should ask them how they did it. At the Olympics we went with a European team. All these heros had the possibility to work with the best referees, best sparring partners and we worked together last years. We wish to continue with the OTC Training centres in the future. It is difficult to take the first place as continent, but even more difficult to keep that position. But our team of athletes, coaches and federations it is possible to maintain and even improve this performance. Thanks to the coaches who are here, or cannot be here. This is a team and we will see the results in the future.”

Watch all pictures of the Gala and Congres: