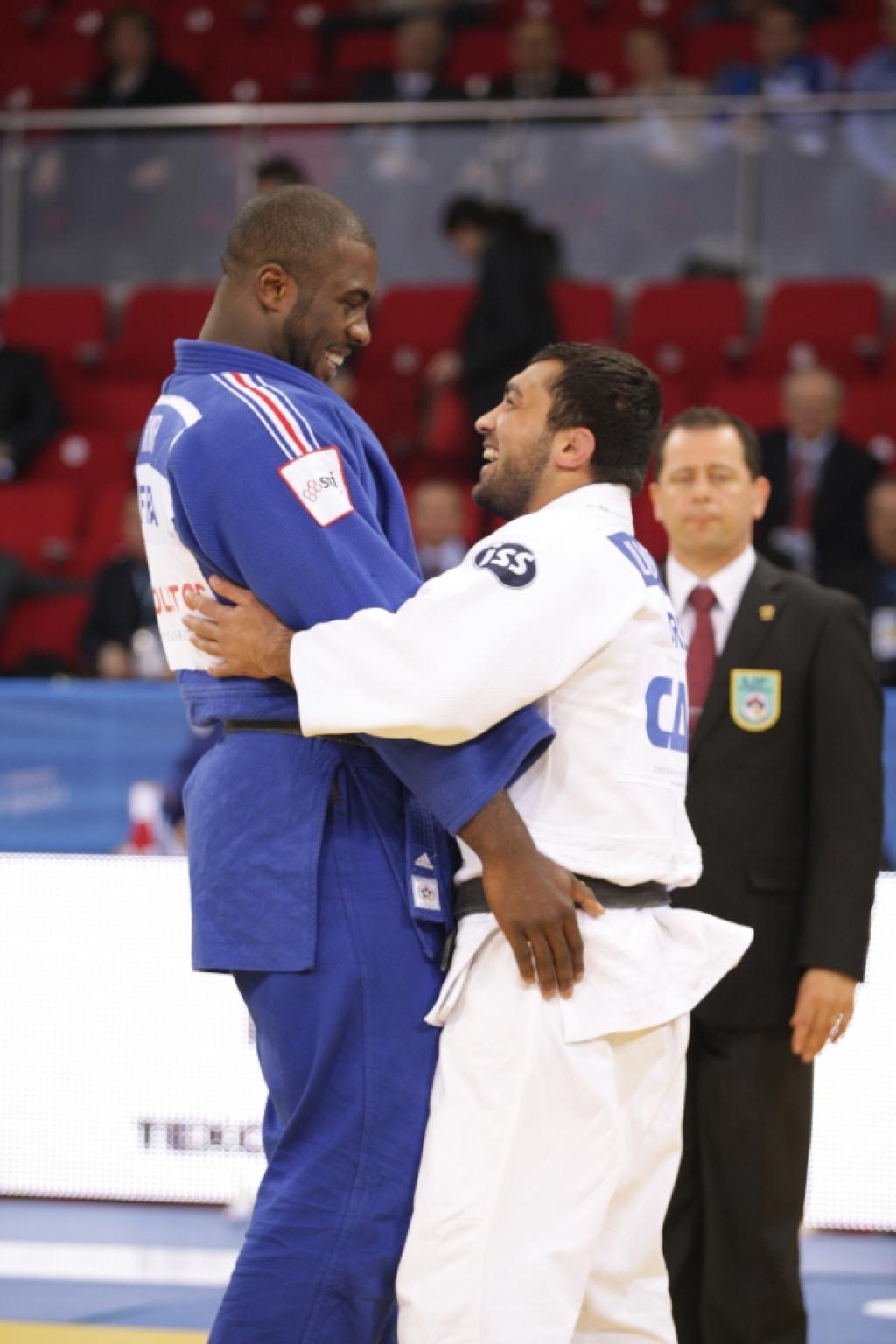 Japan will face unprecedented opposition when the 28th World Championships begin at the Stade de Bercy in Paris on tuesday, a competition that also commemorates the 60th anniversary of the founding of the International Judo Federation .

Last year, when Tokyo staged the competition, the host nation won 23 medals, including 10 titles, to reassert their grip on the sport they invented. However, two years ago, when the world championships were held in Rotterdam, the Japanese men failed to get any gold medals, something that had not happened since Paris in 1961 when there was only one category and Anton Geesink of Holland, who died last year, defeated three Japanese in a row to become world champion on perhaps the most famous day in the sport.

This year, the competition is particularly fierce because fighters are seeking to qualify and gain national selection for the 2012 Olympics and also because from 2010, two entries, instead of one, from each country have been allowed. This has greatly added to the density and talent with a record 949 competitors taking part from 136 countries.

Great interest this week will centre on the men’s heavyweight category when France’s Teddy Riner will aim to maintain his supremacy in the over 100 kilos category. He won the title in 2010 but controversially lost the Open (unlimited weight division) later in the week to Japan’s Daiki Kamikawa.

However, in the Tournoi de Paris Grand Slam in February, he got his revenge, clearly defeating the Japanese, with an osotogari (major outer reaping throw) and hold-down. Kamikawa admitted afterwards:”I was unable to do anything. I was powerless.” Riner has been recovering from injury but, if he is fully fit again and with the backing of his home crowd –the event is a complete sell-out– he should triumph again. The other Japanese heavyweight entry is Keiji Suzuki, the 2004 Olympic champion and 2010 Open class bronze medallist.

In the under 100 kgs division, Takamasa Anai, the defending world champion from Japan and successor to the great Kosei Inoue, the 2000 Olympic champion, faces such talented opponents as Henk Grol of the Netherlands, the 2008 Olympic bronze medallist and runner-up last year, and Brazil’s Luciano Correa, the 2007 world champion.

Greek Ilias Iliadis is one of the favourite judoka today. He managed to finally win the world title last year and was able to collect the European title this year. At this moment the former Olympic Champion is the European proud under 90 kgs.

In the under 81 kgs, Ole Bischof of Germany, the 2008 Olympic title-winner and European bronze medallist this year, takes part in a category that also features Jae-Bum Kim of South Korea, the reigning champion.

The Japanese are expected to dominate the lighter weights through defending champions, such as Hiroyuki Akimoto in the under 73 kgs and Junpei Morishita in the under 66 kgs. However, they lost the under 60kgs class in 2010 to Rishod Sobirov of Uzbekistan, who on August 21 was voted the best male judoka of today by the International Judo Federation at a gala dinner and event in Paris.

Among the women, Mika Sugimoto of Japan, who won both the Open and heavyweight titles in 2010 is among the favourites but so is Qin Qian of China, whom she defeated in both finals last year. However, so is an absentee from last year, the Olympic champion, Wen Tong from China, who had an adverse finding for drugs after her victory in the 2009 world championships and was initially suspended for two years. However, she appealed to the Court for Arbitration in Sport in Lausanne and it was ruled that she can take part both in this event and in the Olympics next year –under the code of eligibility for the International Olympic Committee any competitor found positive for a serious drugs offence is barred from participating in the next Olympics. Another contender in the heavyweight division is Britain’s Karina Bryant, who lost the final to Wen Tong in 2009 and has been a regular medal winner since 1998 when she won her first European title and so is Anne-Sophie Mondiere of France, five times European champion, who has returned to form after giving birth to a baby boy.

Two defending champions, Kayla Harrison of the United States in the under 78 kgs and France’s highly experienced Lucie Decosse in the under 70 kgs, are both expected to do well again while last year the Japanese won both the gold and silver medals in the two lightest divisions. Both champions Haruna Asami (under 48 kgs) and Yuka Nishida (under 52kgs) are back again.

In the under 63 kgs division, Yoshie Ueno, of Japan who was voted the outstanding female judoka of today by the International Judo Federation on August 21, is clear favourite. She has won the last two world titles.