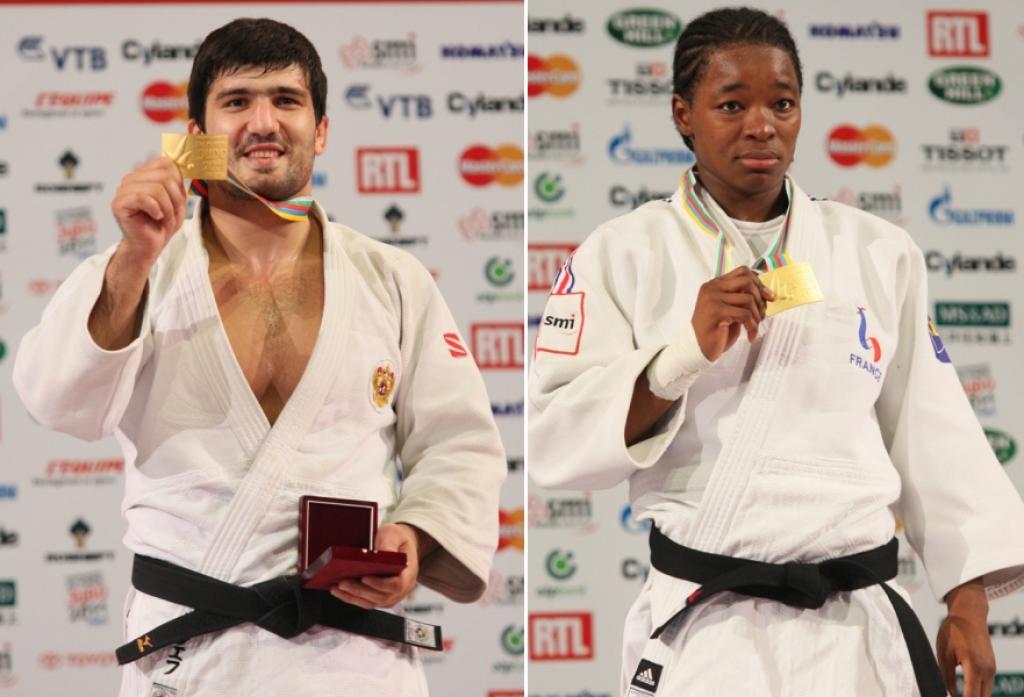 The U100kg is a true tombola of possible Olympic Champions. Maxim Rakov of Kazachstan is the world’s number one. He defeated both Takamasa Anai (JPN) and Henk Grol (NED), but vice versa they beat him. Anai is the 2010 current World Champion and did everything to hide this year. He participated at the World Masters where he lost to Rakov. Another high level candidate from Europe is the current World Champion Tagir Khaibulaev. The Russian was the surprise U100kg last year in Paris and showed himself at the European Cup in Sarajevo where he won and the Madrid World Cup that he won too. Slowly he grew towards Olympic shape and he may be Europe biggest candidate.

Another surprise this year was the European title for good old Ariel Zeevi from Israel. He is now 35 and the oldest of all participants. He is smart like a fox but do miracles exist. He already won bronze at the Olympics in Athens in 2004 and finished 13th in Beijing. In 2000 he was close to bronze so this is his fourth Olympic Games. He can become the oldest ever medallist at the Olympic Games.

In 2008 Movlud Miraliyev (AZE) won bronze aged 34. Another gentleman who has more years than the average of 27.5 in this category is Elco van der Geest. The 2010 European Champion is ready for his third Olympic Games and for him this would also be his latest trick. He defeated 2008 Olympic Champion Irakli Tsirekidze (GEO) a few times, he is not expected to win, but he knows how to peak, so let’s not whipe him out.

When it comes to medals Lukas Krpalek is used to the stage, maybe not at the highest rank in such participants field, but the best ever talent of the Czech Republic is close to the top and will for sure upset some dreams. He the best of youngsters, aged 21.

In the seeded top 8 five Asians. Besides Rakov and Anai also Korean Hee-Tae Hwang (KOR), Ramziddin Sayidov (UZB) and Naidan Tuvshinbayar (MGL) and potential medalists. Whoever is a good gambler can hardly predict this outcome U100kg.

Women’s U78kg
In the women’s U78kg category Europe has smaller chances for a gold medal as this category is one of the few divisions not strongly dominated by European fighters. Kayla Harrison (USA) is in a good shape and has won the most gold medal of all athletes in this year. History can be made of Mayra Aguiar (BRA) becomes the first female judoka from Brazil to win gold. Harrison could even be the first American to win Olympic gold in judo. While from Japan Akari Ogata (JPN), 2008 Olympic Champion Yang Xiuli (CHN) and Asian champion Purevjargal could become the first Mongolian woman to claim an Olympic judo medal.

Nonetheless the European hopes are for the current World strongest fighter: Audrey Tcheumeo, the strong French who claimed the world title last year at home in Paris, just 21 years young, now 22.
The reigning world champ is ranked third in the world. She has beaten all favourites so can repeat her 2011 performance and be crowd as the best of the world again. Hungarian challenger Abigel Joo can become the first ever female medallist for her nation. The youngster took her second European senior title and can be a surprise of the strong Hungarian women’s team including Csernoviczky, Karakas and Meszaros. The younger judoka from Europe are the strongest contestants against the other rivals from the other continents. Tcheumeo (22), Joo (who turns 22 at 6 August) and Ana Velensek (SLO, aged 21). The experience comes from Heide Wollert, seeded as 8th, and the none seeded Marhinde Verkerk (NED), the 2009 World Champion and that year’s runner up Maryna Pryshchepa (UKR).

Anything can happen in this very open and competitive category. Watch it at 2 August in London.