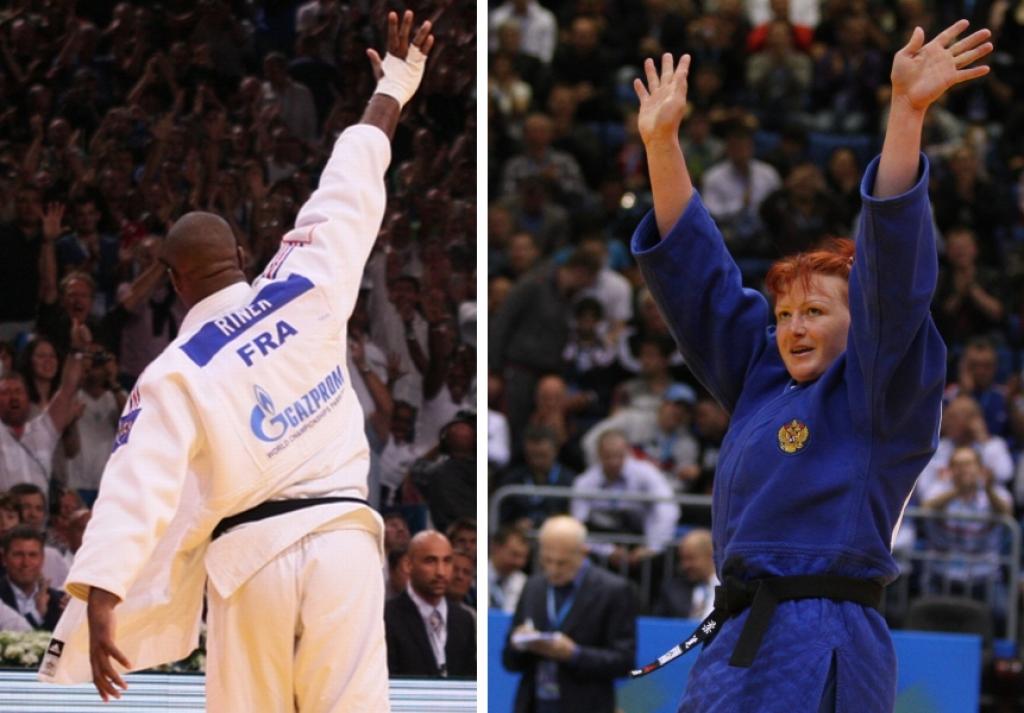 At the last day of the Olympic Games judo tournament it’s Teddy time. Everyone will expect the gold medal for the giant from France. The 5- times World Champion has dominated the complete qualification period with outstanding powerful judo. Riner chases his first gold medal at the Olympic Games, after collecting bronze in 2008 when Satoshi Ishii (JPN) took the unexpected gold medal and Riner lost to Tangriev (UZB).
At the age of 23, Riner is the undisputed favourite, but there is competition.

The main competitor for the Frenchman is Andreas Toelzer from Germany, who seems to get closer each fight, so nothing is impossible. Toelzer took the silver behind Riner in the past two world championships. Following a 9th place in 2008 and a 7th place in 2004, the German probably has his best shot ever at the Olympic podium. He is ranked second in the world.

Interesting in this category is the wide spread competition of all over the world. Traditionally Japan is strong and has won five of the past 11 men’s heavyweight competitions, including the last two. No NOC has more than three. The nine total medals are a record as well. But this time Japan is not among the 8 seeded judoka, although they bring in 2010 World Champion Daiki Kamikawa. He was the one who defeated Riner in a legendary fight in the final of the Worlds.

France has a tradition in the heavyweight division where David Douillet has won the most medals, two gold and one bronze. The men’s heavyweight category is one of the four disciplines part of the judo inauguration during Tokyo 1964 Olympic Games.

Kim Sung-Min (KOR), 25, is ranked fourth and reigning world bronze medallist and medal candidate as well.
Egyptian Islam El Shehaby has developed strong in this Olympic cycle. He is seeded as fourth and booked excellent results in the IJF Masters. He may take a medal as well and continue the performance of Hisham Mesbah in Beijing in 2008, taking bronze U90kg.

Last but not least two European candidates. Hungarian Barna Bor, who is always among the top 8 at major events. This year he lost the final of the European Championships against the experienced Alexander Mikhailin (RUS). At the age of 32 he won the European title surprisingly and despite his 3 World titles, he debutes at the Olympic Games. He drew attention again by claiming the bronze at the 2011 world championships and his European title was the confirmation he is still on the top. He won 17 out of his 19 registered fights in 2012 and is a definitely a medal threat in London. He is still fresh and eager to take a gold medal in the promissing Russian team.

Other Europeans who are not seeded but are outsiders: Ihar Makarau (BLR), 32 years and Olympic Champion U100 in 2004 and Adam Okruashvili (GEO), 23 years. Sixteen Europeans in total who may be able to reach the Olympic flow.

It’s going to be a spectacular weight class at the last day.

Women’s +78kg
The women’s heayweight category is dominated by Tong Wen (CHN) for years, and still she is the biggest favourite for the Olympic title. Since the official debut of women’s judo at the Olympic Games in 1992, Asia has won all Olympic titles. In 1988 the women’s heavyweigt category was a demonstration sport, won by Angelique Seriese (NED). At World Championships Beata Maksymow was the last non-asian to win the World title in 1999.

Now this era China and Japan set the tone in history, but it is no guarantee that the gold is for China. Tong and Mika Sugimoto (JPN) are separated in the seeding. Sugimoto is the 2010 World Champion and bronze medallist of 2011. She won the Grand Slam of Tokyo last year.

From Europe Elena Ivaschenko (RUS) is the biggest challenger for the Asians. Ivaschenko is the European Champion and if she survives the first rounds, she may meet Tong in the semi final and Ortiz (CUB) in the quarter. Gulsah Kocaturk (TUR) is seeded in the same side so has a tough challenge in Tong.

At the other side of the draw sheet Lucija Polavder (SLO) is seeded among the world’s best athletes such as Sugimoto, Maria Suelen Altheman (BRA) and Na-Young Kim, but it’s not impossible to survive.
In between strong outsiders such as Anne-Sophie Mondiere (FRA), Urszula Sadkowska (POL), Iryna Kindzerska (UKR) and especially Karina Bryant (GBR) will try to stunt. For Bryant an extra challenge on home soil. Her experience and fighting spirit for a last ultimate trick and last in the line for Britain, she may take the opportunity to take that medal for her nation. It’s her fourth Olympic Games, but never finishe in the top 8, now is her chance, but in this competition it is not easy to excel. Bryant, a 7 times World Championships medallist won European bronze this year and can still make miracles come true. 10,000 people will shout her to her best ever performance.

Witness it at 3 August in the ExCel in London!

How did it go four years ago?