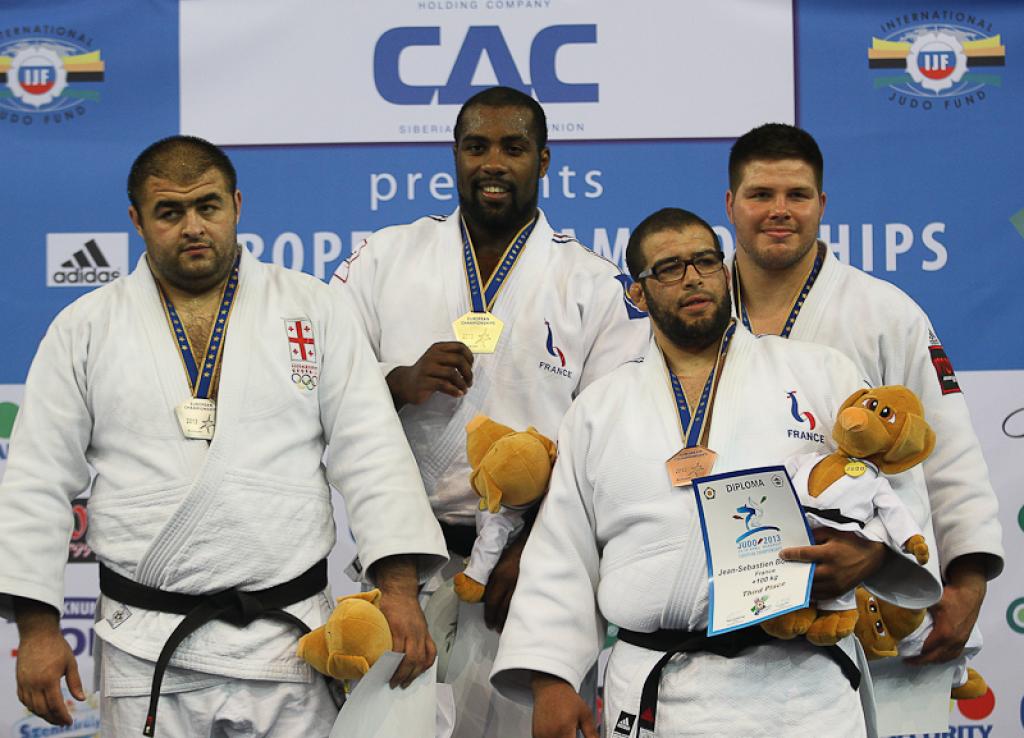 Who else than Teddy Riner is the main candidate to prolong his European title. He even skipped Paris to be sure he was recovered in time for Montpellier. A full house to support Teddy at the day with the summum of judo.

Maximise your day by knowing all about the opposition. Who will become best of the rest, or who will silence the Arena by surprising the magical Teddy. Number one contender is Adam Okruashvili who is always happy to fight Teddy, and although the risk on losing is big, the chance on beating him becomes bigger each day. Although still low, Okruashvili is the man with the best papers. He is even ranked higher in the IJF World Ranking due to the injuries of Riner and now climbed to the number two position. Also possible is a rematch of the Olympic final between Riner and Alexandr Mikhailine who is with the tall Renat Saidov a serious threat to do the unexpected. Mikhailine knows when he needs to peak and is the European Champion of 2012. Georgia has another candidate in Levani Matiashvili who should be estimated in the group of outsiders which also include Dutch Roy Meyer who won the European Open in Sofia and keeps developing. He defeated Barna Bor who is also expected to highlight his year so far. André Breithbarth (GER) is able to beat both, and thus co-outsider. Big guy Marko Radulovic (MNE) is able to surprise and the same counts for Stanislav Bondarenko (UKR). Some see a European champion in Daniel Allerstorfer but realistically he should be happy to reach the last 8. Check out all likely fighters +100kg in the draft participants list in the right upper corner. Watch the hero profile of Teddy Riner who wants to prolong his European gold medal of Budapest.