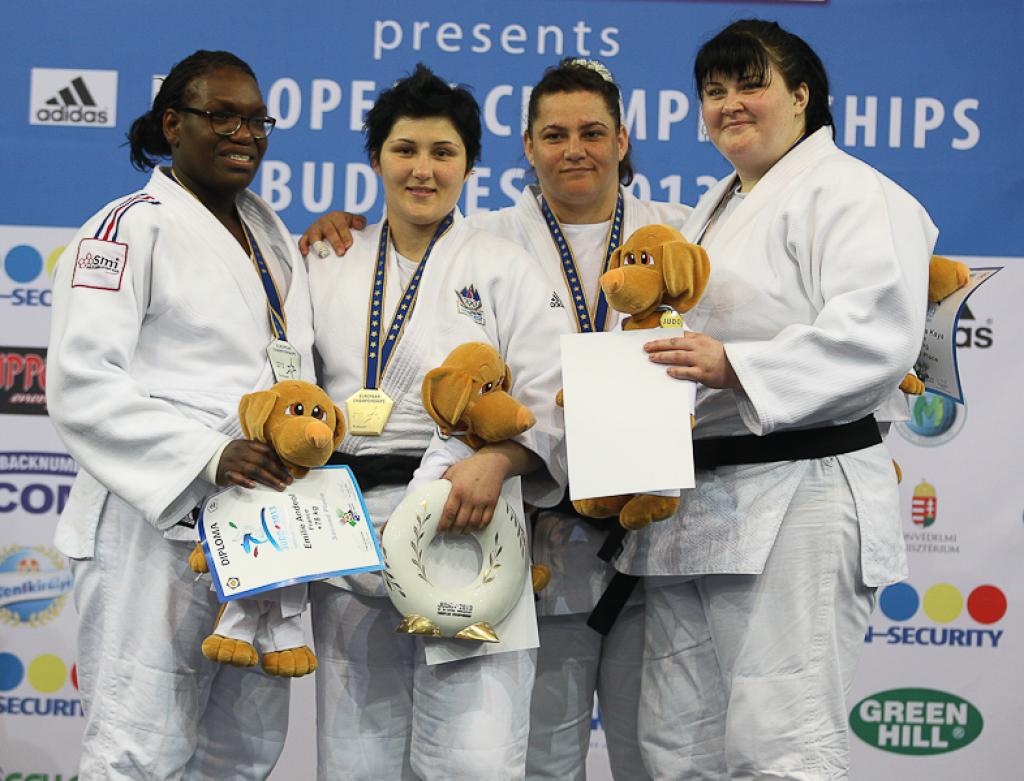 We zoom in previewing the heavyweight category for women +78kg. Lucija Polavder defends her title in the south of France, the experienced Slovenian will face a small but strong pack of opponents.

With the release of the most likely participants list at the European Championships we can estimate who are the potential medallists for Montpellier. Although we hope there will be lots of surprises the strength of the European women in the world is typical for the strength of this forthcoming European Championships. All 12 female medallists of the World’s in Rio will appear in Montpellier. Although other countries dominate the world level, Lucija Polavder is one of the most dynamic judoka among the participants. She moves fast, throws hard and is always on the move to attack. She will face big names such as Emilie Andeol, Larisa Ceric and Maryna Slutskaya. Andeol at home can possibly bring miracles. She was the best ranked European at the Grand Slam in Paris and best ranked European in Rio. Perhaps most dangerous are the two women from Turkey Kubra Kara and Gulsah Kocaturk. Double positions also for Germany that has a reputation in the heavyweight. This time the tall and athletic Franziska Konitz is able to throw everyone in the field, and may be the prior candidate, even more than the strong Jasmin Kuelbs. Larisa Ceric of Bosnia Herzegovina has proven to be among the best, but can she do it at senior level, the former European U23 champion is still European champion… among students. She can use her head this time, at the European Open in Rome she wasn’t brilliant but came back in Sarajevo‘s European Cup recently capturing the gold. Will the fast and smaller judoka win, or the real heavyweights. Interesting enough to stick to your computer or TV. Follow the European Championships from 24-27 April live in our website. Watch the video teaser of Montpellier, worth while.