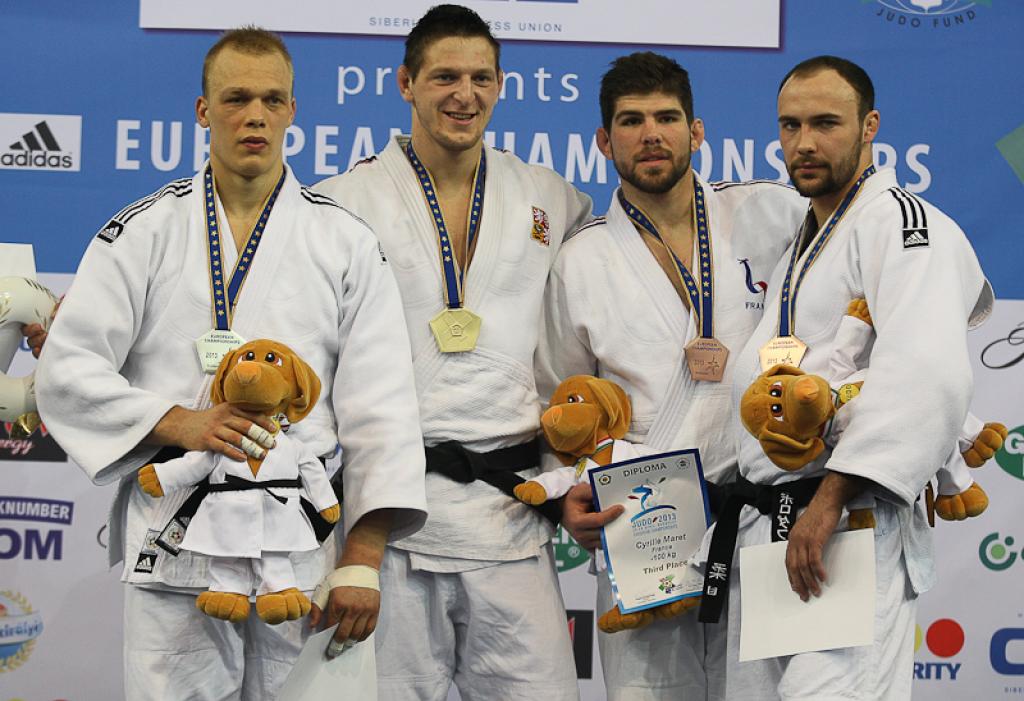 Although the field U100kg misses a few important elements, it is still competitive enough. The European Championships will see a spectacular show U100kg with the likes of World Champion Elkhan Mammadov and European Champion Lukas Krpalek.

Certainly the French will stand on their seats when Cyrille Maret arrives the arena for his attempt to bring the gold to France. Enough challengers for a change of the European title. Belgian Toma Nikiforov is ready for senior success. Last year he finished seventh but won bronze at the World Junior Championships. One of the candidate is German Karl-Richard Frey who booked a lot of progression taking a number of serious medals over the last year. Latvia sends two strong and tall guys, Jevgenijs Borodavko and Viktors Resko who may be able to stunt for Latvia. The spectacular European U23 Champion Jorge Fonseca is the pride of Portugal in the men’s category. Who knows what he can achieve with his massive throws. For this category you need to stand you man! Without Olympic medallists Tagir Khaybualev, Henk Grol and Dimitri Peters the field is hurt, but can you image the strength of Europe in this weight class. Looking forward to the World’s in Chelyabinsk? We are, but let’s wait for Montpellier unveils its new champion. Check out all likely fighters U100kg in the draft participants list in the right upper corner. Watch the hero profile of Elkhan Mammadov who wants to taste the sweet of European gold this time. With Ariel Zeevi as oldest European Champion at the age of 35, you’re a youngster with 32 years.