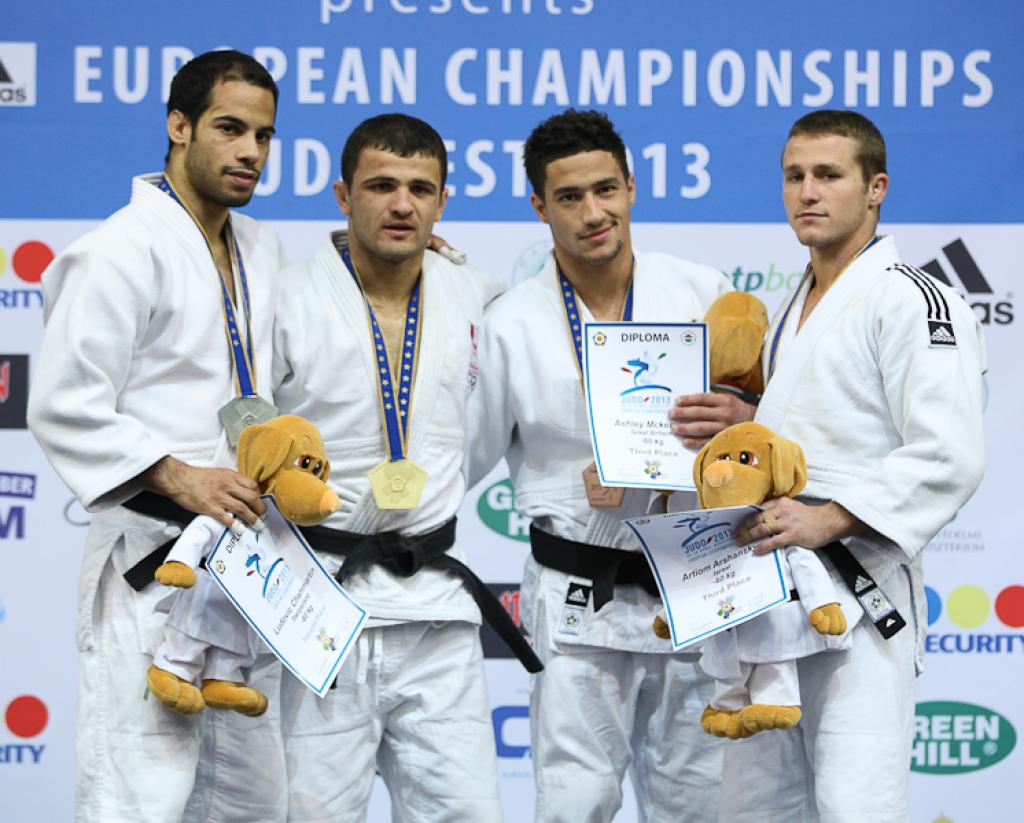 At World level the category U60kg is dominated by Naohisa Takato (JPN), but it will be interesting to see who will be his challenger at the World Championships.

With the release of the most likely participants list at the European Championships we can estimate who are the potential medallists for Montpellier. Although we hope there will be lots of surprises the strength of Europe in the world is typical for the strength of this forthcoming European Championships. More than 70% of all 18 male medallists of the World’s in Rio will appear in Montpellier. Some are injured (Iliadis, Denisov), some are retired such as Toelzer. Do you remember that the highest ranked European medallist U60kg was Orkhan Safarov? Well here’s you’re update. Safarov is one of those new birds who can now take it to gold in Montpellier. But the favourites will come from Russia. Olympic Champion Arsen Galstyan will always be a favourite, not easy to handle when your next serious target are the World Championships. Perhaps Beslan Mudranov may be in a good shape and regain his European title of 2012. What to say from Georgian European Champion Amiran Papinashvili? Certainly one of the best. Will British Ashley McKenzie once more take a bronze medal back home or are the ones mention his big brothers? Another strong opponent from Azerbaijan is Ilgar Mushkiyev, but with him many, the Swiss guys such as Chammartin who outperformed last year with silver or Ahmet Kaba. Good old Lupo Paischer may be able to bring some confidence along from his promising form of Samsun. Always an interesting category to watch out for. Check out the lightweights U60kg in the draft participants list in the right upper corner. Follow the European Championships from 24-27 April live in our website. Watch the hero profile of Arsen Galstyan, it’s been 5 years ago since he won the European title in Tbilisi, can he deal with the high expectations?