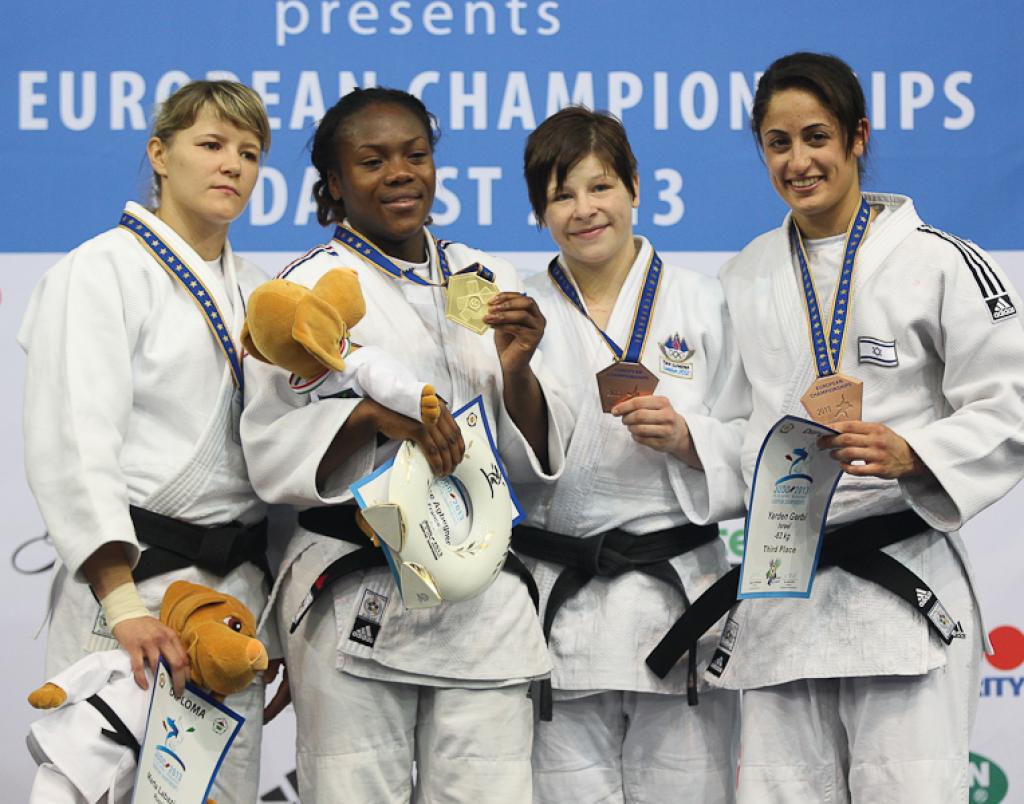 All medals in the category U63kg at the World Championships last year in Rio were captured by European judoka. We can say that the European Championships in Montpellier will provide a world class podium for you.

European Champion and World runner up Clarisse Agbegnenou will feel the support of a full house and will defend her title of last year in Budapest. The most likely opponent will be her friend but major nemesis on the tatami Yarden Gerbi, the world champion from Israel. Naming those two stands for the most strong and innovative judoka in this moment in this middle weight category. The World Champion would like to capture her first European title, something that the youngster Agbegnenou already achieved. Montpellier will bring you a first class field with Austrian Kathrin Unterwurzacher who beat both of them recently and Dutch Anicka van Emden as their major rivals it can bring fireworks in the Arena. Germany’s Martyna Trajdos, strong Italians Edwige Gwend and Valentina Giorgis and the eve lasting Slovenian opposition from Trstenjak and Milosevic it promised to be a spectacular event. As a matter of fact, everyone is strong in this category with outsiders Gercsak, Mohamed Seghir, the Swedish ladies Bernholm and Hermansson and Russian Marta Labazina who reached the final last year in Budapest. Check out all likely judoka U63kg in the draft participants list in the right upper corner. Follow the European Championships from 24-27 April live in our website. Watch the hero profile of Clarisse Agbegnenou, who will be supported by thousands of French fans.