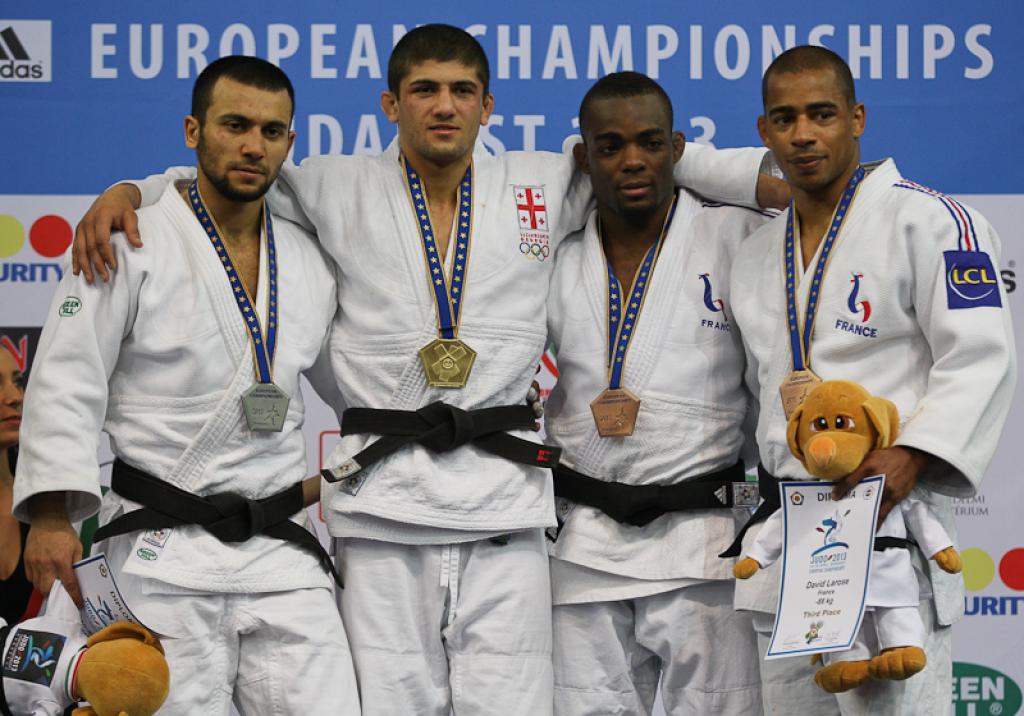 At World level in Rio Georgii Zantaraia was the only European to reach the stage of the category U66kg but Europe is strong enough to see who can challenge World Champion Ebinuma. You probably remember the Olympic final between Shavdatuashvili and Ungvari

With the release of the most likely participants list at the European Championships we can estimate who are the potential medallists for Montpellier. Although we hope there will be lots of surprises the strength of Europe in the world is typical for the strength of this forthcoming European Championships. More than 70% of all 18 male medallists of the World’s in Rio will appear in Montpellier. Some are injured (Iliadis, Denisov), some are retired such as Toelzer. To start with the French, with David Larose and Loic Korval they have very good papers for a gold medal. Larose belongs to the top for years and will be supported by 10,000 people. Last year he won bronze, in Samsun he won gold against Korval in the final. Two other strong rivals met in the final of the GP Tbilisi; Nijat Shikhalizada (AZE) and Georgii Zantaraia (UKR); Shikhalizada won. Both are expected in the final stages at the Europeans. Happy to see the British with two participants: Colin Oates and Nathon Burns, you never know. Same for Israel with Pollack and Flicker, both have chances with a good day. The Russian equipe can have high expectations with Alim Gadanov and Mikhail Puylaev. The last won in Paris, Gadanov got in shape in Düsseldorf and Tbilisi taking bronze. More Outsiders: Kardava (GEO), Verde (ITA), Uriarte (SPA), we can conclude a sensational field! Check out the tough guys U66kg in the draft participants list in the right upper corner. Follow the European Championships from 24-27 April live in our website. Watch the video highlights of last year