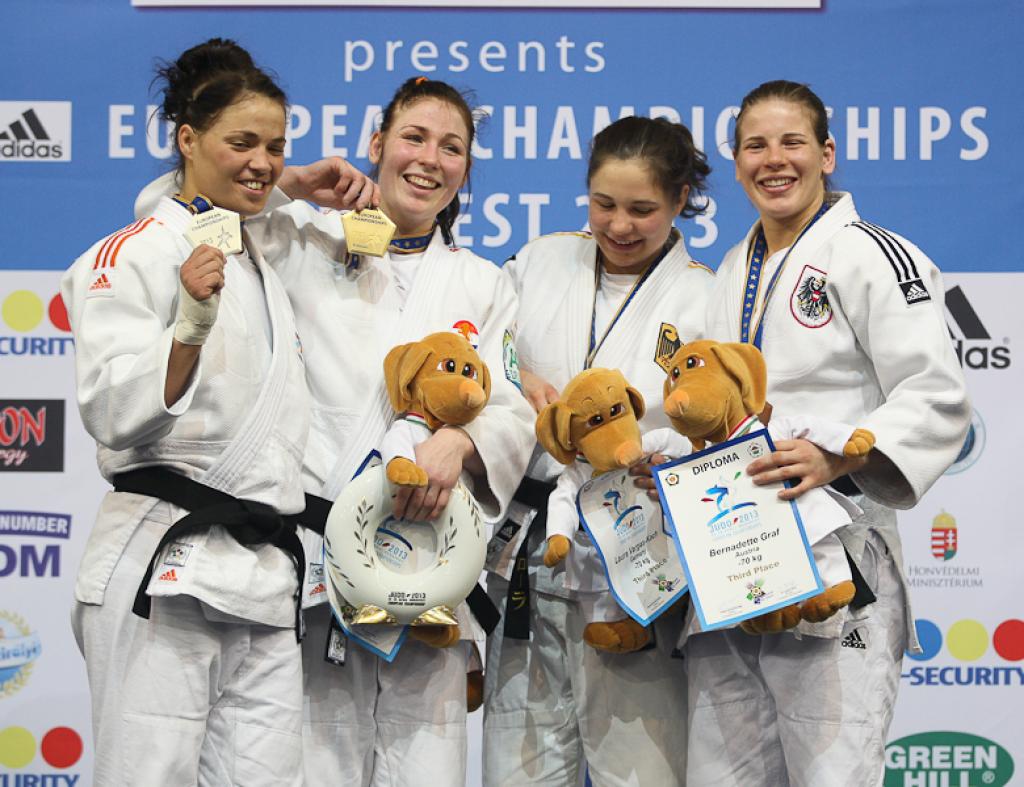 She was one of the most spectacular judoka of last year when Dutch Kim Polling unveiled her secrets at the Tournoi de Paris against the Olympic Champion Decosse. Since then she won 7 medals in 5 major events. Even with the bronze at the World Championships she was extremely happy.

Despite her injuries, Kim Polling is still the absolute favourite to retain her European title. Last year’s runner-up Linda Bolder (NED) is injured but still enough to enjoy this event with Germany’s Laura Vargas-Koch who’s the world’s number two. Who are the challengers for the European title in Montpellier. You can see all opponents in our release download list. Sally Conway is at place 9 the third ranked European and he Brits are hot these days. Conway and Megan Fletcher stand for medal chances for Great Britain this year. Austrian Bernadett Graf won bronze last year but hasn’t showed her real power yet but can be expected in Montpellier. The French have two strong opponents in Gevrise Emane and Fanny Posvite, both capable of capturing a medal. Italy’s Jennifer Pitzanti can be sensational differing per day. Interesting will be to see how the youngsters are going to perform against the experienced judoka. World Junior Champion Barbara Matic is an outsider and develops strong. What about Katarzyna Klys who won European medals previously, competed at two Olympic and is back as a mother, what dimension could that deliver? Check the mothers, rookies and machines U70kg in the draft participants list in the right upper corner. Follow the European Championships from 24-27 April live in our website. Watch the hero profile of Kim Polling, one of our EJU heroes.

Watch the video teaser for Montpellier of last year