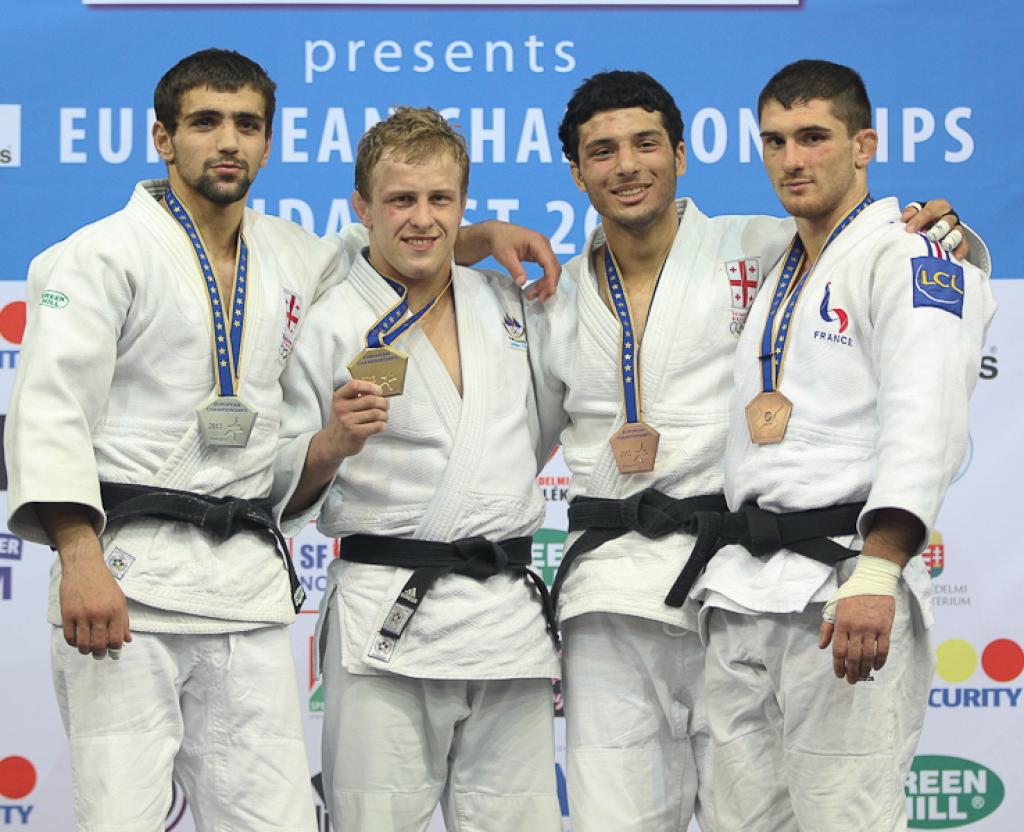 One of the most spectacular weight categories at the European Championships in Montpellier will be the weight class U73kg.

Europe has an Olympic Champion in Mansur Isaev, although Russian will be represented by Musa Mogushkov. Secondly three out of the four Rio medallists were European. Shohei Ono is the World Champion but he was followed by Ugo Legrand (FRA), Dex Elmont (NED) and Dirk van Tichelt (BEL), they are all in Montpellier to show you their best judo. With the release of the most likely participants list at the European Championships we can estimate who are the potential medallists for Montpellier. Although we hope there will be lots of surprises the strength of the European men in the world is typical for the strength of this forthcoming European Championships. With the three World medallist we name perhaps the biggest favs for the European title. But we didn’t yet name Olympic Champion (U66kg) Lasha Shavdatuashvili (GEO) and European Champion Rok Draksic of Slovenia who will be eager to keep his title in this amazing field. Interesting to see are the developments in Germany with strong players such as Christopher Voelk and Igor Wandtke to name the two representatives, also Soshin Katsumi is not the worst, but not in Montpellier. Previously named Musa Mogushkov is not the highest favourite but should be able to qualify for the last 8. With him many outsiders: Orujov (AZE), Vanlioglu (TUR), Italians Parlati/Regis, Georgians Rekhviashvili and Tatalashvili. Uematsu (ESP), Muki (ISR) and ofcourse triple European Champion Miki Ungvari can upset anyone of the above fighters. Check out the fighters U73kg in the draft participants list in the right upper corner. Follow the European Championships from 24-27 April live in our website. Watch the hero profile of Mansur Isaev.

Russia will be represented by Musa Mogushkov. If he’s one of your favourites, let us know in our Facebook. Watch the video highlights of last year