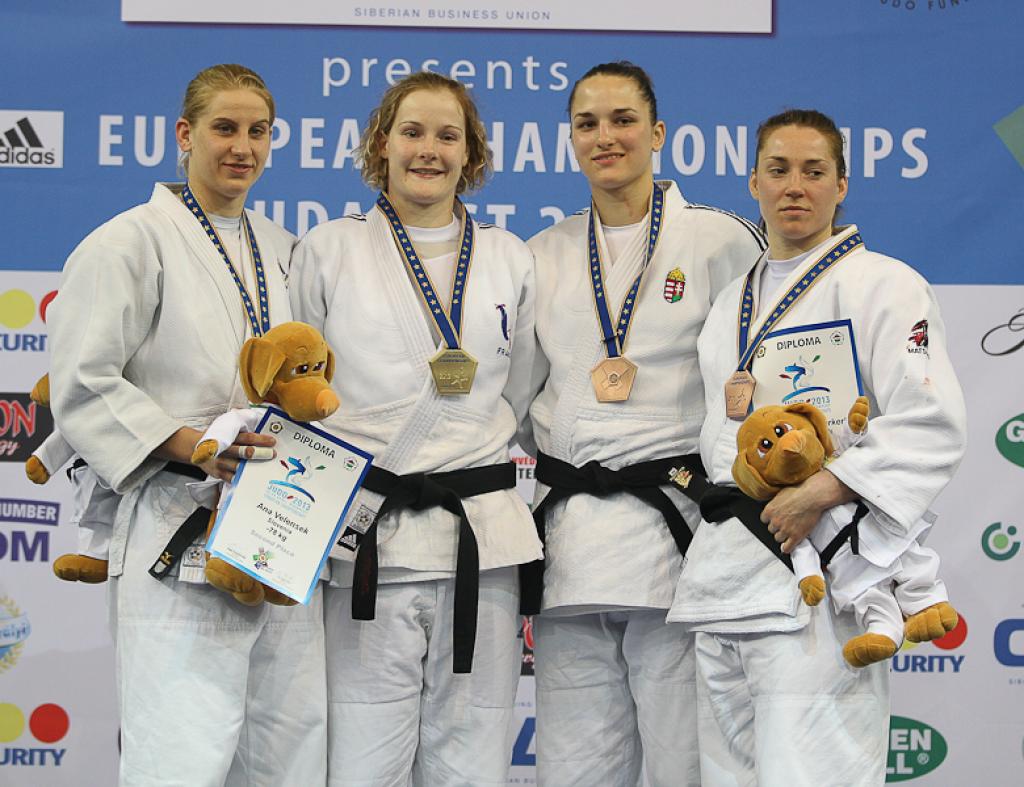 One of the most spectacular weight categories at the European Championships in Montpellier will take part on Saturday, the women’s U78kg category.

With the release of the most likely participants list at the European Championships we can estimate who are the potential medallists for Montpellier. Although we hope there will be lots of surprises the strength of the European women in the world is typical for the strength of this forthcoming European Championships. All 12 female medallists of the World’s in Rio will appear in Montpellier. Europe’s best ranked judoka U78kg was Marhinde Verkerk. The 2009 World Champion never won a European title and believes this it is about time. The competition will be tough though with two title candidates supported by the French crowd. Last year’s European Champion Lucie Louette and Olympic medallist Audrey Tcheumeo. Both have a fair chance on the title. The foreign opposition will come from Slovenia that sent Ana Velensek, the winner of the Grand Slam in Paris. She can beat the best and defeated Madeline Malonga (FRA) in the final. She was not even selected. Great Britain will not send Gemma Howell, but Natalie Powell who has shown she is in the best shape of her life. Belgian Sofie de Saedelaere experienced an excellent pre-season, will she be able to hold her form? Her neighbour from The Netherlands, Guusje Steenhuis was close to a final position in Paris but showed she can be among the best in this category. She might take a second Dutch medal, but also Russia and Spain send two judoka to Montpellier. Last but not least Luise Malzahn won two Grand Prix and should be able to reach the medal stage in this shape. Follow the European Championships from 24-27 April live in our website. Watch the video teaser of Montpellier, worth while.