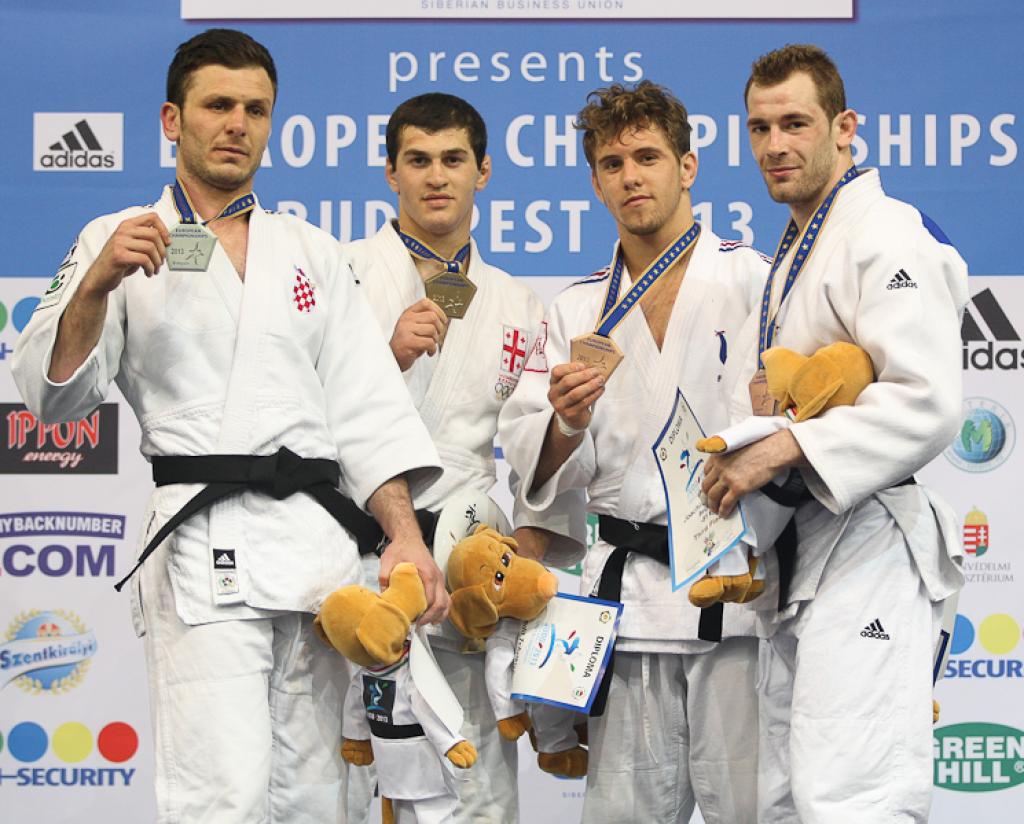 A battle between the World Championships finallists Frenchman Loic Pietri and Georgian Avtandil Tchrikishvili is most likely at the European Championships in Montpellier. The category U81kg will be a massive battle.

World Champion Pietri and European Champion Tchrikishvili are the favourites, but who is the opposition? With the release of the most likely participants list at the European Championships we can estimate who are the potential medallists for Montpellier. Although we hope there will be lots of surprises the strength of the European men in the world is typical for the strength of this forthcoming European Championships. French Alain Schmitt was last year’s number three in Rio and can be seen as an outsider. Germany brings in an excellent team with Sven Maresch, the winner in Samsun and Alexander Wieczerzak who won silver in Samsun and bronze in Düsseldorf. He develops tremendously well. Also the Greek can have realistic expectations on a European Championships medal, despite the absence of Iliadis U90kg they bring in Roman Moustopoulos and Alexios Ntanatsidis who will definitely hurt some guys. Outsiders can be the Hungarian input with Csoknyai and Kriszan. Last year’s silver medallist Tomo Marijanovic almost brought a miracle last year, is he able to repeat his stunt? Belgian Joachim Bottieau did it in 2012, Czech Musil is able to get far but the real danger comes from Russia with Murat Khabachirov and Sirazhudin Magomedov. Both fought the European Championships final in 2012. Check out all likely fighters U81kg in the draft participants list in the right upper corner. Follow the European Championships from 24-27 April live in our website. Give your opinion on the favs in our EJU Facebook. Watch the video preview for Montpellier