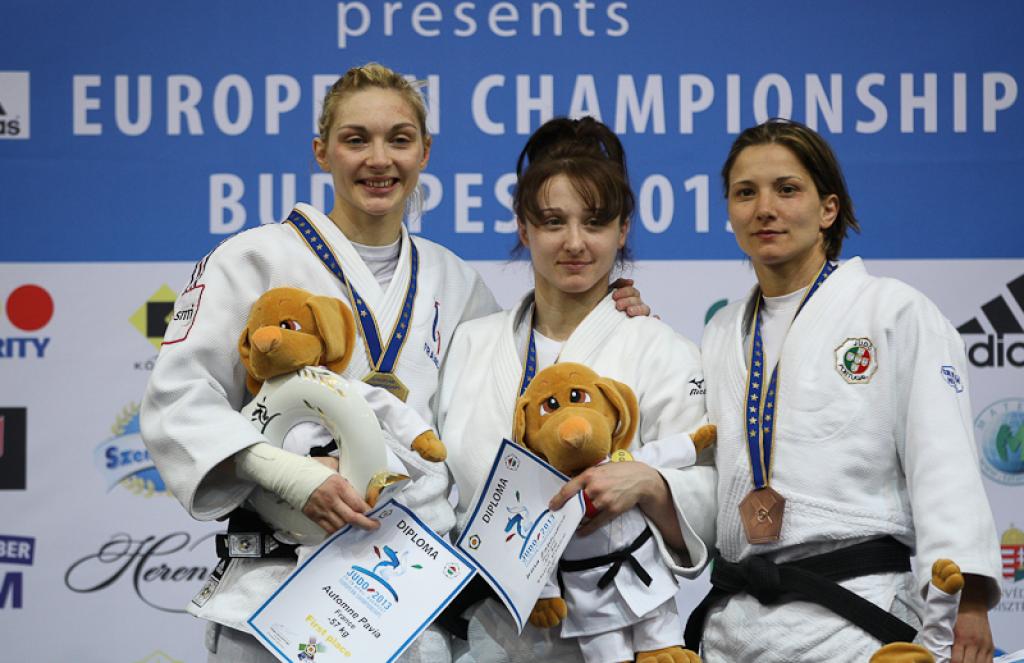 We zoom in previewing the category for women U57kg. Tell us your pick in our Facebook.

With the release of the most likely participants list at the European Championships we can estimate who are the potential medallists for Montpellier. Although we hope there will be lots of surprises the strength of the European women in the world is typical for the strength of this forthcoming European Championships. All 12 female medallists of the World’s in Rio will appear in Montpellier. European Champion Automne Pavia of France may be the biggest favourite. She won bronze in Paris, but was the best seeded European player. She will get opposition by Telma Monteiro who won the title four times. Corina Caprioriu, former European Champion and Olympic runner up from Romania and Vlora Bedeti who is an outsider from Slovenia. What a miracle that Sabrina Filzmoser of Austria is back and a re-match at European level against Pavia will have an extra dimension given the anticlimax last year where Sabsi broke her arm. In this category no guarantees apply as the outsiders can grab a medal too, but there is more distance than before. Hedvig Karakas is one of those outsiders, gold in Sofia, bronze in Samsun, always good for a top position when the pressure is higher. Follow the European Championships from 24-27 April live in our website. Watch the hero profile of Automne Pavia, the favourite to prolong her last year’s European title.