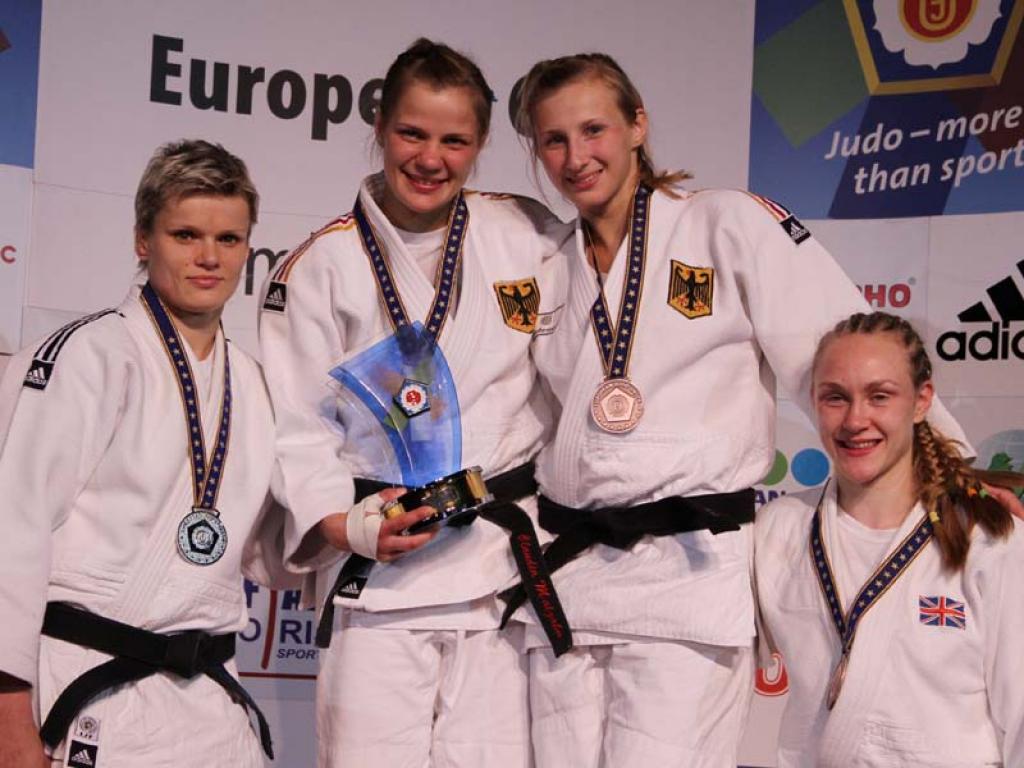 Over the last 10 years, the Hungarian young women have been the most successful. Hungary won 17 medals over the last decade, Germany however is leading by 34 wins, followed by Japan 23 wins.

Barbara Maros and Hedvig Karakas are the only ones who have won in Berlin three times. Abigel Joo (HUN) won two times, just as much as Robert Zimmermann, German’s hope, who now qualified for the World Championships who won the event exactly 5 year ago.

But also other famous judoka became winners in Berlin: Slovenians Lucija Polavder and Urska Zolnir, German Claudia Malzahn (both in the pictures) and Romy Tarangul, former World Champion Craig Fallon (GBR), Japanese Takamasa Anai and Yuka Nishida are respectful fighters who have earned there credits in the world. Follow the European Cup this weekend.