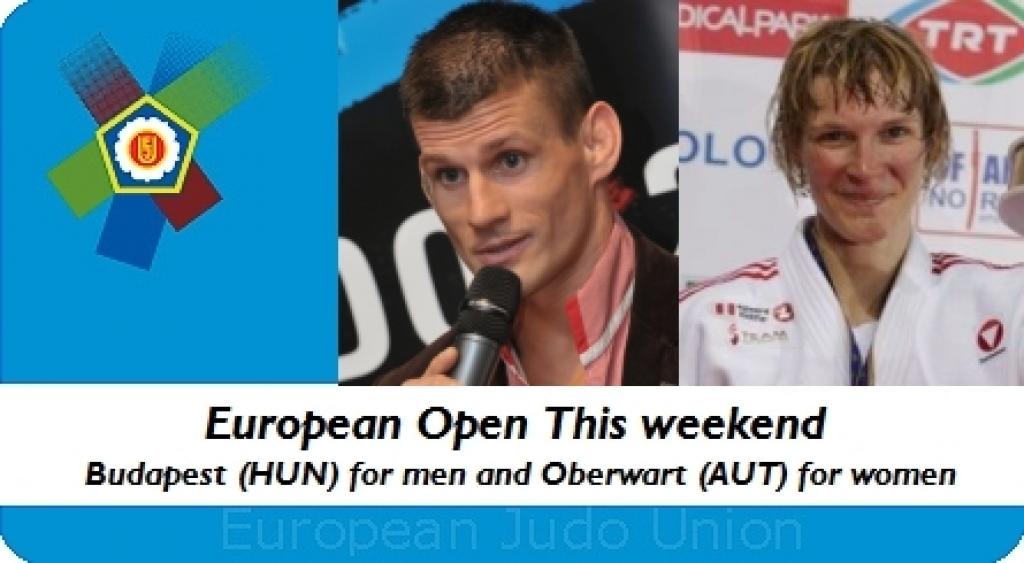 This weekend two European Open events take place. The men have arrived in Budapest, Hungary and the women will fight in Oberwart, Austria.

The European Open, the former World Cup, in Budapest will have many strong judoka, approx. 300 are expected, 28 from the home country. Quite a young team with an average age of 23 years. Some experienced gentlemen such as Miki Ungvari who fought the final against his brother Attila in the previous edition in 2011. Also Sándor Nagysolymosi, Balint Farkas, Krisztian Tóth and Barna Bor are expected to fight.

Teams from Korea, Mongolia, Japan, Brazil, United States and many European nations have registered for this event that takes place since the seventies under the name of the Hungaria Cup.

In Austria the women prepare themselves for the European Championships later this year in Hungary. In Oberwart the most talented judoka some together for the second time. Before the tournament was held in Vienna and Leonding. In 2011 six out of seven categories were won by Asian fighters, and since Europe is the strongest continent, this is ambition to change. Only Belgian Ilse Heylen was able to win gold U52kg in 2011. Last year the men’s event took place in Oberwart.

This edition Heylen is injured this edition. 147 Women have registered for Oberwart from 32 nations. Also teams from oversea such as Brazil, Canada, United States and Asian nations as Korea and Mongolia will send their most talented women.

One of the top flights will be Sabrina Filzmoser, the experienced former double European Champion from Austria who is fighting U57kg. Filzmoser was the last women to win the home event. In 2005 in Leonding Austria booked the last victory, another ambition to break with the talented team of Marco Spittka.

Besides Filzmoser, Tina Zeltner can go for gold as well in this category. U63kg Kathrin Unterwurzacher and Hilde Drexeler are the strongest Austrian candidates. With Bernadette Graf U70kg Austria has another strong fighter going for this missing gold medal since 2005.

Follow the event this weekend with live results and our live video stream: