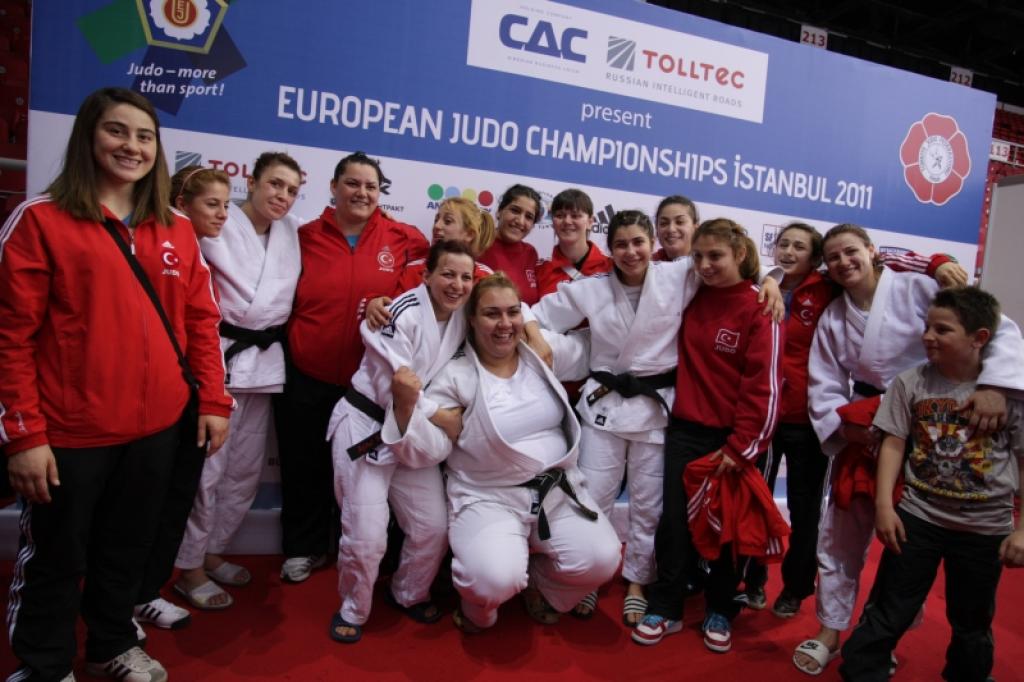 In the final fight of the European Team Championships for women Germany will fight France in the women’s division. Over the last six years France won six consecutive medals, three times they won gold, while the German women didn’t win any medals. However they are the current runner up of the last World team Championships.

Bronze:
First bronze was for the home team of Turkey. They were better against the experienced Russian team and repeated a sensational medal at a team event, just like at the world team championships in Antalya last year. The home crowd supported the team very well and created a sensational athmosphere.

The second bronze medal is going to the Ukraine. The Ukrainian women defeated Spain. The Spanish women competed with four instead of five judoka..

Bronze:
Germany vs. Poland. The Germans were better than the tired Polish team. Also they didn’t have the position in the U73kg category. The Polish coach sent talented Krecielewski who usually fights in category U66kg.

In the second bronze medal fight Georgia overclassed the Estonian team. They defeated Estonia by 5-0.