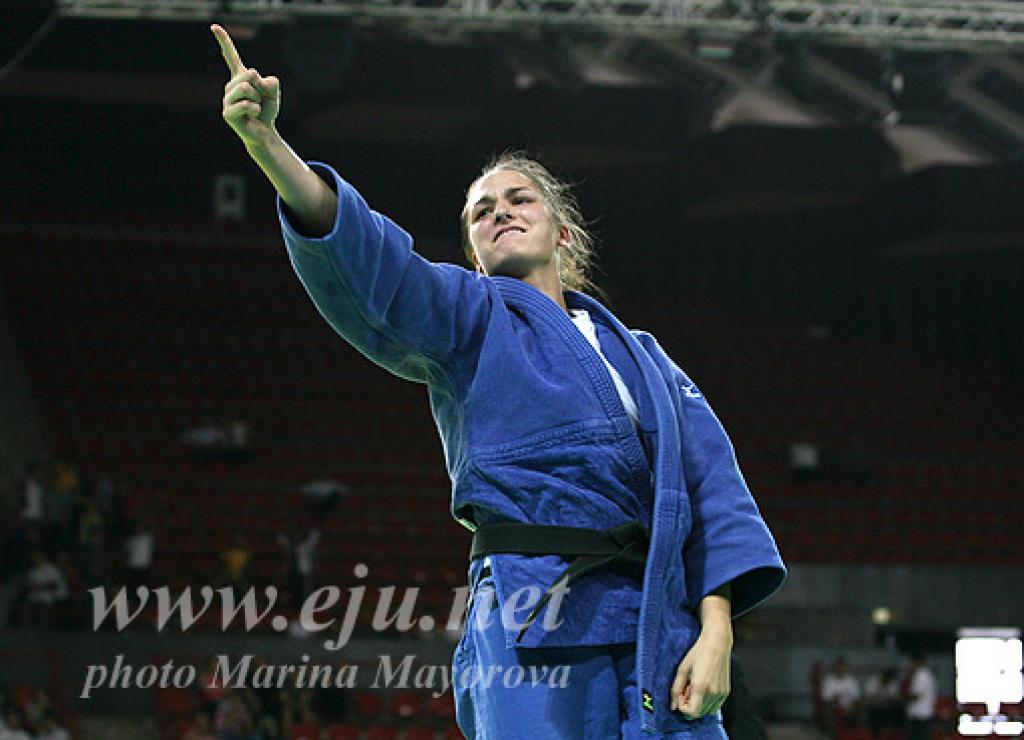 Last year Hungary won the medal table of the European U23 Championships in Zagreb with three gold medals. Barna Bor +100, Eva Csernoviczky U48 and Bernadett Baczko U57 were the winners for their country. None of these three winners will appear in Antalya. But Hungary still has a strong line-up the women’s team of five participants already collected 26 European and World Championships medals!
Barbara Maros was European U17 Champion in 2006 and 2007, Hedvig Karakas won European title U17 and U20 and this year won the World title U20 years in Paris and a senior World Championships medal.
Abigel Joo (pictured) prolonged her European U20 title this year.

The Netherlands followed Hungary last year with two gold medals in the women’s category, Linda Bolder will defend her title U70kg. She’s the only one this year who’s able to prolong her title. With 20 years Bolder was also the youngest last year to win the European U23 title. She was already European U17 (2004) and U20 champion (2007).