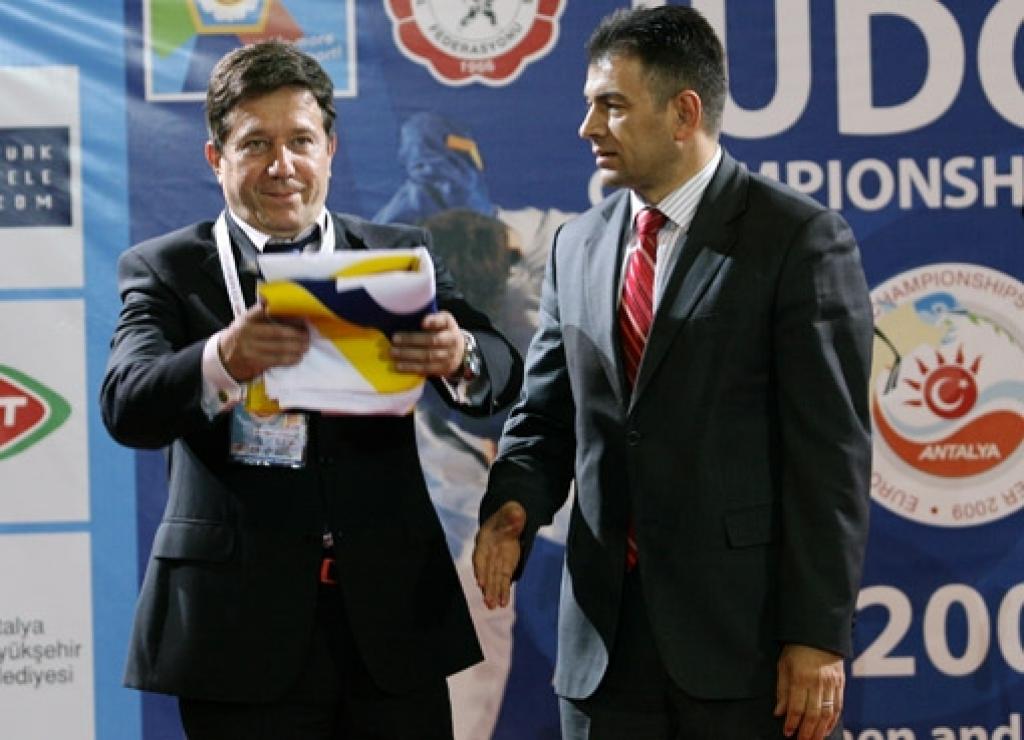 From Friday 14 new champions will be crowned in Sarajevo (BIH). Last year the championship was held in Antalya where three Russian fighters won gold, as well as two Italian, German and French fighters. Three of last years winners can prolong their titles. Hungarian super talent Abigel Joó, but now one category higher, U78kg. German’s Hannah Brueck U57 and Lucia Tangorre, Italy’s heavyweight star. She has to deal with Bosnian heavyweight Larisa Ceric. She won the first ever medal for her country at last year’s European U23 Championships. She is now eager to win the gold on home soil.

Bernadett Baczkó of Hungaria has quite a reputation at this championship. She has won an amazing number of five medals starting in 2003 until 2008, with her last two years as Champion. The Hungarians in total have a strong generation. Barna Bor won four medals as well as lightweight Éva Csernoviczky. Both fighters lead the all time medal tally together as they are the only ones to win three gold medals.
Andrea Chitu of Romania has a peculiar record of two silver medals. She joins five other fighters who won silver twice and never the gold medal, but Chitu is the only judoka who competes this year.

Of all European U23 Champions, only eight judoka made it to Senior European Champion. Ilias Iliadis (GRE) was the first in 2004.
Natalia Kuzyutina (RUS) won two European senior titles and one U23 title.
Abigel Joó (HUN) was the last one to win the double in 2009.

One of the exceptional talents is French Helene Receveaux who won both the U20 Europeans as well as the World Junior Championships this year.

Only eight judoka ever have won the youth triple: European U17, U20 and U23 Championships. Two of them of The Netherlands, two from Hungary.